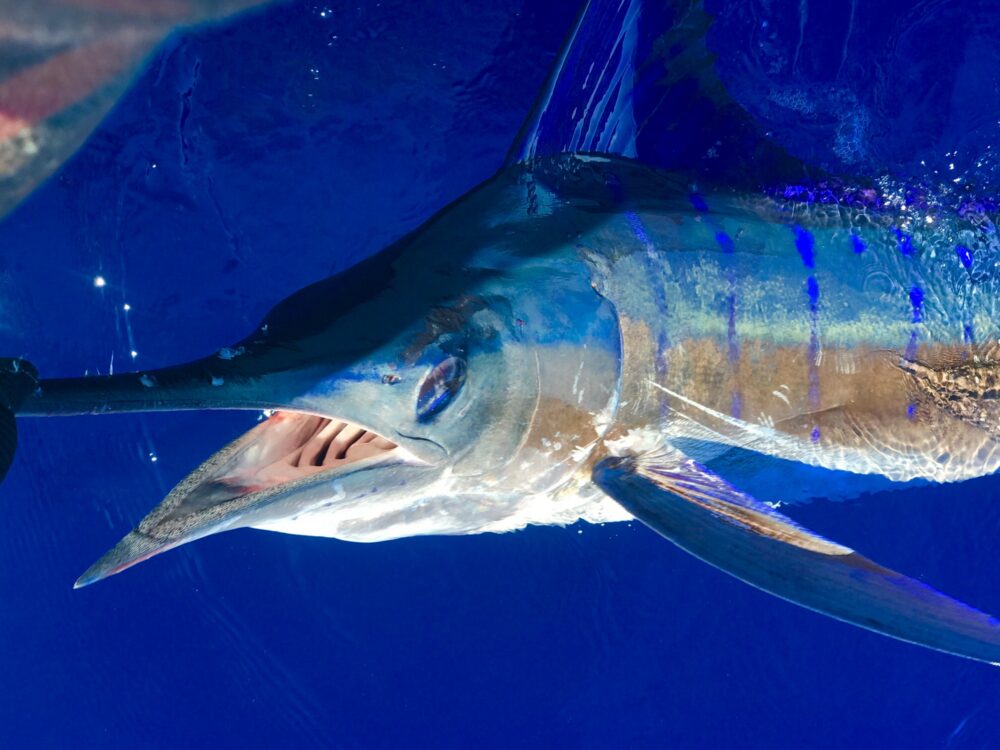 Do tube flies have nine lives? No, but more than one for sure 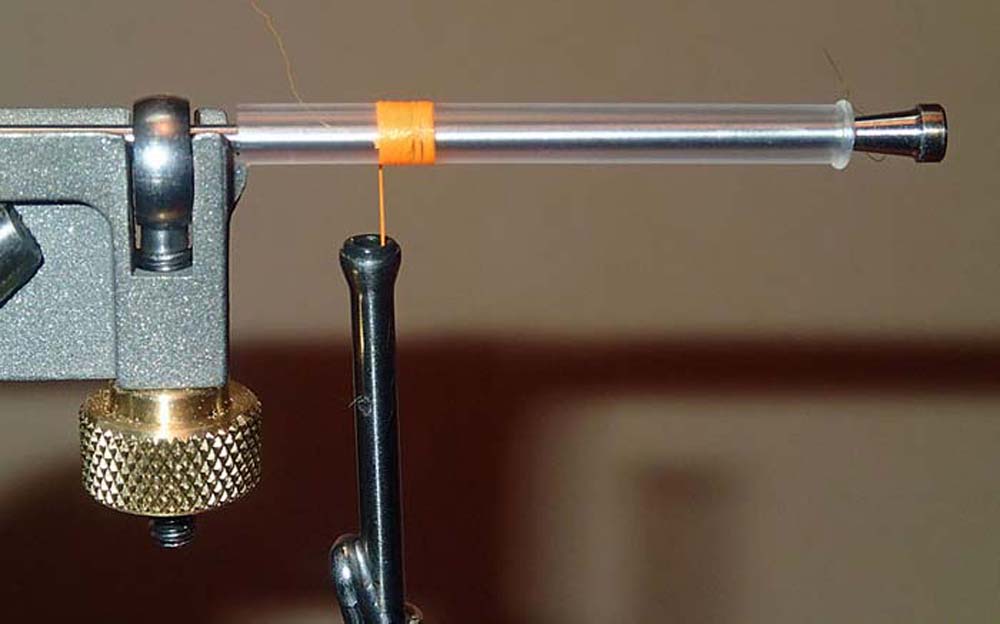 Going to the short, two-handed Henry Fly Rods brought on a Remembrance of Things Past – more youthful casting for distance and close-in accuracy restored. Relative effortlessness makes my angling outings an all day thing.

• Tying a fly on a long shank hook (streamers) creates recognized advantages for a hooked fish. A long shank hook can be better leveraged than a short shank hook. When pressed against an object – a bonefish on a coral outcropping, bass on a log, trout that retreat to rock cover, or as a lever on head shakes by using the hook’s weight.

• Short strikes can be frequent on hook-tied streamer flies. Many fish “nip” at a fly. Think anadromous spawners and ocean fish in particular. The former reacts out of memory or annoyance as they are never feeding while spawning.

• That nipping is alleviated with an added stinger hook, but in most cases, that creates a new problem – launching a brick.

• A fly tied on any hook tends to be more visible than a tube tied fly.

• A dinged point on a chemically sharpened hook is permanently compromised, and the fly is rendered useless. An offshore billfish fly could cost $25 — a #20 Adams $4, or personally tied would be the sum of material cost.

• A fly tied on a large hook does not penetrate as easily as a smaller, thin tapered inline “circle” hook. Think Gamakatsu Octopus or Owner Mosquito –others, of course.

If you can avoid tying a fly on big, heavy hooks, you will be moving towards eliminating short strikes, casting heavy flies, and, of course, catching less. Now, think tube flies

1. The number one advantage of tube flies is reason enough to adopt them: they are much easier to cast.

2. You can rig tube flies with smaller hooks than a counterpart hook-tied fly, much smaller in many situations, which will aid in casting and increasing hookups.

You can be quickly and manually reposition your fly hook up or down.

5. Tube flies are much easier to store – keep at the ready. There’s no hook to catch on anything. Hooks can be kept in their packets with sizes and styles available for use on a specific outing. Conventional wisdom on that score is that the hooks should have the tippet section already attached – ready to connect to a loop or a tippet ring. Changeouts are much, much quicker with tubes with no loss of the fly itself.

6. You can affix a smaller circle hook on larger tube flies intended for bigger game fish, which will increase hookups. Instead of an 8/0 on a conventionally tied fly, a 4/0 might do the same job on a tube fly.

7. Now, smaller tube flies can also utilize circle hooks as they are available down to size #6.

8. With a tube fly, a bent hook, or a damaged point doesn’t mean you lose a fly; just the hook – put on a new one.

9. A tube fly is inherently designed to break away or ride up the leader when a fish is on. The advantage there is the fly doesn’t get mauled – lives for another day. And the fish can’t use the weight of the fly as leverage on a head shake.

10. You can stick a dozen or more tube flies in one pocket and a half dozen hooks with attached tippets in another pocket in individual sandwich-size Zip-Lok bags, and you’re good to go.

NOTE: Inline circle hooks are size, feature, and shape limited. Currently only available as small as #6, straight eye and barbed.

You don’t need a special vise to hold the tube in place. Just buy an adapter. There are two types. One is a pin; the other has a flat flared piece attached to a pin – both anchor on conventional vises. A vise that rotates has advantages but is not at all necessary. The one thing that happens when you begin tying is that the tube rotates because it’s not anchored. The tube has to be jammed into the pin where it flares to a greater unround thickness.

You can use all kinds of hooks when tying tube flies: long shank, short shank, up eye, down eye, nymph, bait, circle – any profile and fly can stay the same. 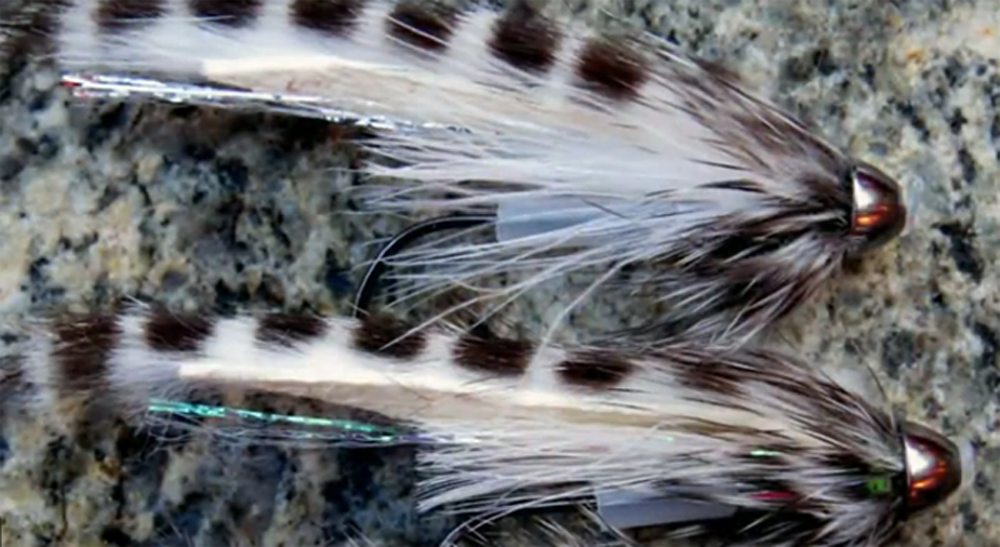 Modern-day tube flies were green-lighted in Europe a long time ago. The Brits launched the parade in the 1940s, but the Scandinavians led the way, using them for any species. In the Pacific Northwest, it’s been the British Columbians taking up the tube banner. At first, using them exclusively for steelhead, then salmon, and now the smaller Oncorhynchus mykiss. Beyond use outside of steelhead and salmon, only small pockets of believers exist in the American Northwest regarding the merits of tubes. Eastward to the Great Lakes Region, tubes meet isolated and geographic limits.

Where tube flies would outshine any hook tied fly, they mostly get ignored

Paradoxically, offshore bill fishers prefer tubes because of their advantages, as mentioned earlier. However, their sport is participant limited due to the entry fee, and its spokesperson publications are likewise limited to a few – principally Marlin Magazine. And story mentions of fly fishing for billfish using tubes are occasionally found in “other” saltwater fly fishing magazines. 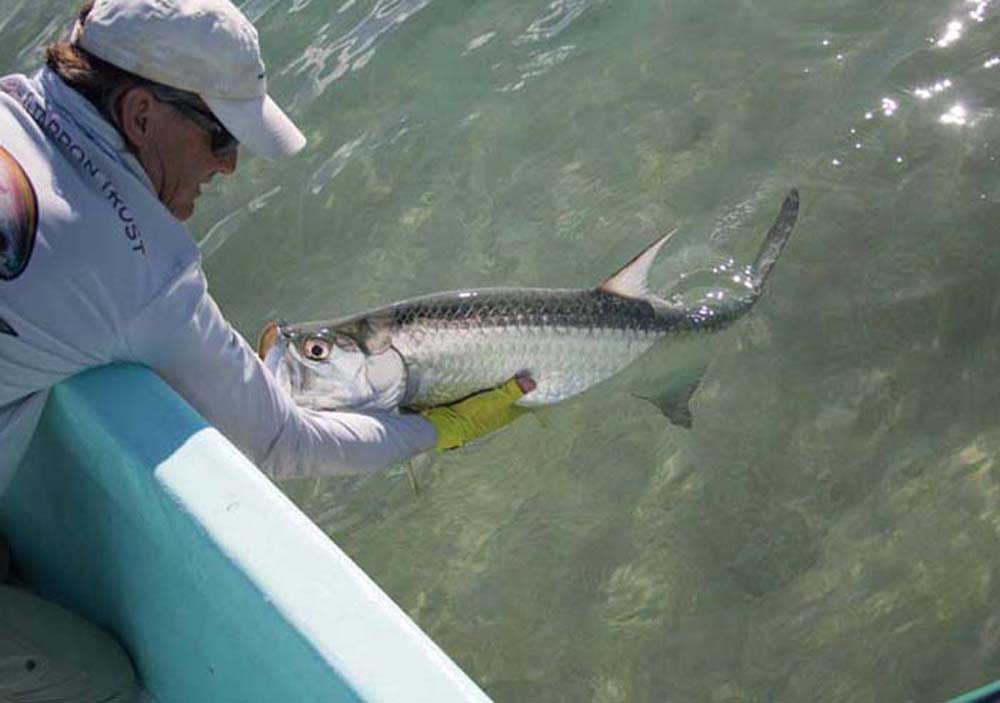 Try your local fly shop first. If they do not have what you’re looking for, they’ll get it for you.

NOTE: The following two articles appeared in Fly Fisherman in 2014. They both delve deeply into the minutiae of tubes.