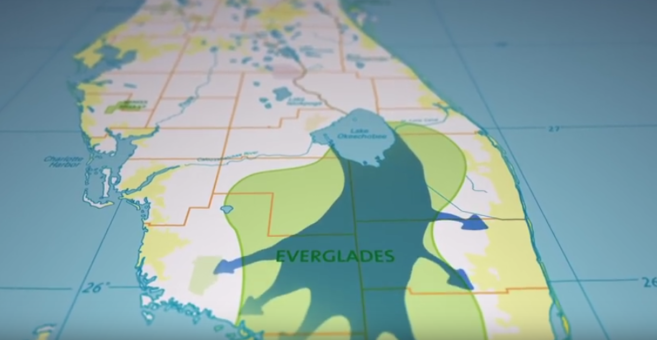 The following is a guest opinion post from environmental activist Erin Brockovich (with water quality expert Robert Bowcock) who has been trying to raise awareness about this issue on her social media. Published by News and Guts.

[dropcap]T[/dropcap]he most concerning issue for clean water in the United States today is not chemical, physical or financial, it’s politics.  This is not the time to stand down; this is the time to fight. It’s time to inform, educate and inspire action across America so that our communities and leaders are armed with the strongest weapon in politics:  facts, answers, truth, and solutions.

From the Flint, Michigan’s Drinking Water Crisis to the toxic Waste Discharges from Lake Okeechobee in Florida, the root cause is always a politically driven process. Had the greater community and/or the consumers been actively involved and armed with the knowledge of the alternatives and the consequence of those alternatives, and been allowed the real opportunity to participate in the process, the results would likely be very different. More often than not, the decisions made are made by those that have the most to gain, or the most to lose. The community that will ultimately be dumped on, or the consumers that are ultimately forced to drink water of poor or dangerous quality, are often not part of the process, cut out by powerful corporations and big lobby dollars.

Today, a regional disaster is unfolding before our eyes in the State of Florida. The Governor declared a State of Emergency over a month ago which will likely last through the end of the year. Death and destruction of the ecosystem resulting in gory photo-ops, which are a daily occurrence… yet there has been little to no media attention given. Facts are being twisted, and a well-coordinated misinformation campaign has been launched. While the discharges from Lake Okeechobee have presented serious ecological and environmental problems for decades; and yes, there have been problems with flooding of the downstream watershed for centuries, local, state and federal politicians, and the corporations that control them, have been holding back on decades-old promises of solutions that, had they been implemented, would have prevented what has now become an ecological, public health and economic catastrophe.