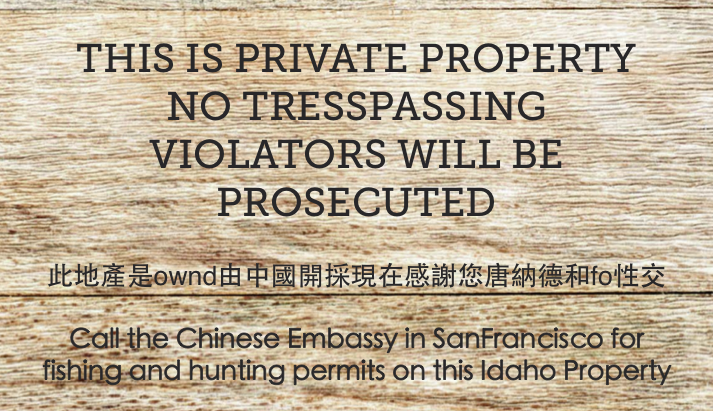 So far, good hunting and fishing outcomes are “Slip slidin’ away”

The following list is headlines and introductory snippets of Trump’s Sherman-like march on public lands, science, and the environment through 2018. If you click on “Read complete story” . . . You can read all the 2018 summaries on ONE CLICK, as well as those of his first year of office, 2017.

You’re not going to like the facts. – Skip Clement

The Trump administration has promised vast changes to U.S. science and environmental policy—and we’re tracking them here as they happen

[dropcap]T[/dropcap]he Trump administration’s tumultuous presidency has brought a flurry of changes—both realized and anticipated—to U.S. environmental policy. Many of the actions roll back Obama-era policies that aimed to curb climate change and limit environmental pollution, while others threaten to limit federal funding for science and the environment.

It’s a lot to keep track of, so National Geographic will be maintaining an abbreviated timeline of the Trump administration’s environmental actions and policy changes, as well as reactions to them. We will update this article as news develops.

The Trump administration announced a long-expected plan to dismantle an Obama-era policy that would have increased vehicle mileage standards for cars made over the next decade. The Obama rules were intended to limit vehicle emissions of greenhouse gasses that contribute to climate change.

Juliana v. United States, a lawsuit filed by 21 children against the federal government over climate change, is headed to trial later this year, after the Supreme Court rejected the Trump Administration’s efforts to derail the case.

On Thursday, the Trump administration unveiled a proposal that would make several key changes to the Endangered Species Act—the 1973 law that has served as a bulwark against the bald eagle’s extinction, among thousands of other species.

EPA administrator Scott Pruitt resigned on Thursday, ending the tenure of the most divisive U.S. environmental lead in decades.

Pruitt’s resignation, confirmed by President Trump in a statement on Twitter, comes after months of criticism and an ever-growing pile of ethics scandals.

Media reports found that Pruitt had racked up hundreds of thousands of dollars in first-class flights, a $43,000 soundproof office phone booth, and more than $1,500 in fountain pens. A recent CNN report also alleges that Pruitt made his staff omit parts of his schedule from the public record.

Environmental Protection Agency Administrator Scott Pruitt proposed a rule Tuesday that would only allow the agency to consider in its rule making scientific studies for which the underlying data are made available publicly. “The science that we use is going to be transparent. It’s going to be reproducible,” Pruitt told reporters.

The White House is currently reviewing a regulation that some environmental groups fear could nix protections granted to nearly 300 threatened species.

In a press release, EPA administrator Scott Pruitt announced that the U.S. government would revisit the Obama administration’s fuel efficiency standards for cars and light-duty trucks—the first step in a rollback of one of the U.S.’s biggest efforts to curb carbon emissions.

In a move that pleased conservationists and infuriated cattlemen, Secretary of the Interior Ryan Zinke announced his support for efforts to return the grizzly bear to the North Cascades ecosystem.

NPR reports that the U.S. Federal Emergency Management Agency has stricken “climate change” and associated verbiage from its strategic plan, on the heels of one of the most expensive years of natural disasters in modern U.S. history.

The Trump administration is thinking about reorganizing an EPA group that funds research on children’s health and environmental health disparities affecting minorities and the poor.

In its FY2019 budget and addendum, the Trump administration has proposed sweeping rollbacks to U.S. programs designed to study and mitigate the effects of climate change, as well as cuts to research on renewable energy.

The Washington Post reports that in its 2019 budget, the Trump administration is seeking to slash Department of Energy funding for renewable energy and energy efficiency initiatives by 72 percent.

In a brief legal memo, the Trump EPA has dropped “once in, always in” (OIAI), a Clinton-era EPA policy that aimed to lock in reductions of hazardous air pollution from industrial sources.

While going from 11 tons of emissions to nine is technically a reduction, it’s actually more pollution relative to what the facility could have achieved by complying with MACT standards. This phenomenon, called “backsliding,” is what OIAI aimed to prevent.

MOST OF NATIONAL PARKS ADVISORY BOARD RESIGNS IN PROTEST

Nine of the 12 members of the National Park System Advisory Board resigned on January 15, the Washington Post reported on January 16, in protest of Interior Secretary Ryan Zinke’s refusal to meet with them.

A new report finds that in the first year of the Trump administration, U.S. government websites have been systematically altered to cut mentions of climate change. However, there is no evidence of tampering with climate data.

About the contributing authors:

Michael Greshko writes online science news stories on everything from animal behavior to space and the environment.

Laura Parker is a staff writer who specializes in covering climate change and marine environments.

Brian Howard is a senior writer covering environment, science, technology, and other topics.

Daniel Stone is an editor for National Geographic magazine and covers science, technology, and agriculture. He is the author of The Food Explorer, on the life and adventures of food spy