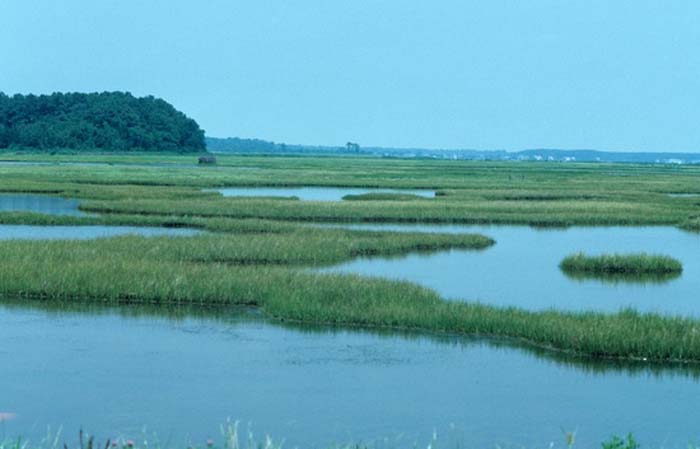 Estuaries: Nurseries of the Sea – from waterfowl to salmon, and shrimp to tarpon

Estuaries provide a rich habitat for ocean and freshwater species for reproduction, feeding, and growing. A NOAA image.

[dropcap]E[/dropcap]stuaries are bodies of water located where rivers meet the sea or, in the case of freshwater estuaries, a large lake. The flowing river spreads out and slows when it meets the sea, creating a range of unique conditions that are not found elsewhere. This variety of environments provides homes for diverse wildlife, including popular fish species.

Estuaries are often called the “nurseries of the sea” because so many marine animals reproduce and spend the early part of their lives there. As the tide rises and falls, water depth and chemistry changes, creating a wide range of habitats. Filtered by plants such as marsh and seagrasses, moving water becomes still, allowing mud and food particles to settle at the bottom. These variations create safe conditions, making estuaries ideal homes for plants and animals who feed, grow, or reproduce there. Estuaries are also a major stopover point for migratory animals such as waterfowl and salmon.

Our coastal estuaries include brackish or freshwater marshes, mangroves, seagrass beds, and salt marshes. You might also find oyster reefs, kelp forests, and rocky or soft shorelines—each populated with creatures that thrive in that setting. With so much variation, it’s no wonder that estuaries are among the most productive ecosystems on Earth.

Most of the fish and shellfish eaten in the United States—including salmon, herring, crabs and oysters—spend some or all of their lifetime in estuaries.

Besides being an ideal home for fish and wildlife, estuaries are also a good habitat for people. Twenty-two of the 32 largest cities in the world are located on estuaries. Notable U.S. estuaries include New York Harbor, San Francisco Bay, Boston Harbor, Tampa Bay, and Puget Sound.

Each estuary displays unique beauty and attracts many visitors, who come to hunt and fish, birdwatch, take photographs, hike, canoe and kayak, and observe wildlife. Our coastal communities rely on beautiful and bountiful estuaries for recreation, jobs, tourism, shipping, and fishing. 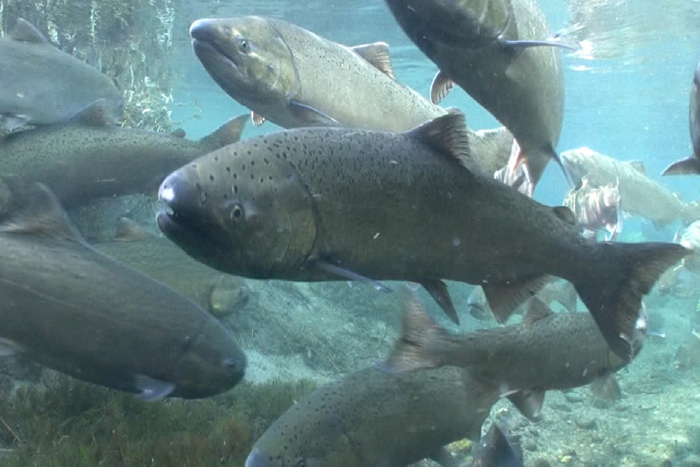 These and other spring chinook salmons, as well as all anadromous and catadromous fish, will pause at the mouths of riverine estuaries before a spawning run, and their offspring will use the same inlet as a haven. Spring Chinook Salmon. Photo courtesy Michael Humling, US Fish & Wildlife Service.

Estuaries filter out sediments and pollutants from rivers and streams before they flow into the ocean, providing cleaner waters for humans and marine life. Their broad, shallow nature allows them to absorb sudden surges of water from storms, floods, and tides, protecting our homes and communities.

Where estuaries meet the sea . . .