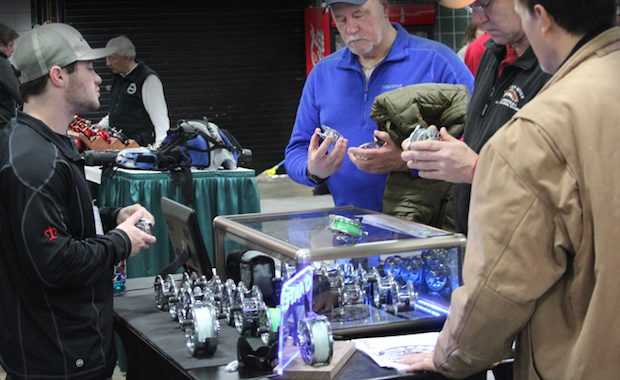 [dropcap]T[/dropcap]he annual Fly Fishing Show is really a pretty cool event that brings together, under one roof, most of the industry’s best products and legendary iconic people. It is a treat to have all of it in one place for a long weekend. It is so many things all in one. It is a classroom, a fly shop, a think tank, a marketplace, a bargain basement for avid fly tyers and much more. Imagine being really into the NFL and having a traveling circus that included the likes of  Joe Montana and Dan Marino, in a setting that allowed you to watch them perform, listen to them speak, and meet them in a casual manner. The Fly Fishing Show is sort of like that but for fans of fly fishing. The fact that it roams throughout the country to give folks a chance to soak it all in within a reasonable driving distance is a real treat. If you haven’t attended one of these events and you love the sport of fly fishing, do yourself a favor and check one out. 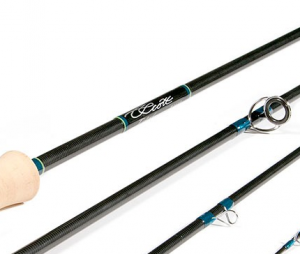 This year the Fly Fishing Show tour has had high energy and attendance has been very solid. One weekend is barely enough time to scratch the the surface of what is available in the way of product, materials, presentations and general carousing. Scott Fly Rods’ new moderately priced, Tidal series ($475), stood out as one of my favorite new obsessions. The nine weight is fast and responsive with a tip delicate enough to present a fly without an astounding splash down effect. The Tidal is light in hand and somewhat reminiscent of the higher priced S4S rod series. Sharp blue coloring highlights the wraps over sleeve ferrules and guides. Their very friendly and approachable rod designer, Jim Bartschi, hung out at the booth all weekend and stressed his intentions to “create a rod that casts and turns flies over easily.” The Tidal series is successful in that goal and many areas and they are indeed a delight to cast.

When I go to the Fly Fishing Shows, I inevitably wind up spending an inordinate amount of time gawking at some of the worlds best fly tyers. Recently, I spent much time watching fly tying genius, Jonny King, produce amazing saltwater streamers using a simple technique utilizing Senyo’s Laser Dub to create beautiful bodies with an array of different profiles. Alewife and sand eels were our main focus, tied on both tubes and Varivas saltwater J hooks. These were beautiful creations that were quickly demystified by King and his seemingly endless supply of patience as my fellow guiding buddies and I rapid-fired questions at him as we nursed numerous cold IPA’s. This alone was worth the price of admission. 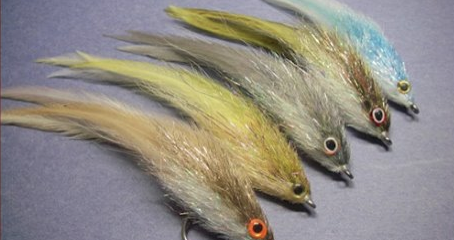 Some of King’s creations…

Simms Rivertek 2 Boa Wading Boot really caught my eye as well. They are seemingly bomb proof, and include the ingenious Boa cable lace system. The boots interior is snug and offers much in the way of support and comfort. The designers at Simm’s did a really thorough job from conception through production on this stellar pair of boots. Try them on at a dealer near you and you will catch my drift.

Nautilus Reels’ Silver King saltwater reel has been very well received and looks amazing. The Silver King is the latest addition to the CCF-X2 line. I haven’t tested the drag system yet, but these guys know how to stop fish, so I know that it’s dual carbon fiber sealed drag is not going to be a problem. The Silver King sports a five inch spool that picks up 14 1/2 inches of line per turn and it is the lightest reel (9.1 oz.) in it’s class. Kristen Mustad has designed another stunning piece of functional art here. Form meets function. 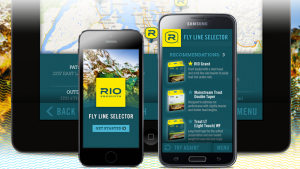 Definitely worth mentioning is RIO Product’s Fly Line Selector App. This app makes choosing the right fly line for your specific fishing needs, much easier. I think this is a great innovation that takes the confusion out of picking from their ever expanding offering of fly lines.It’s a little like having their designer, Simon Gawesworth, in your pocket all the time. You won’t buy the wrong line ever again.

Available for free at iTunes 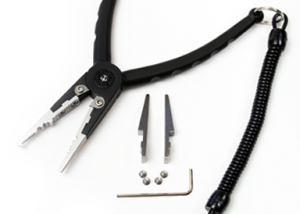 Quickly becoming well known and respected in the fly fishing reel realms is relative newcomer, 3-TAND. While they are pumping out great reel designs, a lot of people may not be aware of their Surgex S-6+ Pliers. These lightweight pliers are pack great features, most notably the inclusion of an extra set of tungsten jaws designed with a split ring tool at the tip of the jaws. Convergence of tools is appealing and 3-TAND has done a nice job of that here.

If you have never made it to one of these Fly Fishing Shows, do yourself a favor and check one out. You will run into fly fishing friends from the past and inevitably meet new ones as well. Rub elbows with Hall of Famers and industry stalwarts. Pick out your next destination and daydream about what lies in the season ahead. Grab a great deal on last years products or set your sites on the latest and greatest gear for upcoming year.