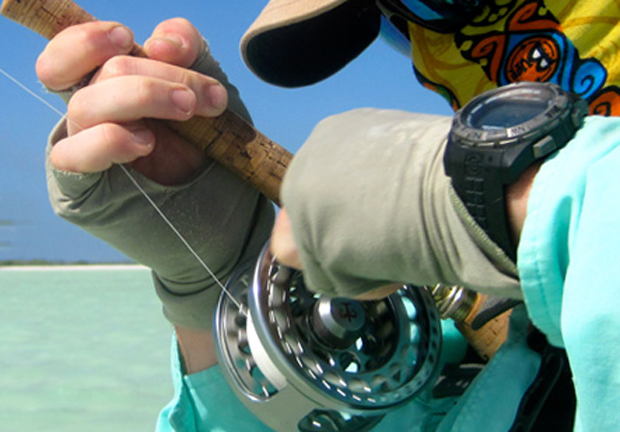 [dropcap]T[/dropcap]he first fish I caught on a fly was a steelhead. I hooked three that initiation day in the upper peninsular of Michigan. I landed one. They were all irritated into a strike while paired-up on gravel beds. The flies were traditional trout and salmon flies. I can’t remember exactly what the flies were called by name. Too many years ago, and I was then a beginner.

I recall the reel, but not the rod. The latter was brand new and in a wooden case. It was made in Michigan by a craftsman whose name I can’t recall. Designations on the rod were the signature and three letters – HDH (a line designation of double taper 6-weight). The rod was two piece and well under 9-feet. There were two extra tips. It was a hexagon and built with Tonkin cane.

The reel was a beautifully crafted Bogdan, which I subsequently bought for $100. All the other details long ago forgotten.

From that experience, I bought my own bamboo rod built by a U. S. Steel (Homestead Works) millwright craftsman named Tony Morselli. Tony and I became good friends and fished Pennsylvania’s vast riverine stretches for years.

The bamboo rod was probably the equivalent of today’s graphite 5-weight and cost $130. It only required one repair in the five years I fished it. It was stolen from my car in Cedar Creek, Pennsylvania; probably for the Bogdan reel that caught the Michigan steelies.

Not a cheap one from the orient or a vintage collectible, but one currently built by a craftsman here in the U. S. or Canada. Someone that probably cut his teeth on graphite would be a good go-to person. They would know, by that graphite experience, what a fly angler wants in rod performance. And I have yet to talk to a cane rod builder who doesn’t avidly fish.

Is bamboo different from fiberglass?

Yes and no. Yes, it feels different. No, it’s not an under achiever in distance, accuracy or lifting. The best way to introduce yourself to a bamboo rod is to first cast comfortably short with the least amount of personal power applied to make that distance. Cast several times at that distance so you feel the rod working, not you. Then increase distance in small increments with multiple casts at each distance. You’ve got to feel the line load the rod, and slow down.

Overpowering the rod is almost 100% of the gone-wrong casting with bamboo. Bamboo wants to work for you. It’s like a sheep dog – let it work.

Back to the Future

Today, there are more kinds of bamboo rods than any type of other rod. Bamboo and fiberglass get a lot of coverage these day with the word ‘resurgence’ found in every hot-off-the-press article about them. Reality is that bamboo never went away, nor did fiberglass, but there is no question that there is a resurgence of interest in both.

My second fly rod type was born out of the 40s; fiberglass. It was refined by the time I switched to it. Three came into my possession. A 5-weight an 8-weight and a 10-weight. All three built by Tony Morselli. Those three rods caught several fish while traveling the world: trouts, Pacific and Atlantic salmon, a sailfish, peacock bass, smallmouth bass, rooster fish, bonito, dolphinfish, sharks, tarpon, snook, bonefish and myriad of other species.

Their fate: one never made home for Columbia – a luggage loss; one was chewed by my beagle puppy and one I gave one to an employee. I was moving on.

Although graphite was introduced in the 1960s, I switched to it in the 70s. Graphite rods were lighter and faster action fly rods than my fiberglass rods. So called improvements came with the territory of graphite, almost always in the names of lighter, faster and stronger – and that boast continues today.

Then the Redington phenomena of the 90s took the sleepy world of rod building by a Katrina-like storm. It was a lifetime guarantee, which was actually introduced by Orvis. An iconic company whose impact on the fly fishing scene had wained. The guarantee shook-up the landscape.

The phenomena of a book and movie

In 1992, the movie A River Runs Through It started a fly fishing stampede and interest in its beauty grew the fumble prone fly fishing industry faster than bacteria. Orvis’ guarantee was serendipitously timely and it was a serious bid to get back in the ‘bigs’.

The inimitable Jim Murphy, workhorse Dave Redington and his wife Margo, all from Stuart, Florida entered the fly rod market with a good, inexpensive fly rod that had a lifetime guarantee. Redington Fly Rods exploded on the market.

The movie, lifetime guarantee and Redington Rods factors flipped the industry on its head. From it came smarter management, marketing, better service (which had been horrible), better fly rods and higher, and now astronomical pricing.

Yes, you’re now paying 100s of dollars for that guarantee

The other thing that pervasively persists today is each year’s new fly rod model is the greatest thing since sliced bread. The better than sliced bread model of two years ago is barely mentioned. Truth is, today good casting fly rods are not so hard to come by – ask Lefty Kreh.

But it still all boils down to how well do you cast and how accurate are you?

Modern graphite fly rods can throw more than one line class. For example, a good 7-weight can throw a 6-weight, 7-weight or an 8-weight flyline.

Most single handed fly rods are from 7-feet to just a bit more than 9-feet. When they reach 10-feet in length they can be switch cast with an extended butt, and move into a different class – two handed rods. However, most switch rods can straddle both world’s because they can be overhand cast as well a swung cast like a Spey rod.

When fly rod builders talk about casting performance, they’re describing action – a measurement of two factors. One, how much and where the rod bends when flyline fully loads the rod. Two, how fast does the rod recover from that bend.

While trout fly fishers say the rod and its mending ability are the most important factors, fly fishers of the brine don’t agree. They know differently. It’s not just the stick for them, it’s the reel as well. A trout angler’s reel only holds flyline – needing no other credible function, and I’m not talking steelhead trout. A saltwater angler relies heavily both a fly rod and a reel. In combination, they have to slow down, turn, stop and lift a fish.

Some quick notes / rods and reels

Buy from a fly shop. Ask to cast a few rods – knowing of course, what you’re going to primarily fish for. A fly shop employee, manager or owner will be at ease once he or she knows your target. And knowing what your fishing for and your honest telling of your skill level will make both choosing a rod and lining your rod a lot easier. The latter is a very a big deal.

If a fly rod that was the greatest thing since sliced bread three years ago, and is on sale for half off; jump on that deal. Always, it has to have an anodized reel seat if a 7-weight or above.

Never buy a cheap reel for the sake of being thrifty. Always buy the best you can afford.

If you’re coming South Florida to fish a pier, surf or on foot, pick up a copy of this book if you’d like to catch something while you’re at it. 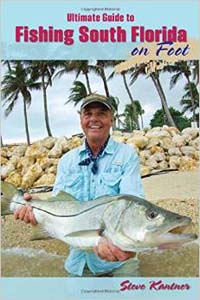 Here’s two fly shops website’s you should be aware of: For the Keys, Florida Keys Outfitters . . . or for Everglades National Park, lower Gulf coast or Biscayne Bay, Fly Shop of Miami . . .

For a look at some award winning reels: 3Tand Reels . . .