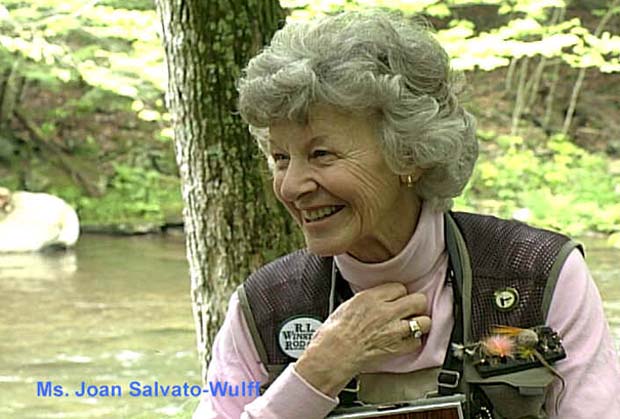 The Series: Important Women in the History of Fly Fishing; Joan Wulff

“Exhibition Profiles” are from the book, A Graceful Rise, written by Catherine Comar, executive director of the museum. Promotional narrative for National Endowment for the Arts is provided by Fly Life Magazine.com. Copyright the American Museum of Fly Fishing (AMFF) – 2014. Many more images are viewable in the book.

[dropcap]O[/dropcap]ne of fly fishing’s greatest twentieth-century pioneers is none other than Joan Salvato Wulff. She has been participating in the sport for more than seventy years, and she has singularly proven that fly fishing is not just a man’s sport. 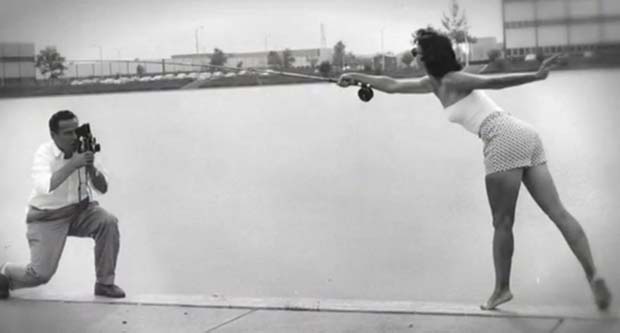 In 1948, noted fly fisher Charles Ritz invited Joan to the first post-war fly fishing event to re-open in Europe, and she won the competition in an impressive fashion at only 21-years-old. In 1951, she became the first woman in history to win the Fisherman’s Distance Event, casting 131 feet against all-male competition, a truly remarkable achievement.

Joan Salvato was born just outside of Paterson, New Jersey, in 1926. Her father Jimmy was an avid outdoorsman who owned the Paterson Rod and Gun Store, wrote an outdoor column for the local newspaper, and was a member of the Paterson Casting Club. Her father introduced her to fly fishing when she was ten years old (and after she showed interest in fly fishing by casting his rod without permission). The local casting club was a popular gathering place, and she began winning club casting competitions in 1937, just one year after picking up a fly rod. She continued to win club and regional casting competitions in 1938, 1939, and 1940, and caught her first trout on a fly in 1939.

In 1943, at age sixteen, Wulff graduated from high school. That year, she competed in—and won—her first national casting competition: the women’s dry-fly accuracy championship at the National Association of Angling and Casting Clubs competition in Chicago. Wulff again competed as an amateur at the nationals in 1944, 1945, and 1946, winning women’s dry-fly accuracy all three years and the women’s wet-fly accuracy in two of these competitions, as well as the women’s Skish accuracy in 1945. Wulff received national recognition in 1945 when the now-defunct American Magazine wrote an article about Wulff, “No Flies on Joanie,” and featured images of her in fishing gear. That same year Pennsylvania Angler put her on the cover of their magazine. Her career was on the rise.

With the exception of 1947, Wulff spent the years between 1943 and 1951 competing and winning national casting championships. During these years, she won twenty-one championships. She concluded her amateur career by becoming the first woman to win the National Fisherman’s Distance Fly Championship with a long cast of 136 feet against an all-male field of competitors. Wulff then turned professional in 1952. She continued tournament casting until 1960 and won several more championships. She completed her casting tournament career with an unofficial women’s world casting record of 161 feet—there was no women’s division at the competition. 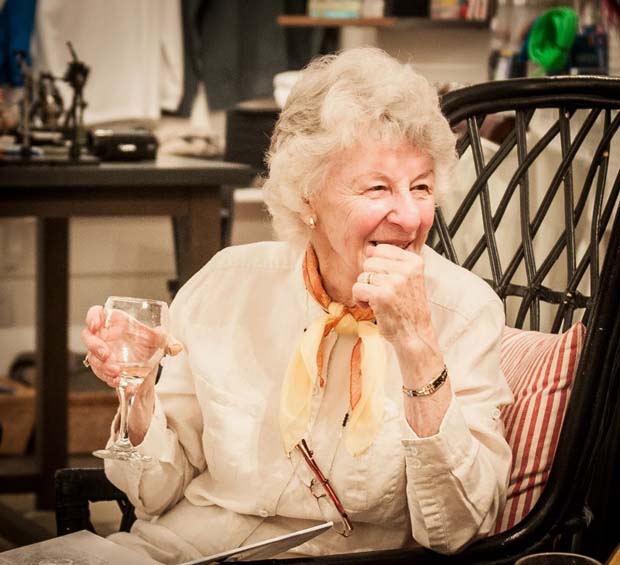 The Gathering of the Giants at Black Fly Lodge in the Bahamas. Pat Ford photo.

Wulff was hired by the Garcia Corporation in 1959. Garcia was the largest tackle company in the country, and Wulff was the first woman to be a paid spokesperson for a fishing company. She traveled the eastern states visiting tackle shops to promote Garcia products, made appearances at trade shows to demonstrate casting, and competed at fishing events under the company name. Wulff stayed with Garcia for nearly twenty years and left the company in 1976.

After a chance opportunity to film with famous angler and cinematographer Lee Wulff (1905–1991), Joan married Lee in 1967. Between work commitments, the couple spent time traveling and angling around the world, which was when Wulff was introduced to salmon fishing. Wulff spent much of the 1970s advocating for angling clothing and equipment that was better suited to a woman’s form. Her ideas were turned down by Garcia and Royal Red Ball, but in 1995 Amerex Outdoors finally made a woman’s vest designed by Wulff.

Lee Wulff encouraged his wife to think about using her casting skills as an instructor. By 1978, Wulff had put together a publicity brochure about herself, and in 1979 the couple founded the Joan and Lee Wulff Fishing School (today known as the Wulff School of Fly Fishing) in Lew Beach, New York. Through the casting techniques taught at the school, the couple designed (and Garcia produced) the Fly-O, the first indoor casting practice tool ever made. Wulff’s next move was to write about casting. By 1980, she had a monthly casting column in Outdoor Life magazine, and the following year she began a regular casting column in Rod & Reel (now Fly Rod & Reel) titled “Joan Salvato Wulff’s Fly-Casting.” In 1985, Wulff began to write a book that would be the first to analyze the mechanics of casting; Joan Wulff’s Fly Casting Techniques was published by the Lyons Press in 1987. Since then she has published Joan Wulff’s Fly Fishing: Expert Advice from a Woman’s Perspective (1991) and Joan Wulff’s Fly-Casting Accuracy (1997), and released an instructional DVD, Joan Wulff’s Dynamics of Fly Casting (1997). 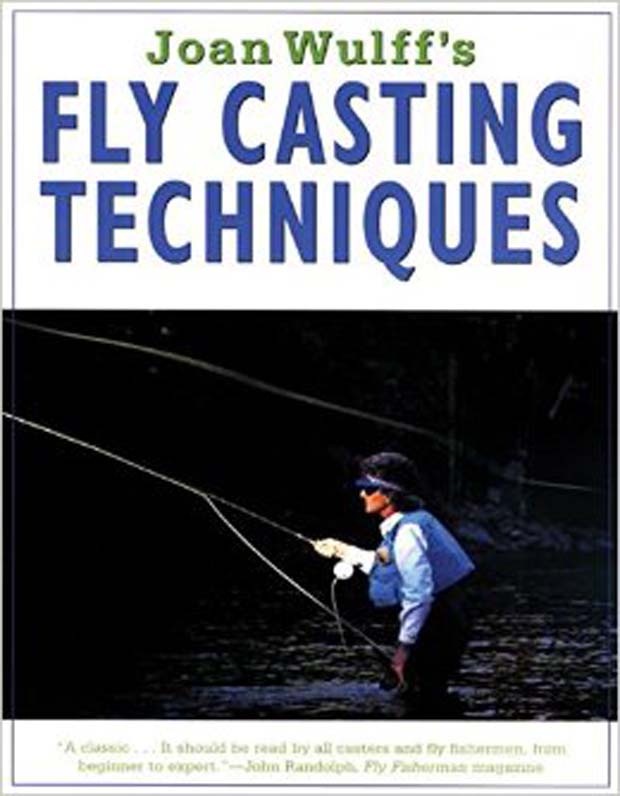 One of several books by Joan.

The accomplishments of Joan Wulff are staggering. She helped to found the Catskill Fly Fishing Center and Museum; she holds International Women’s Fishing Association club records for Atlantic salmon (1975) and brook trout (1966); she is a trustee of the Atlantic Salmon Federation and the International Game Fish Association; she is a senior advisor with the Federation of Fly Fishers; she has made multiple television appearances on ABC, ESPN, and PBS; and she has received more than twenty-two honors and awards, including induction into the International Game Fish Association Hall of Fame, the American Museum of Fly Fishing Heritage Award, and the Federation of Fly Fishers Lifetime Achievement Award. Wulff was honored in 1998 when a group of avid anglers from New Jersey named their club the Joan Wulff Fishing Club.

Joan Wulff and her husband, Ted Rogowski, spend time between New York and Florida pursuing fish on a fly. She is now comfortable with the title “The First Lady of Fly Fishing” and recognizes that her story and her career have inspired countless women to pursue the sport. Wulff is currently revising her first book as Joan Wulff’s New Fly-Casting Techniques and expects it to be republished in 2012. She is still very much a part of the Wulff School of Fly Fishing, teaching casting instructors and advising with Royal Wulff products. She also serves as an advisor to the R. L. Winston Rod Company and remains active with several clubs and organizations. One of her most cherished activities is fly fishing with her grandsons Alex and Andrew Cummings. 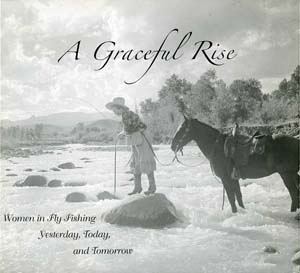