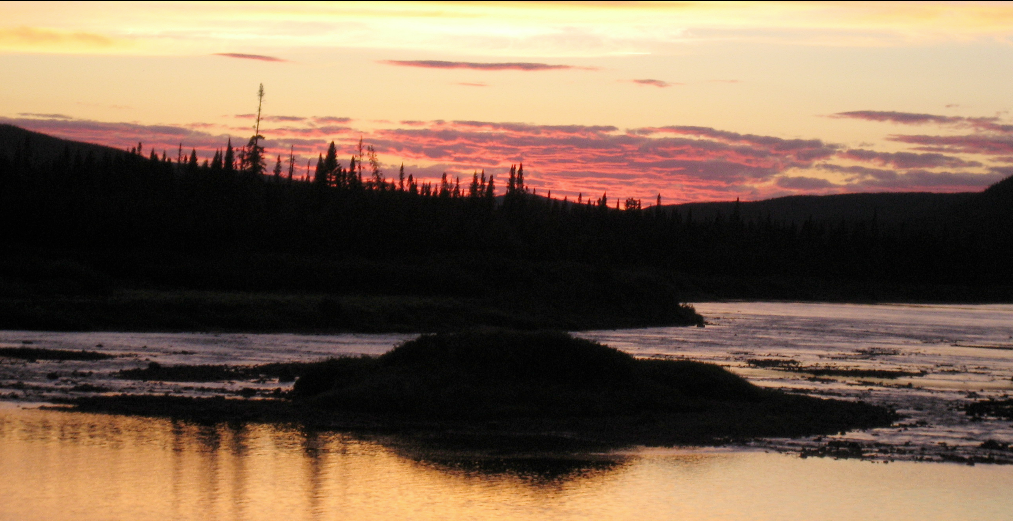 [dropcap]M[/dropcap]aurice turned to me and said that he wouldn’t take just anyone to try the pockets at the top of the Cripple Creek beat in high water, but that was when we were about halfway out into the river and clinging to each other for dear life. We found a big fish and it took us down river right just before lunch. After a blistering run my line went slack and my guide and I were crushed. 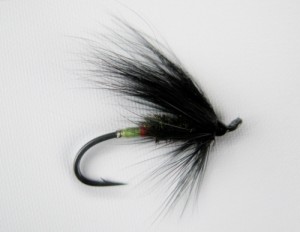 The Undertaker is always a good performer on the St. Paul’s.

I reeled in the fly line and nearly all my backing to find a knot had pulled – a blood knot I had tied and Maurice had eyed skeptically. Fish were hard to come by that morning, and I went into lunch with one caught, a big one lost, and not much confidence.

When Maurice, aka Moe, met me at 2pm, I could tell he was hellbent on raising some fish and ameliorating both his sport’s and his reputation. I felt the same. We found ourselves fishing a slow confluence at the top of some fast water on a beat called Ches. A large fish jumped near us as we methodically swung our #8 undertaker through the pool, and before I knew it there was an enormous splash.

At first the fish was cooperative, giving Moe just enough time to grab the net before bolting into the current on a downhill rocket ride back to the salt thirty miles downstream. I turned and asked at which point we should start running, and he said when I could see my spool. I screamed that we should go, now. he grabbed the back of my waders and we ran like fools with my reel smoking and rod high.

We stumbled, bumbled, and fumbled downstream chasing that fish and arrived in some fast water just above a large bay in the St. Paul’s River. Moe gasped in frustration and was sure the fish had tied us off on a rock, yet my drag began to click slowly once again, then much faster. The fish made a final run into the bay before finally being coaxed into some slack water.

Moe waited patiently and dead still while I guided the salmon gently into his net after an exhaustive fight. As with all fish on this hidden gem of a river, we released it live to continue upstream onto its native spawning bends. I knew then the day was done; I couldn’t possibly beat that fight and that fish, maybe ever.

Our fish measured 35″ with deep shoulders and easily tipped the scales in the high teens, maybe twenty once we all had a couple belts back at camp. See for yourself and let me know what you think… 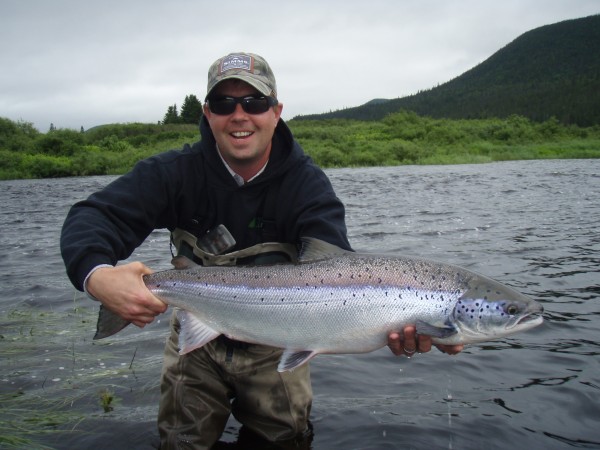