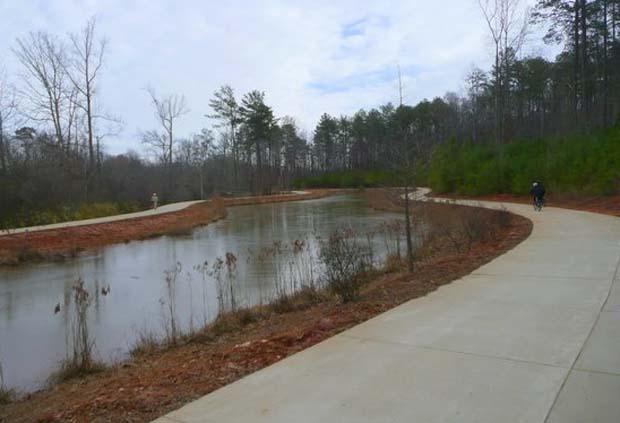 [dropcap]A[/dropcap]t a local fly shop, Alpharetta Outfitters, Alpharetta, Georgia there was a fly tying class for free. My favorite price. The instructor turned out to Steve Hudson, an author (several titles) and an experienced fly angler. The class was beginner in orientation and I thought I’d be bored. No, it turned out smaty pants didn’t know as much as he thought he did. I learned a lot and glad that I sat through it. His book, “A Structured Course in Fly Tying” is the best instructional book ever written on the subject of fly tying. I’ve practiced ever page over and over. There may have been a Decider, but Steve is the ‘Expaliner’. Many of his tips bring, Oh, tht’a why they do that, ah ha, or, that really is the easier way.

Why was Hudson showing everyone how to tie and inch worm and a San Juan Worm on #16 1x short hooks using green Chenille?

I kind of pooh-poohed the worm idea and just plopped them on my portable tying table and forgot about them and moved onto flies that would work, thinking wasn’t that where we started as kids, worms?

Well, was I in for a surprise – a big surprise. My new fishing buddy, Andy Moselli, a retired dentist from Alabama gave me a call and wanted to know if I was up to fishing for bream, crappie and bass on the Big Creek in Alpharetta, GA.

He went on to inquire about my fly collection for the following day outing. Saying, “Do you have San Juan worms, inch worms, ants or small, black #6 and #8 Woolly Buggers with a little Flashabou?” I have a few, but I’ll  have a bunch tomorrow, I said. I asked if he had any. He said, “Not enough – need different sizes and colors, I’m going to Alpharetta Oufitters now.” Stay put, I’ll tie up a bunch, I told him. He gave me what size hooks, colors and patterns. He could tell I was put-off by his bigger than expected needs. After a pause he said, “I’ll buy Lunch.”

Big Creek Greenway is an on going project passing though several suburbs north and west of Atlanta, GA. It follows the flow Big Creek and provides lots walk-in fishing, nature viewing and biking. No, you won’t be alone, but will have patches of time to yourself.

The following day we met at around sun-up at Big Creek Greenway (Alpharetta portion) ready to rumble. The weather had cooled, a lot. We spotted activity immediately.

No day was ever more chock full of catches – multiple fish fighting for every morsel pitched at them. The brownish San Juan’s on 12’s and green Inch Worm patterns on 16’s worked best. Bream accounted for most catches, and then small bass.

The fishing slowed down around 11, so we had lunch at the nearby mall.

We were back on the Big Green around 2:30 pm and the fishing changed, we were not getting hit on worms as much. I switched to a greenish, schalepen hackle on a #6 black Wooly Bugger and the bass hit it, but my hook-ups lacked. You need to have a vicious strike with bass, any model.

Fishing picked up to fever pitch again at 6-ish, but we were fried.

Moral here is don’t thumb your nose at worms