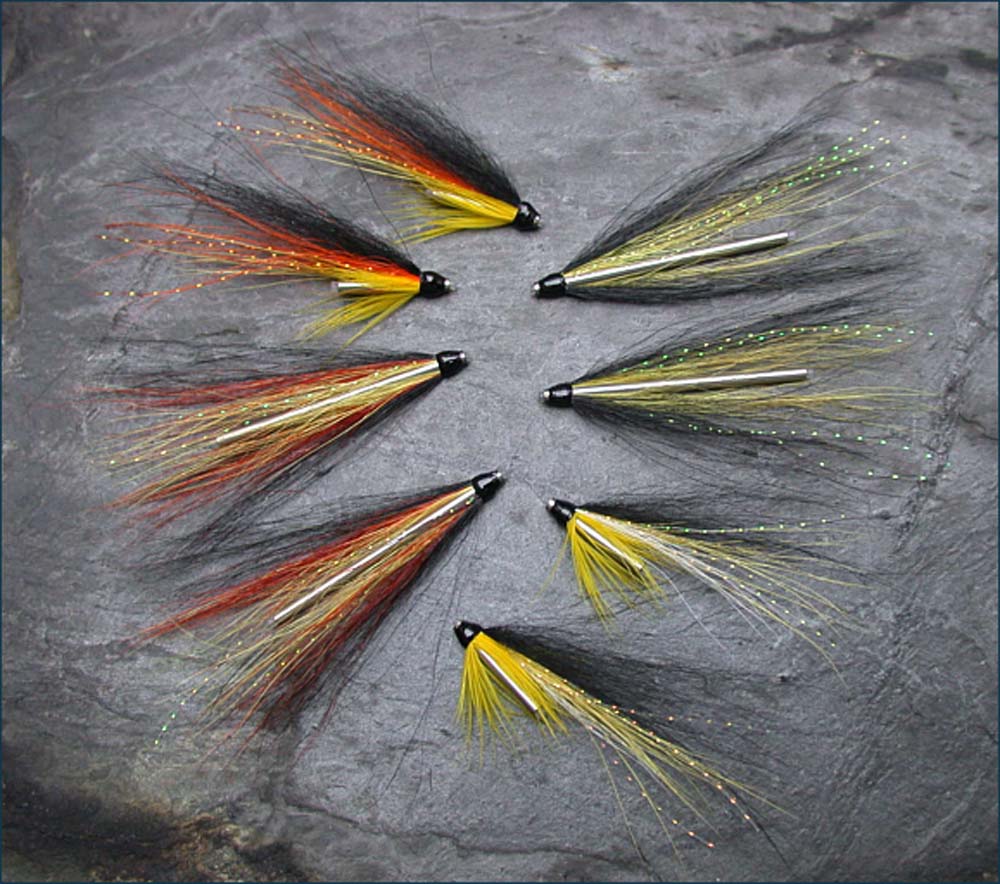 How and why tubes flies came to advantage hook-tied flies 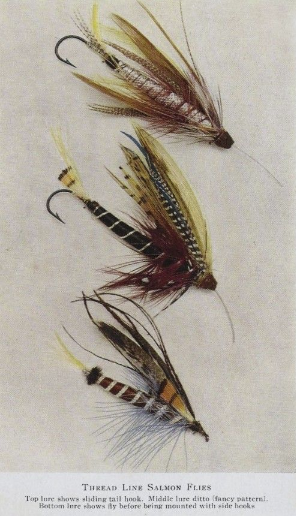 In 1932, British angler Alexander Wanless wrote The Angler And The Thread Line [Amazon $24]. In his book, he heralded why the fishing community should use his system. Alexander, a spin-fisher, wanted to bring the fantastic properties of the tube fly into his type of fishing. To do so, he devised a line of flies that could fish on a spinning rod.

Wanless explains there are various types of tube flies, some tied with trailing side hooks, tied on tail-shaped lead barrels, and others with stinger-like hooks. Those types of flies all had one thing in common; flies could be big and bushy but using small hooks significantly reduced the levering effect that long-shanked hooks provided salmon. Alexander describes it this way:

‘It has been observed that the first type of fly is designed so that when a fish is hooked, the fly will slide up the line out of harm’s way or rather to prevent it from levering the small hook out of the salmon’s jaw.’ — Fishmadman

For fly rodders, the credit for birthing tube flies goes to the lady 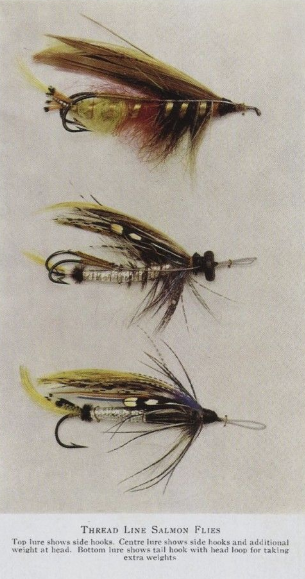 To the right: Color plate from The Angler And The Thread Line, showing other flies from the Thread Line Salmon Series. Top two with detachable hooks, the middle one with added weight enabling the angler to fish it on his light spinning gear. [Fishmadman]

Today, because of the much higher populations of Salmo Salar in the Canadian Maritimes and throughout Scandinavia, Atlantic salmon are tube-fished [skated or swung]. In addition, steelhead trout and Pacific salmons are the tube fly country for the Northwest U.S., western Canada, and, more recently Alaska [more than a decade ago].

However, currently, and surprisingly, east of the U.S. divide, excluding the Great Lakes and offshore bill fishers, tube flies remain a novelty to far too many anglers who only rely hook-tied flies, even when a clear disadvantage. Losing in that limitation, a much better hookup and catch ratio.

Today’s tube product manufacturers’ products no longer only incentivize tying large streamer-like flies but much smaller nymphs to emergers, as well as, dry flies on smaller diameter tubes no more complicated than tying on a hook. The latter is likely the point of why tubes remain a stumbling block for the fly-tying community.

My fly-tying club was introduced to tube flies by a migrant from Florida, moi, in the fall of 2014. As a result, my fellow tyers have moved beyond my ten-thumb tying, expressing their superior talent – moving us all into better catch with micro tubes for trouts, crappie, and the Georgia basses.

With tubes, an angler can put them in one’s pocket, including tube flies and a variety of leadered hooks, or just a supply of different hooks alas pocket stored in their original housing or stored in Ziploc® bags. Then, decide how to fish them, hook eye up, hook eye down, or used as stingers.

Tubes and ‘Why.’ Video by Peter Charles