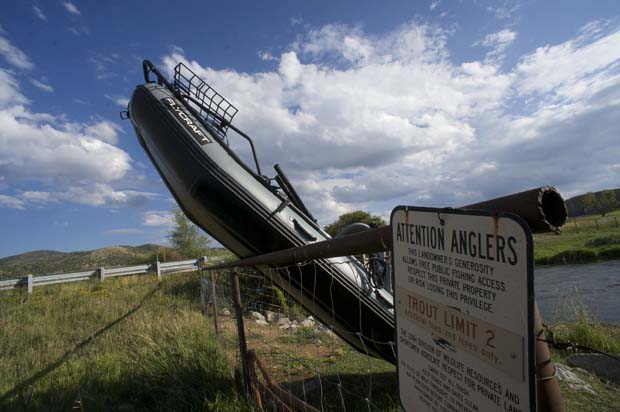 By SkipSeptember 3, 2015No Comments
[dropcap]F[/dropcap]ishing the flats, salt marshes of the Everglades, Everglades National Park and the canals and rivers of South Florida for 25 years did not prepare me for  trout fishing, and in particular the Appalachians’ rivers, streams and lakes of Georgia, as well as similar terrains of Tennessee and North Carolina.

I was looking for a safe (no tipping allowed), inexpensive personal watercraft that could be power propulsed and used in both fresh water rivers and lakes, and in coastal saltwater environments.

Further, the craft I had in mind would let me single-handedly deal with the conveyance of it – in and out of the truck, fish the lakes and rivers of Georgia (particularly north Georgia), western North Carolina, eastern Tennessee, and the coastal marshes of both Georgia and South Carolina. 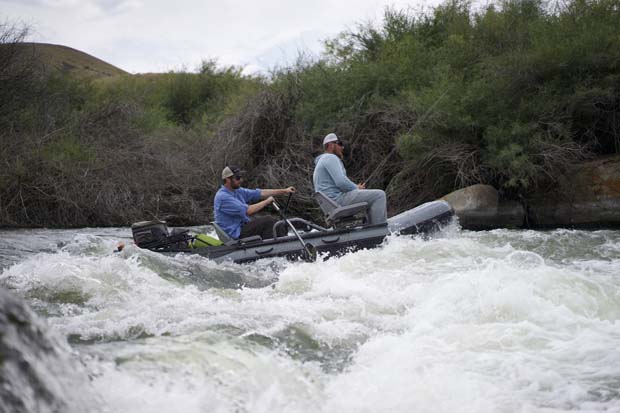 I’d already ruled out a modern skiff, even used, because of money and I did not want to get into towing and being restricted to designated ramps and docks. And I was not interested in rowing or paddling all day. Too, I had no place to store a boat unless I was willing to pay for storage, which I was not. Then, there was the maintenance of a fiberglass skiff and particularly troublesome as that relates to outboard power costs and repair.

Most of all, a modern day skiff could not successfully navigate shallow rivers very well and hopping in and out to pull it over a shoal or rocky bottom would be a real challenge for both the skiff and me. And river anchoring to wade fish stretches of trout water could be a hassle.
NOTE: That said, Georgia has some pretty big rivers that are quite capable of pair of 350’s, but that’s not where I want to be.

I had been over and over the usual suspects: Gheenoe, Fish Hawk 13, square stern canoes, kayaks, inflatables, drift boats and Jon boats. Non met all my needs. There was nothing wrong with any of them. They are excellent choices – each in it’s own way. Inflatable came closest, but a soft, spongy floor and totally not fitted out for angling purposes defeated its assets; lightweight, packable, designed to be power propulsed, good shallow water drafting, durable, easily fixed (on the spot) and very stable. 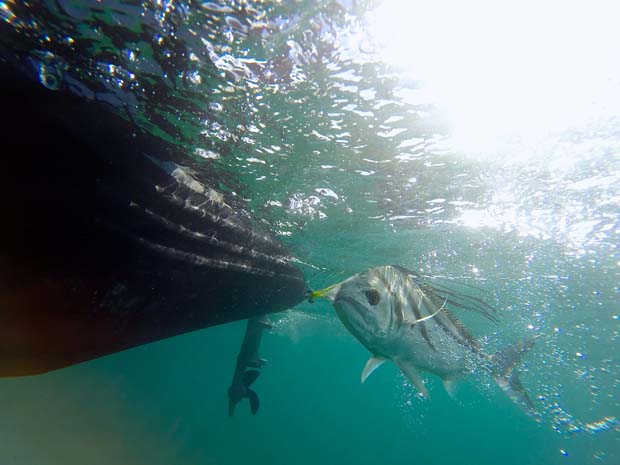 At the ICAST Show this year in Orlando, I was in the undersized media room and force seated next to fellow reporter, Sally Morgan from Louisiana. We got to talking about small, safe, personal watercraft that could be propulsed. She, a kayaker and micro-skiff enthusiast, was at the show to report on them and was on top of the subject. She told me about a relatively new operation (3/4 years old) in Utah called Fly Craft. She said: “They make an inflatable that has a solid floor with two elevated seats and are constructed to be held firm by solid aluminum tube frame anchored to the outer tubes of the raft.” Adding, “It is a packable Drift Boat on steroids.” 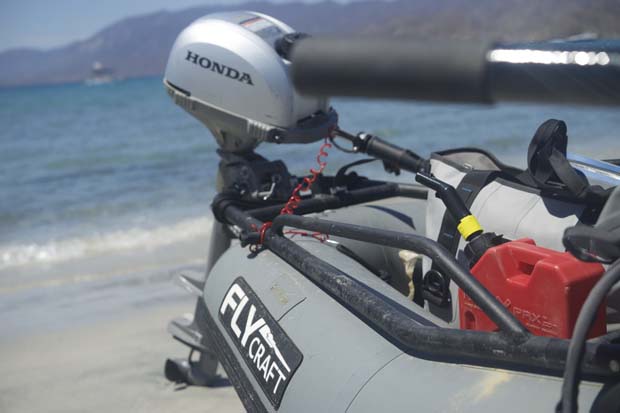 A small 2.3 hp outboard ($1,000 – cheaper used) for lakes and coastal water. A  Honda 2.3 hp can push a small liveaboard sailboat against an out going tide at about 10 knots, and MinKota’s OE (MKOE) battery driven 1 hp motor (about $900, but $1,400 with batteries and charger sold separately) for rivers, ponds and impoundments, or anywhere gas powered was excluded.

The 24 battery array (1 hp)MKOE could deliver nine hours of run time at half speed and it also had a run time meter – letting you know at what power loss stage you were at, which allowed for get back to take-out point. 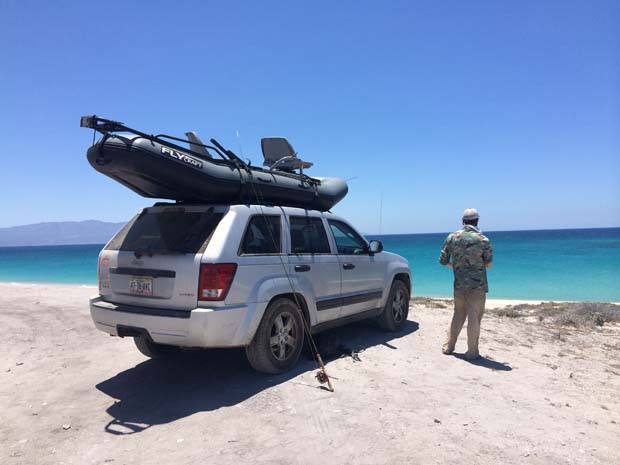 We did not have access to a Fly Craft inflatable drift boat raft, but there were some folks with creds who did and then, of course, there is Ben Scribner, the inventor. 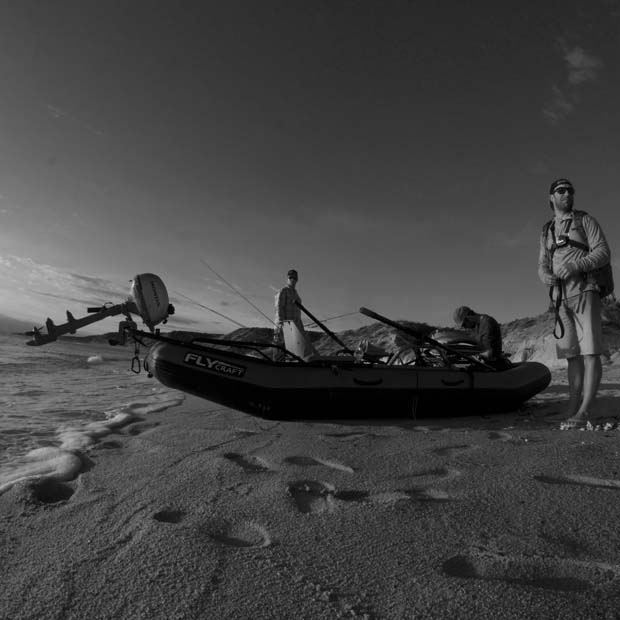 Ben answered our call on three rings, and subsequent calls the same. Here’s our conversation, in part

Fly Life Magazine: What changes have occured since you sold Fly Craft one ?

Ben Scribner: None. We probably took more time than anyone I can think of in the development stage. Two years to be more exact. When we hit the market, we had perfected everything that is part of today’s raft. And that is four years ago. We do not foresee any build changes. Accessories to make life aboard better for the angler / owner. Maybe a SUP board, as well.

BS: A fly rod box is high on our list of additions. It will probably be something with plastic tubing and reel holder. We like that our customers reach out to us with suggestions. The fly rod holder has been mentioned many times, and we’re responding, but we have to have everything made perfectly the first time.

FLM: Do you manufacture the raft, platform or any of the accessories?

BS: No, we do not. We out source the raft to a U. S. producer that builds to our specifications. Remember, it is our design. The platform is also built to our design specifications. All the tubing, cutting, welding and bending is done right here in Salt Lake City, Utah. All the other accessories are either industry standards, or are parts we have made with a particular function in mind.

FLM: Where is the raft assembled?

BS: You assemble it.

FLM: WOW, that was a dumb question. Sorry about that.

BS: Not a problem.

FLM: How does the raft arrive?

BS: It comes in three boxes: seat box, raft box, and the frame box, which has the frame pieces, oars and the accessories purchased.

FLM: How many frame pieces are there?

FLM: What kind of time does it take to assemble everything?

BS: The average, we have been told, has been hour or just over an hour for first timers. We have video to show how everything fits together. That viewing time slows assembly time down. My business partner and I can put one together in six minutes. A single user who has done it a half dozen times, under 20 minutes.

FLM: What is shipping cost?

We were able to contact several Fly Craft owners, most through the internet and others from western fly shops sources and then by phone. Nobody had an issue of any measurable concern or critical comment. Accolades were more the conversation.

It is important to know

• Fly Craft is not self bailing

• It is rated for Class ll water so don’t tempt fate.

For specs, dimensions and pricing go to Fly Craft’s website . . . 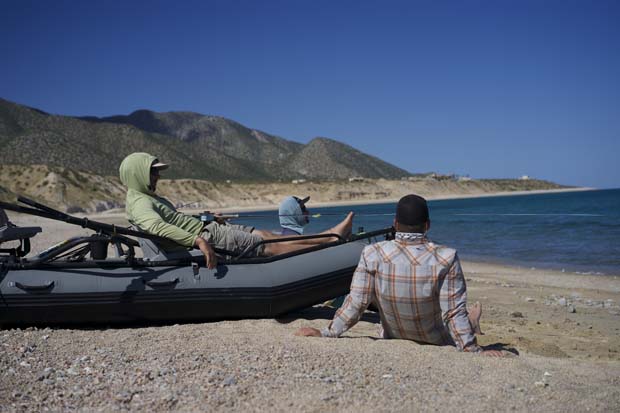 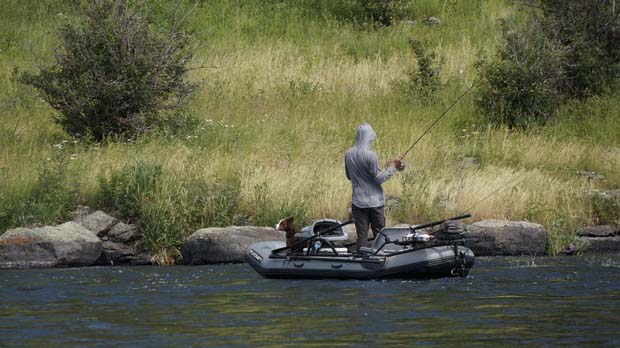 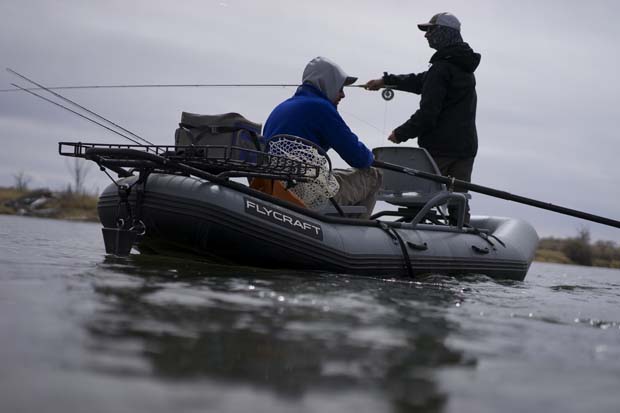 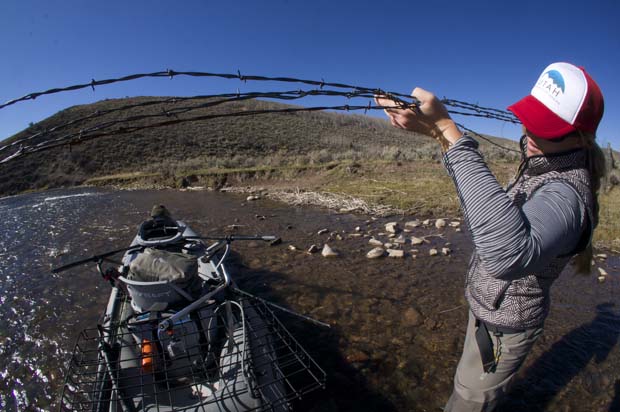