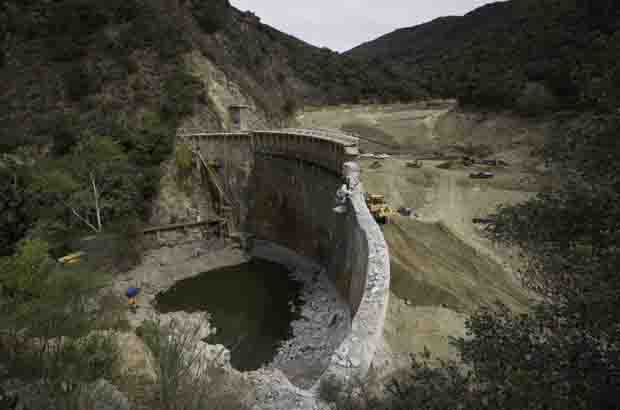 A River Runs Around it

[dropcap]A[/dropcap]nthusiastic citizens of Monterey, along with representatives from federal, state, and non-profit organizations, recently gathered on an overlook of the Carmel Valley to marvel at the removal of the nearly 100-year-old San Clemente Dam and rerouting of the Carmel River.

Early construction of the dam was initiated by Samuel Morse, owner of the Del Monte Properties Company, a subsidiary of Southern Pacific Railroad. The water was to be used for the burgeoning Monterey Peninsula population and especially the luxury Del Monte Hotel, described as the “jewel” of Southern Pacific’s Coast Line and destination to tourists from all over the world.

Erected at the confluence of the Carmel River and San Clemente Creek, the dam essentially blocked 25 miles of prime spawning and rearing habitat for anadromous fish, including South-Central California Coast steelhead listed as threatened under the Endangered Species Act.  It also damaged wildlife habitat by starving the downstream river of valuable sediment necessary for fish to lay their eggs in nests or redds. 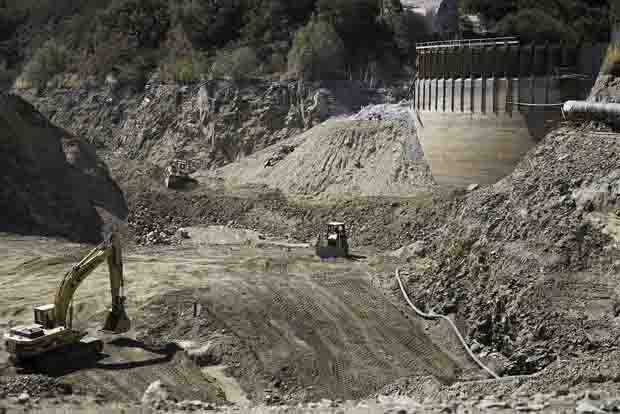 Through a collaborative process, eventually the decision to remove the dam was made. The challenge for the design team became what to do with all the sediment accumulated behind the dam along with the nearly 30 million pounds of cement associated with the 106-foot high stone edifice.

The team looked at a variety of possibilities such as trucking the sediment out of the area, filling a local valley, or even using a giant sluice to wash the sand and dirt out to the ocean. But all those ideas were beset by high costs or excessive environmental impacts.

Then someone, rumored to be the dam keeper himself, suggested rerouting the Carmel River above the dam into San Clemente Creek and around the sediment, stabilizing all the sediment in place, and then removing the dam.  The one-half mile diversion was not only more economical, it also had the least environmental impact of any previously suggested alternative.

“It was simply the most economical and efficient way to get the project done,” Ambrosius said.

In 2009 CalAm, NOAA Fisheries and the California State Coastal Conservancy agreed to provide funding for the removal of the dam to protect public health and safety while restoring vital habitat for federally threatened steelhead trout and red-legged frogs.

The dam removal and routing of the Carmel River began in 2013 and will be completely finished at the end of this year at a cost of approximately $83 million. The project replaces the antiquated fish ladder with a series of 53 “step pools” of water for steelhead to make their way back to their historic spawning and rearing habitat this upcoming winter and spring.