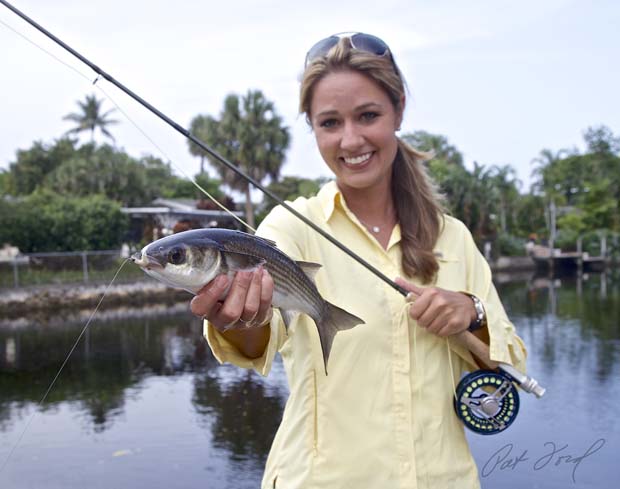 [dropcap]T[/dropcap]he sun slipped behind an ancient Ficus – granting life on dry land relief from the heat – while the wisp of a breeze that had previously been blowing gave up and died with minimal fanfare. Soon, the canal shone back like glass, reflecting the outline of a few waterfront homes. Now bugs would descend as twilight approached; time to button my shirt and slip on some sun gloves. During daylight hours, ducks owned the ditch: handsome ones, ugly ones, newly-fledged chicks. I watched a squadron of Muscovies paddling towards me while I tossed in handfuls of dried-out bread crusts. Both sharp of eye and facile of beak, the ducks followed my every move – as they did with anyone who walked near the seawall. Feeding ducks in my complex was a source of amusement: among mothers, especially, with infants in tow.

This tannic-stained conduit – and others just like it – is a natural drainage that the developers had bulldozed into a sea-walled canal. Little remained of its natural beauty, or the creatures that, at one time, had called it home: snook; tarpon; a gator or two. But there were exceptions. The ducks chomped aggressively on their spongy perquisites until head wakes appeared and scattered the flock. Which raises the question: “What caused the ruckus?” Was this stucco-framed drama a fly fishing challenge? I knew the answer; and that’s why I’d come.

Schools of mullet had surfaced to feed, and within minutes they relinquished all semblance of caution. The commotion they made smacked of predation: I couldn’t help thinking of jacks or bluefish – a contradiction, considering their place on the food chain. Remember that mullet are considered forage.

They’re actually a vegetarian species whose diet consists almost entirely of plant life. But then, what is bread but a milled grain product that’s only slightly removed from a Kansas wheat field? I found it food for thought, as well as for mullet, as I reached for my trout gear –  a three or four weight outfit rigged with a floating line, to which I’d attached a nine-foot leader that tapered down to a six-pound tippet. You’ll also need special flies: ones that imitate plant life – meaning, in this case, bread balls. A strike indicator also proves useful (although it’s not necessary).

Next, I search through my fly box for a speck of white Antron®: a synthetic that resembles (with no apologies) bread. Antron’s refractive index is similar to water’s. So my “bread fly” appears to be slowly dissolving as it sinks beneath the dimly-lit surface. But only so far, thanks to an indicator that I can adjust at will – depending on how deep the mullet are feeding, a factor that varies from just a few inches to a foot or more. Or right in the film as the shadows lengthen, at which time they’ll attack floating leaves and debris. Honest. That’s also when they’ll hit a standard dry fly (think Light Cahill) – or your strike indicator, if the size and color are right. And now a few words about mullet in general:

We’ve all heard of places where mullet hit flies – Wales and Italy come immediately to mind – usually in rivers. However, the mullet we’re familiar with here in the States frequent salt water shallows, or run the surf during a massive migration – which raises the question: Have you ever heard of mullet hitting a lure – of the millions you’ve seen in years of fishing? Or are they like that overweight matron who denies ever “snacking” as she packs on the pounds? Meaning can fish gain weight without taking in calories? Please.

It’s just that they feed well-off the radar – on a marl-choked mudflat or a backwater slough, where they finally find refuge from the host of predators. So, now that we’re rigged, you take my fly rod.

Several dozen mullet are crossing the surface at once, swimming from crust to crust. When they encounter a piece, they launch their attacks before submerging briefly – only to re-surface a few yards away. They’ll stay up longer as sundown approaches, but it’s already quite a visual performance.

So you lead the school like a covey of quail, so that the fish and your fly eventually intersect. As far as the fly, don’t attempt to move it – in fact, allow it to sink at the approximate rate of a water-soaked bread ball. Antron does that.

Then, lo and behold, your plan comes together, and the indicator bobbles before abruptly submerging. When you raise your rod tip, you feel resistance, as coils of fly line slip beneath your fingers. From the heavy throbbing; you know it’s a good one. But after several minutes of back and forth – that carries you up and down the seawall – you end-up bringing your fish to net.

If you haven’t held one lately, meaning a live one, you might be surprised. Take how they’re so well-muscled and really quite handsome. You already know they fight like the devil, having recently caught one on sporting tackle. Meanwhile, they’re not the only vegetarians with a strong reputation. Take the rhino or better, the whale. Of our local species—specifically the “striped” (or black) and “silver” (or white) varieties – blacks are reputed to grow the largest. Or that’s how I see it. Now back to casting:

The tempo quickens as the fish keep feeding, while the action moves up on top. You keep adjusting your fly until it’s “in the film,” before making the switch to another outfit – one with a bass bug rigged as a strike indicator. You catch four right away on the popper head. The term “rampage” comes to your mind.

While a three-pound mullet might not sound like a trophy (they do come bigger), that depends entirely on your frame of reference. Take how people spend fortunes catching three-pound bonefish. Or how, on a typical trout stream, a three-pound fish is the stuff of legends.  And now for the story “behind the story:” A a 4-weight with a Loop rod and reel, Cortland flyline and Steve’s Yeastiue-Beastie fly. A Pat Ford image.

If there’s a hidden subtext, it has to be this: While “vegetarian” fishing is still in its infancy, species like milkfish and carp have re-defined forage. So what does the future hold? Mullet represent an untapped resource – a mouthful for fly fishers, as well as predators.

Anywhere from South Florida to the entire Gulf Coast, where you see “jumpers” land on their sides – meaning they’re not being chased.  From the creeks and canals of the Everglades backcountry to the Intracoastal (and in certain freshwater ditches), mullet sift organic matter from silt on the bottom, and expel the sand through their gills. You’ll know it when you see it. Find the scenario and you’ve won the battle. My favorite locale for mullet? A brackish river.

Many a “hot spot” has been pre-determined by subsistence fishermen who target these fish for food – with bread balls, or snatch hooks, which they hide in chunks of Styrofoam – after chumming the area with oatmeal or batter mix.  Performed over time, this establishes a pattern.

Scientists tell us that mullet migrate (at least, some do) by working their way seaward to spawn offshore – and ultimately, southward. The run takes place in the fall. However, I’ve managed to catch mullet on a year-round basis by chumming occasionally and watching the water.

Lighter is better. I rely on my trout gear, and seldom go heavier than a six-pound tippet – referring to the super-thin, premium stuff.

Wing (optional): Halo of Antron or Poly yarn, length of the body.