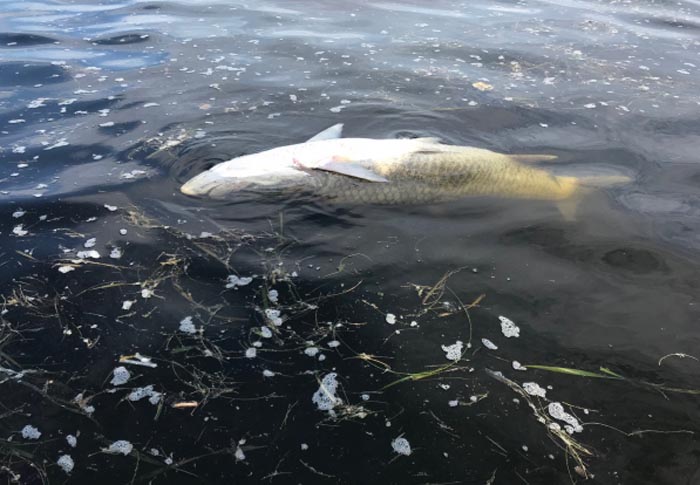 Florida, they’re killing it, one flush at a time

[dropcap]O[/dropcap]nce again, Florida’s fisheries are suffering from the legacy of long-time mismanagement of Florida’s water resources. Southwest Florida is plagued by an unprecedented red tide that is causing unprecedented kills of gamefish. Reports from those on the water estimate that tens of thousands of snook are dead – all of them adults in the peak of spawning season. Reports are also of many dead breeding-size redfish. And tarpon, which usually seem to avoid red tide, are also now being reported dead. The ongoing red tide is a sign of the ‘new normal’ in Southwest Florida because too many nutrients are entering Florida’s estuaries and coasts due to water mismanagement. Here are the facts:

The organism that causes red tide, Karenia brevis, has been present in southwest Florida as far back as written records go – the Spanish wrote about it.

Karenia brevis does not benefit directly from the extra nutrients flowing down the Caloosahatchee from polluted Lake Okeechobee, or from the extra phosphorous entering Charlotte Harbor from phosphate mining. This is because other plankton organisms are better initial competitors for those new nutrients.

Karenia brevis DOES benefit secondarily from the extra nutrients – once the nutrients have been used by those other plankton species, and then are cycled back into the ecosystem when those organisms die and decay, Karenia brevis goes to work. Consider this the Legacy Effect of water mismanagement. 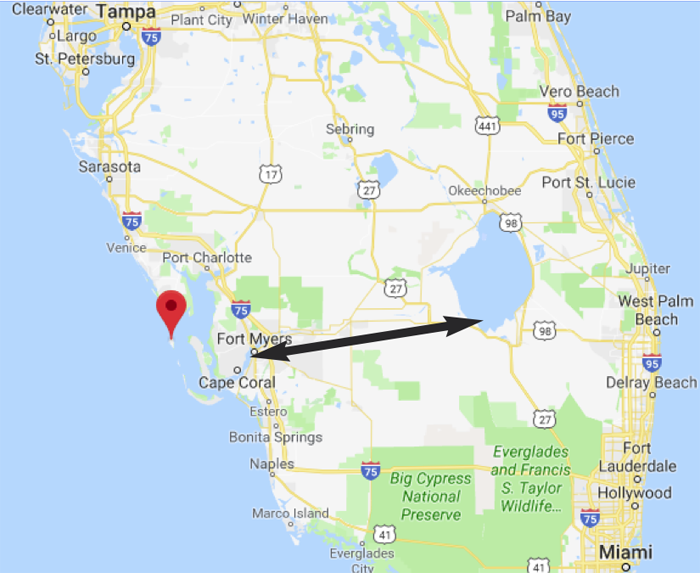 Algae-nutrient rich toxic water from unchecked agricultural sources dumped into Lake Okeechobee is released by “management” into the Caloosahatchee River on the west coast and St Lucie River/canal on the east coast. Results – kills everything it touches.

Although red tide has always been in the region, the frequency and intensity of red tide events have increased, and red tide events last longer. This is becoming a new pattern, which means events like the ongoing red tide will become more common.

The excess nutrients in Southwest Florida waters are from two sources. First, they are from the high-nutrient water from Lake Okeechobee that is discharged into the Caloosahatchee River as part of water mismanagement in South Florida (the same mismanagement that is killing the Everglades and St. Lucie River). Second, the phosphate mining industry in the Charlotte Harbor watershed produces runoff high in phosphorous, which feeds red tide and other plankton organisms.

Charlotte Harbor is also home to an amazing snook and redfish fishery. During summer months, snook spawn in passes and along beaches. This red tide is impacting spawning snook directly, which will impact the region’s snook population.

This red tide event is the new normal unless the state’s water management policies are changed. This is about the future of Florida’s $8 billion saltwater recreational fishery.

Contact your political representatives at the local, state, and federal levels. Tell them that policy change is needed immediately.

Join BTT to be in the know – learn all about bonefish, tarpon and permit . . .