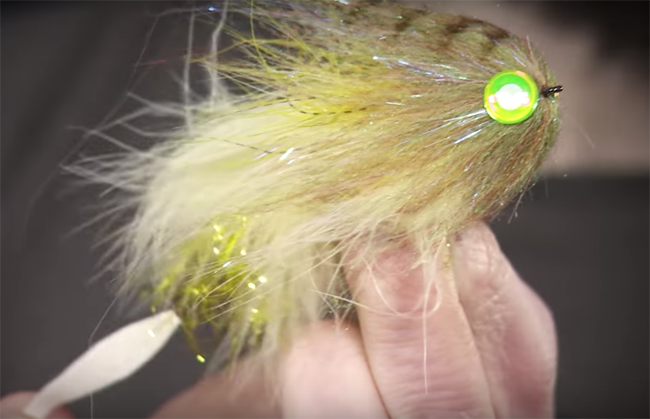 What is it about this fly called Chewie? 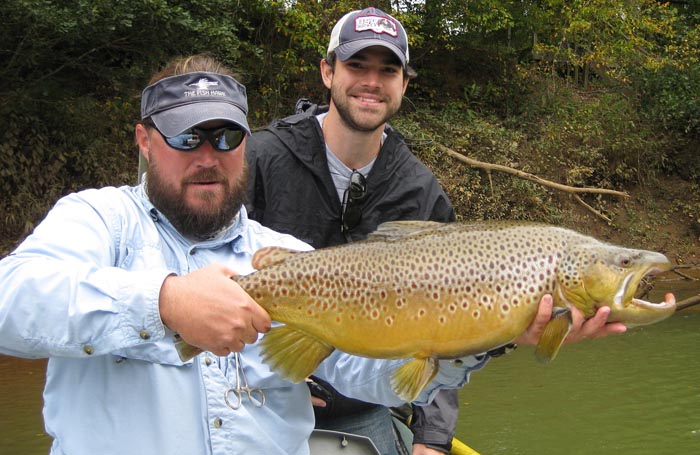 Most likely, the big, articulated trout streamer named Chewie was the CHEWIE we knew in Star Wars?

[dropcap]C[/dropcap]hewie, as you know, was the nickname for Chewbacca, the Wookie from the planet Kashyyyk who was the loyal friend and first mate of Han Solo (Harrison Ford), and served as co-pilot on Solo’s spaceship, the Millennium Falcon. — Movie Buff

Older trout fly fishermen, yes, that’s mostly gender correct, are quick to suggest that certain types of flies, such as big, loud streamers made of space age materials, and especially articulated ones, are not part of fly fishing. However, there are no negative comments about big flies coming from the salty fly fishers camp. They know marauding 40-pound jack crevalles will gladly give a pass to sand eels if menhaden are in the building.

The tweedy, pipe-smoking troutsters of the manner born, claim a large streamer, and horrors, an articulated one, will merely scare all the trout away. Others, like Justin Powell (Orvis Atlanta); Chad Bryson (Fish Hawk Fly Shop, Atlanta), and Chris Scalley, (River  Through Atlanta, Orvis Endorsed) think highly of large streamers and prefer not to fish without wearing ascots.

Anyway, back to this CHEWIE fly. It has all the right stuff. It wiggles in all the right places, pushes a lot of water with a fat head, and has a swingers bacon butt tail that even “traditionalist” trouts find attractive.

As for the materials list, you’re pretty much stuck with what you can pick up in the video; there is no recipe.

1. #2 streamer hooks – I used a smaller stinger by one – both barbless.

3. Any dark brown dubbing with a little flash – I like his dubbing tie-in method. I’m sooo over dubbing the “long” way.

5. The bacon strip tail is found online in a bunch of colors, or in your local fly shop – even in big box stores. The generic name is  “Wave Tails.”

The tying difficulty (1 to 10) is a 7, with time the annoyance. It’s not a fly you can get so good at that it zooms to finish – ever. The materials are flexible – think big eyes and fat head, articulated is critical, marabou feather movement, and that wavy “bacon” strip.

Daniel Bergman’s CHEWIE (kanalgratisdotse). The website is interesting – a little constipated, like much of Scandinavia, but the tying videos are worth the visit. We have not tried this fly in any venue, yet. If it’s not what we think it is, we’ll hide that from you. If it is a winner, yeah, we’ll tell you we told you so.