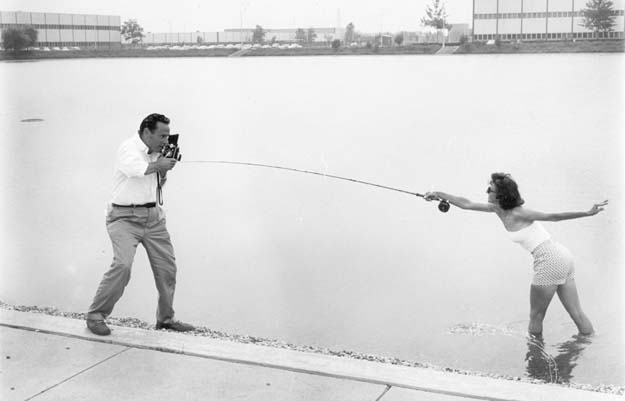 Wanna cast well in five minutes? Use The Hammer Tip

[dropcap]K[/dropcap]irk Deeter, editor of Angling Trade, editor-at-large for Field & Stream magazine, and the editor-in-chief of Trout magazine has a tip that he learned from Charlie Meyers, past outdoors editor of the Denver Post. It’s simplicity is its magic. It works perfectly, in any language.

This Hammer Tip fixes the most common casting problem beginners encounter: Wrist Flopping. It chases more potential fly anglers back to conventional fishing than any single aspect of casting a fly.

Deeter says: “Using a tip from Charlie Meyers and the rubber mallet is how to stop losing the energy of your cast and keep your loops tight, giving you an easy way to visualize a better casting stroke.”

NOTE: The Featured Image is Joan Salvato Wulff, She was the first to break the glass ceiling of men only fly fishing celebrities. Her skills undeniable, her grace uncommon, and she is one of the most famous fly anglers in the world. Today, the Hall of Famer is still active and Wulff Products are sought after. Joan was married to another famous fly angler, Lee Wulff. The photo was a promotional shot taken in Miami – year unknown. Thought to be for Look Magazine?

This video first appeared on YouTube in December 2015 / Trout Unlimited. It subsequently has been shown as part of Orvis’ tips on casting.
[youtube id=”VWgBi9FcIEc ” width=”620″ height=”360″]