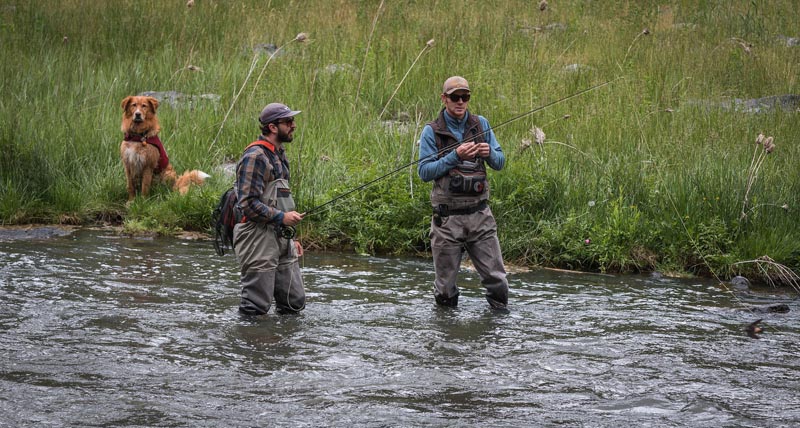 Fly fishing for trout is effete and lame? Respectfully, shut the ‘effe’ up!

NOTE: The following is excerpted. To begin reading the complete story click here . . . 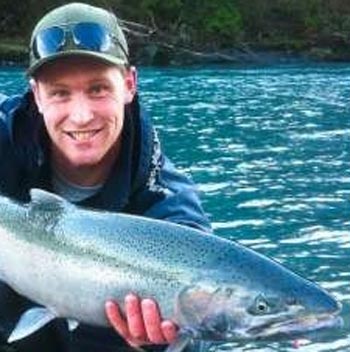 Sam Lugren grew up on Whidbey Island in Washington’s Puget Sound, where he developed a love for outdoor adventures and an ambition to write about them. After a youth filled with steelheading and duck hunting he went to Gonzaga University to study journalism. His senior thesis story about the historic Elwha River dam removal project led him straight into graduate school at the University of Montana. He wrote and photographed another thesis about the controversial use of salmon and steelhead hatcheries and graduated with an M.A. in environmental journalism and natural resource science. Photo courtesy of Backcountry Hunters & Anglers.

Ugly Stik fishing rods recently put out a delightfully tone-deaf commercial that portrayed two red-blooded bass fishermen in a little boat, talking about how “hipsters out West are spending all day trying to catch 7-inch trout throwing feathers on little hippie sticks.” Then these actors (very clearly not actual anglers) proceed to easily land a 1-pound largemouth whilst singing the praises of this superior, far more masculine fish.

But to say fly fishing for trout is effete and lame? Respectfully shut the hell up. (Sorry, for you Ugly Stik marketing folks reading this, “effete” means pretentious, feminine, or ineffective. Try to work that in next time.) Anglers from Alaska to Arkansas to Pennsylvania catch 10-pound trout with nearly the same regularity as 10-pound bass. And while it’s occasionally just lucky happenstance (like the 12-pound brown I helped my buddy Ty haul through the ice this winter after it ate a miniscule perch jig), most of folks who regularly stick giant trout are following the same school of thought as big bass hunters nationwide: big fish want big meals.

When Galloup talks about trout, he’s mostly talking about Salmo trutta—brown trout to you and me. Sure, his techniques apply to big rainbows, brookies, cutties, and bulls to some degree, but those are merely bycatch. Like most trophy trout hunters nation- and world-wide, he’s pretty focused on browns. And he says that past a certain age and size, brown trout become almost exclusively predatory. Galloup has also doubled as a taxidermist for most of his adult life and has examined the stomach contents of hundreds of big, dead fish. One constant is that those big fish contain big meals, not insects.

“It’s almost impossible to catch a fish that measures 2-feet or longer on bugs. And there’s a lot of studies on this, it’s not just fish talk either. It happens so rarely. I’ve found anything you can imagine. I’ve found squirrels, tons of mice, a blackbird wing. Crayfish parts are almost always in a trout. My buddy found a 36-inch brown floating dead with a 19 ½-inch brown in its mouth. It got it all the way down to the dorsal fin and they both died.  Streamers or big lures are basically a prerequisite for big trout in rivers. But there’s a hell of a lot more to it than just slapping around a giant wad of marabou from a driftboat all day.” – – – Kelly Galloup