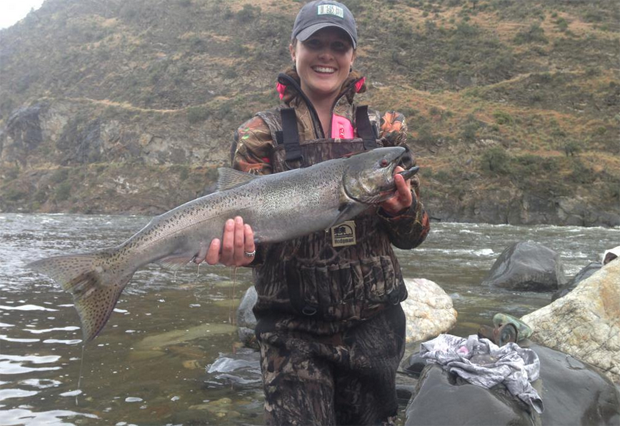 Fly Fishing: It takes more than think, if you do it every day 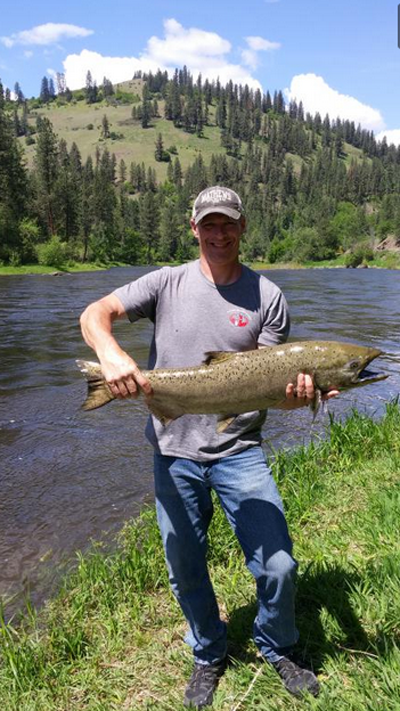 [dropcap]T[/dropcap]he saying “gone fishing” conjures up thoughts of a lazy day casting on the river. But for Will Hobbs, director of outdoor pursuits at the Snake River Sporting Club in Jackson, Wyo., fishing is a serious workout.

In the peak of summer, Mr. Hobbs often puts in 10-hour days, six to seven days a week. He typically takes out two clients a day in a 16-foot-long-by-4-foot-wide float boat to fish different features along the Snake River.

Mr. Hobbs sits in the middle and rows against the current to slow the boat so clients can cast the fly in the best spot for catching rainbow trout and fine spotted cutthroat trout. He says it isn’t unusual for him to row four to eight hours in a day.

“In my early 30s, I felt invincible,” said Mr. Hobbs, now 42. “But when I reached 35, those long days fishing started to wear on my body.” The extensive amount of casting he does each season, combined with his long hours on the oars, led to shoulder tendinitis.
Why Fishermen Need a Strong Core

Exercises and posture modifications for spending hours on your feet

“Fly fishing is actually more physically taxing than most believe it to be,” Mr. Hobbs said. “It takes shoulder, arm, back and core strength to stand, cast and hold a rod up with a weighted fly for an extended period and reel in a 12- to 20-inch fish.”

Mr. Hobbs said his father, Bill Hobbs, now in his early 70s, is still athletic and does calisthenics every day. “Watching him drove the point home that I needed to do something if I wanted to continue to be active,” he said.

He searched the Internet for exercises to strengthen his core, shoulders, back, wrists and forearms. A regular routine of strength exercises keeps him pain free, he said. “Sitting and standing in the boat all day can really take a toll on your back and the rowing is a lot of stress on the shoulders and rotator cuffs,” he says.

In the off-season, after Thanksgiving, Mr. Hobbs says he skis but doesn’t use his forearms every day the way he does during fishing season. “So it’s important to keep conditioned so I’m not rusty when the season starts back up,” he says.

Mr. Hobbs has a weight area set up in his garage and a repertoire of exercises that takes about 20 minutes to perform. He took an 18-inch broomstick and attached a string to the middle with a 2-pound weight at the other end. The string is long enough so that when he holds the bar horizontally in front of him, with a hand at each end, the weight is on the floor. He rotates the bar with his hands, winding the string around the bar and lifting the weight off the floor, then reverses to slowly unwind the string and return the weight to the floor. The exercise helps strengthen his wrist and forearms; he does three or four reps a day.