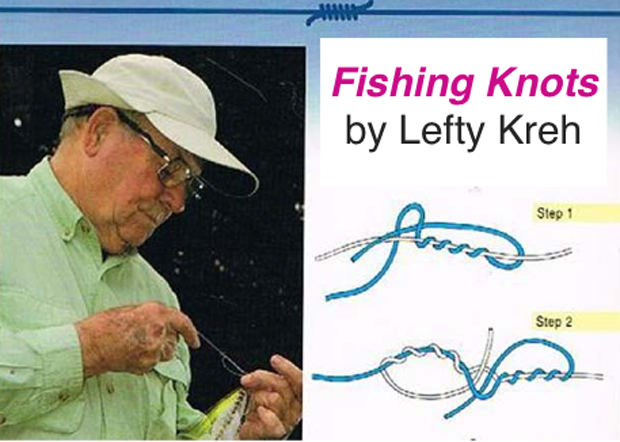 Tips & Tactics: Use the Hemostat Knot with differing line diameters or materials

By SkipSeptember 22, 2015No Comments
[dropcap]T[/dropcap]he Hemostat Blood Knot, for unknown reasons is sometimes called the ORVIS Tippet Knot and was introduced by Lefty Kreh in Fly Fisherman Magazine around 2007. I don’t recall who Lefty credited.

When the situation of dissimilar diameters or dissimilar materials (mono to fluorocarbon) comes up this knot, which in some circles is called the Seaguar Knot, is almost a 100% strength knot. It’s way more trustworthy than an actual Blood Knot and far, far easier to tie. Especially so in the “field” when your hands are cold and the river is raging or you are off shore and the boat is rocking.

. . . That, obviously indicating the knot was authored by a trouter. You can tie it using just fingers, or a pencil-like tool. Using fingers requires more practicing because more line is used – need to get those lengths correct.

NOTE: It is extremely important to get all the maneuvers completed exactly as shown. It may look simple, but it will take some time to master, practice until flawless. 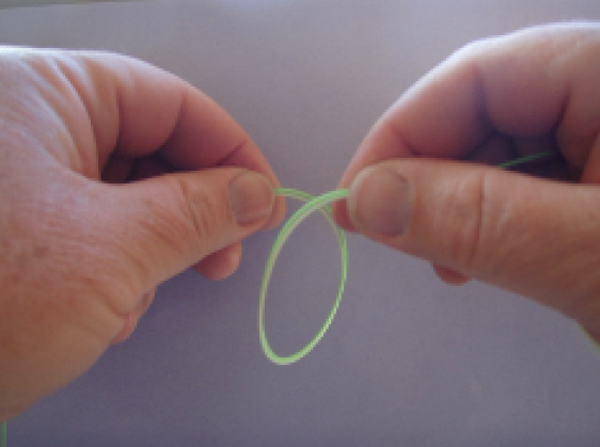 Pay attention – start out correctly. Make a downward loop with tippet side (right side) overlapping on top. 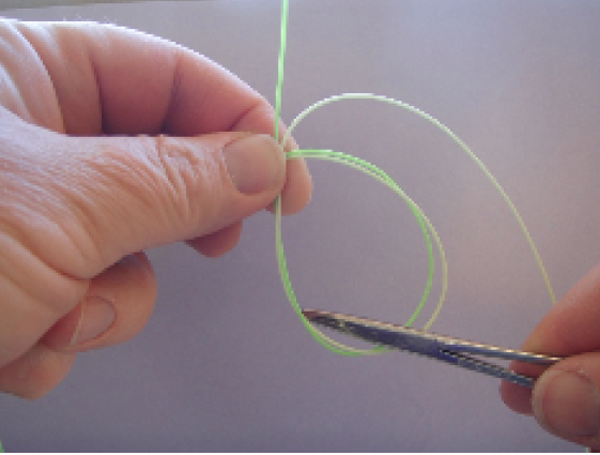 Don’t get messed up here either. Pinch crossover point of loop and insert hemostats into loop. 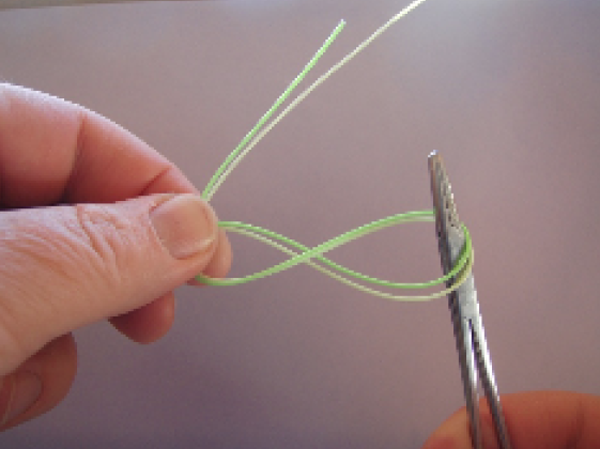 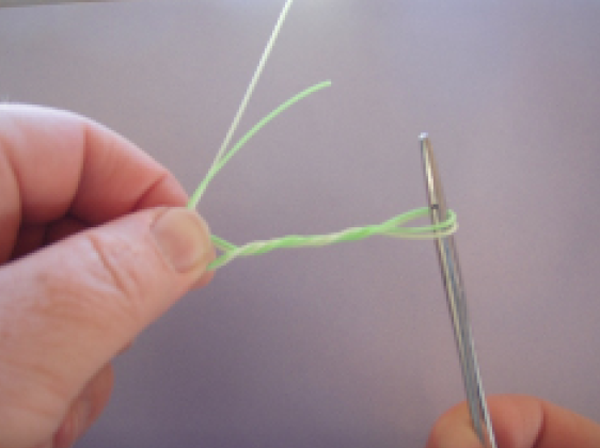 Three turns will do it. 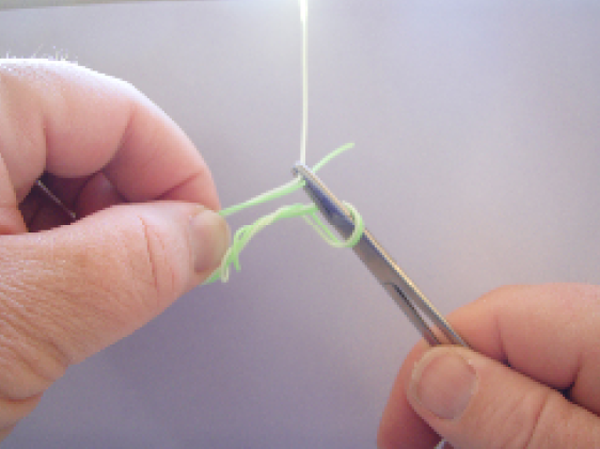 Grab, but don’t crush tag end of leader and long end of tippet. 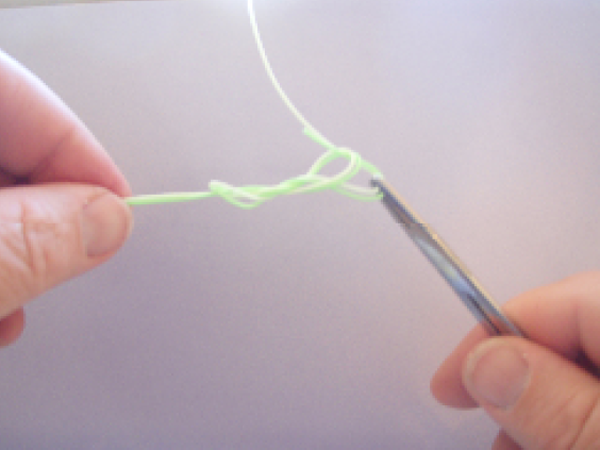 Come back through the loop. 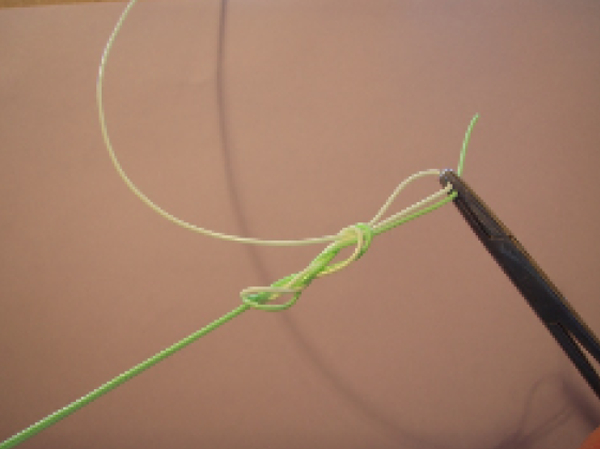 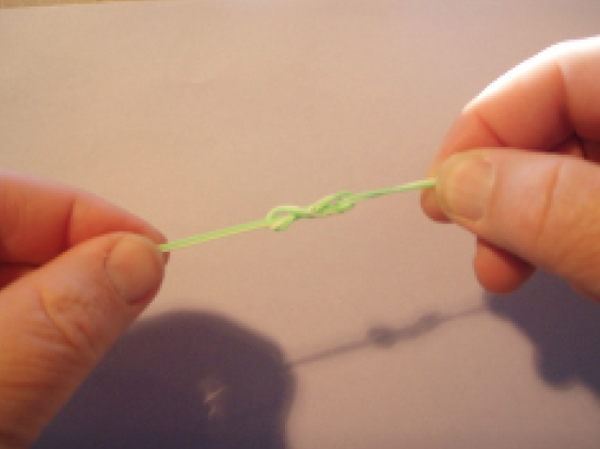 Wet and pull all four ends at same time. 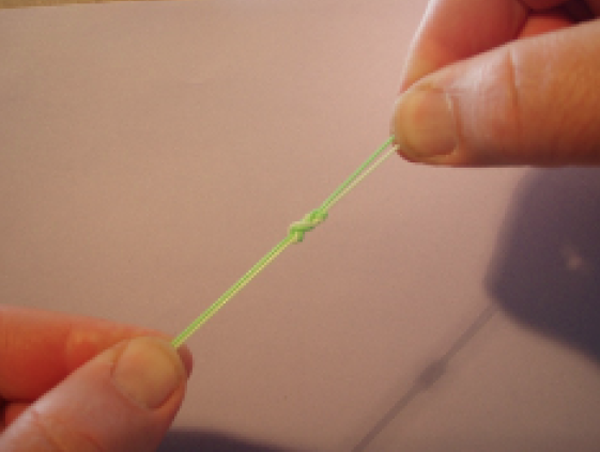