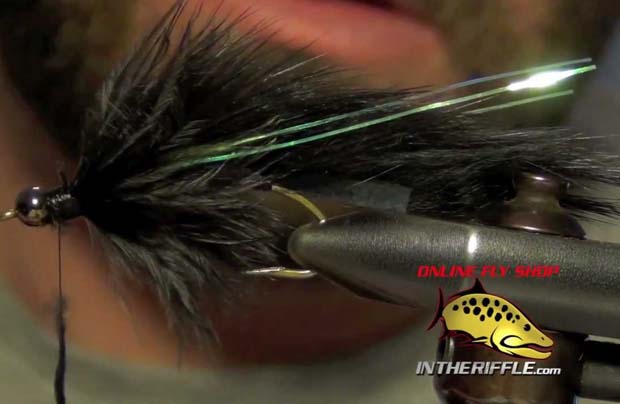 Barr’s Bouface Streamer as tied by IN THE RIFFLE

This fly is easy to tie, and said to be a go-to fly for several far west and Alaska guides. It uses what many consider the best streamer materials there are, rabbit and woolly bugger marabou. In the video, it is shown tied in all black, with a cone head and lead wire on the upper shank, but about three eyes diameters away for the eye itself. I add a second wrap of wire, all of which are about two eye diameters away for the eye to mid shank, and it seems to ambulate perfectly. This thing breathes with life underwater.

The Bouface can be tied in olive, tan, white or just about any combination thereof. My gut tells me this will catch more than trouts