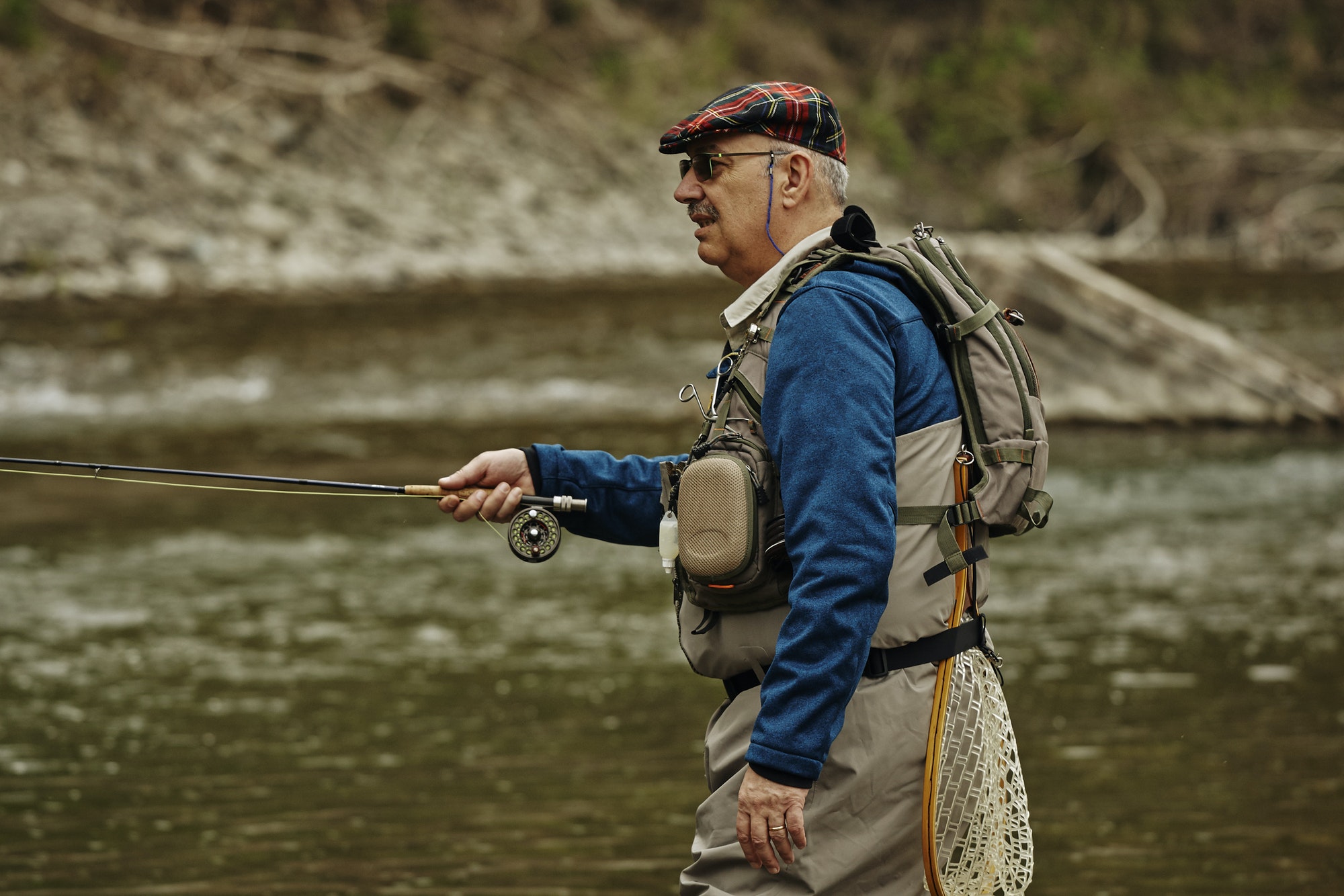 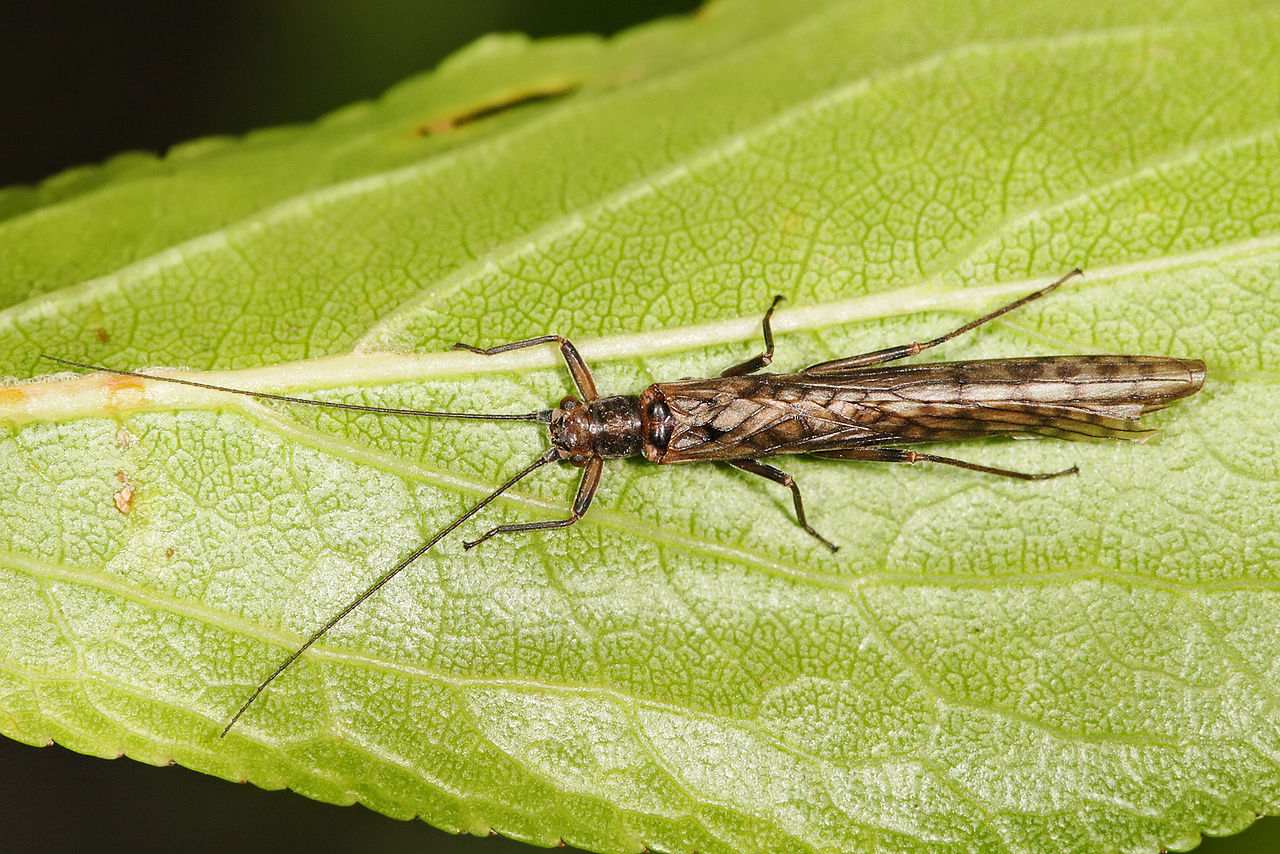 Stoneflies, no matter where they are are found, are readily identified, and can usually be counted on to attract large trouts

There are about 1700 species of stoneflies throughout the world, living on every continent except Antarctica. Six hundred of these species exist in North America.

As nymphs, benthic dwelling stoneflies live in aquatic habitats, mainly in cool, clean, flowing waters with relatively high oxygen concentrations. Adults are terrestrial and can be found near aquatic habitats with running water, resting on rocks, debris, and vegetation.

Temperate species of stoneflies may have nymphs that overwinter, and continue to grow even when water temperatures drop to 0°C [32ºF].

Some species can even live in temporary streams; when the streams dry out, they can temporarily suspend body growth and development, slowing their metabolism to survive until moisture is restored.

Stoneflies undergo incomplete metamorphosis as they do not have a pupal stage – passing through 3 life stages: egg, nymph, and adult.

After mating, the female deposits large masses of eggs and flies over the water and may dip her abdomen in the water, releasing the eggs, or may drop the eggs directly into the water from the air. The female may also submerge herself into the water and deposit the eggs on the bottom of the stream. Many species require only 2-3 weeks for hatching, while some larger forms require several months. Before hatching, the eggs may enter a resting phase (called ‘diapauses’) that could last three months to one or more years.

Stonefly nymphs have between 10 to 30 stages of development (called instars). They move from one stage to the next by shedding their exoskeleton (called ‘molting’) over 1-3 years.

When the nymphs reach their last instar, they crawl out of the water and molt one last time, becoming adults.

Adult stoneflies settle on vegetation and other surfaces near the water to find a mate. The males try to attract females by using their abdomen to drum, tap or scape on the surface of the rock or log.

These vibrational signals are only attractive to females of the same species. A nearby female interested will drum back, and they will continue this interaction until they have located each other. During mating, egg fertilization occurs when the male transfers sperm directly to the female’s reproductive organs. While males will attempt to mate many times with different females, females will only mate once.

Adults live for only 1 to 4 weeks. In most species, the adult stage feeds but dies shortly after mating.

Stonefly nymphs play an important role in freshwater systems, serving as a food source for various fish and invertebrate species. 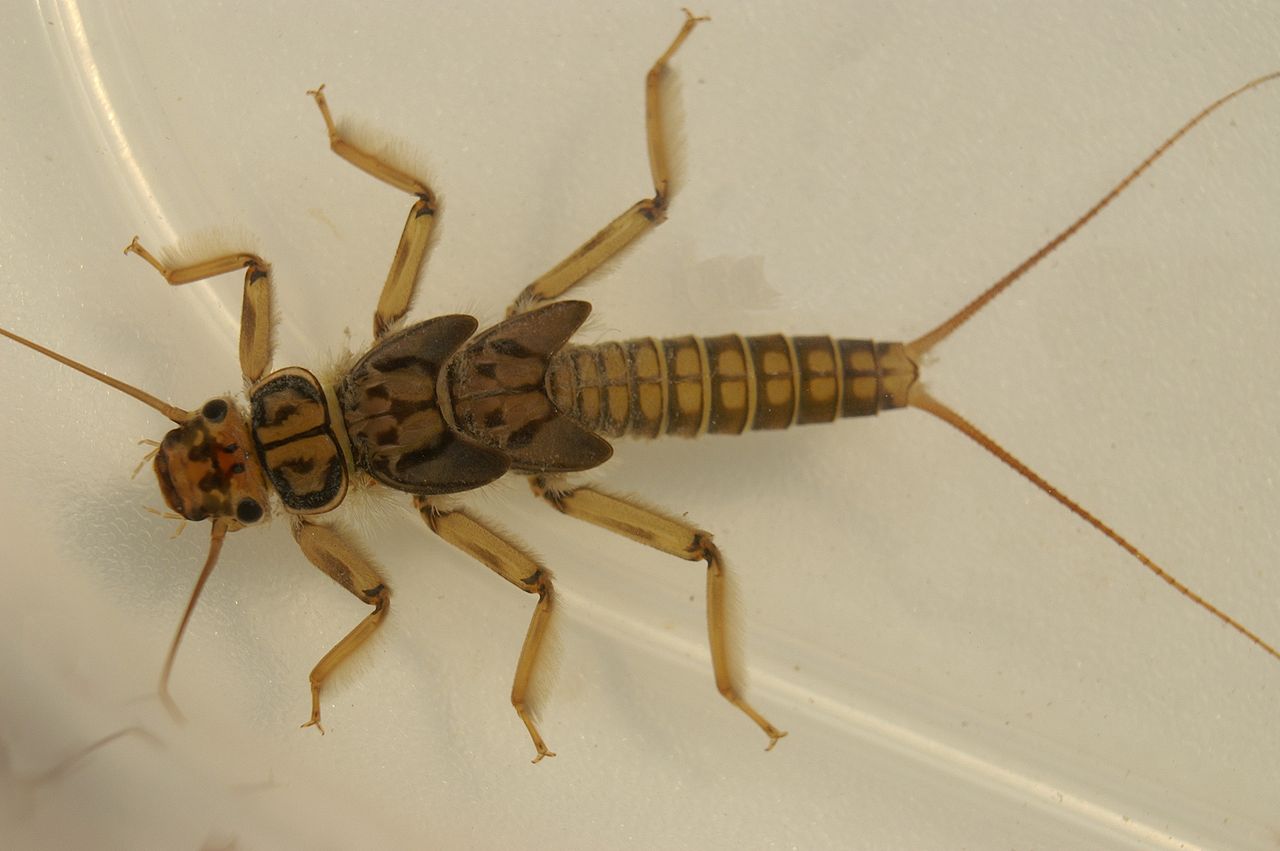 According to W. Patrick McCafferty’s Aquatic Entomology, the oldest artificial fly on record was an imitation of a British stonefly adult. While today there are many popular adult patterns—the Stimulator chief among them—that number is dwarfed by the nymph options available to anglers: from close imitations, such as the Kauffman Stone, to more suggestive patterns, such as Pat’s Rubberlegs. Even a small Woolly Bugger, fished on a dead-drift can serve as an effective stonefly pattern.

The one common denominator among stonefly-nymph patterns is that they are usually heavy, incorporating weighted wire into the body or a metal bead (or two). Since stonefly larvae are crawlers—and relatively poor swimmers—they stay close to the bottom, which is where your fly needs to be. Before emergence, many species migrate toward shore, and a nymph imitation crawled or swing from deeper water to the shallows can take trout or bass keying on this migration.

No matter where found, Stoneflies are readily identified. They can usually be counted on to attract large trouts, or at least that has been this author’s experience: Idaho, Montana, Pennsylvania, Michigan, and New Zealand. Further, trouts were always aggressive and generally large animals, and my recollection of responses was June, July, August, and the equivalent months ‘Down Under.’

My Idaho guide said the best way to see or search for trouts that would key in on stoneflies was to cast from the bank and retrieve back toward the shore – patiently.