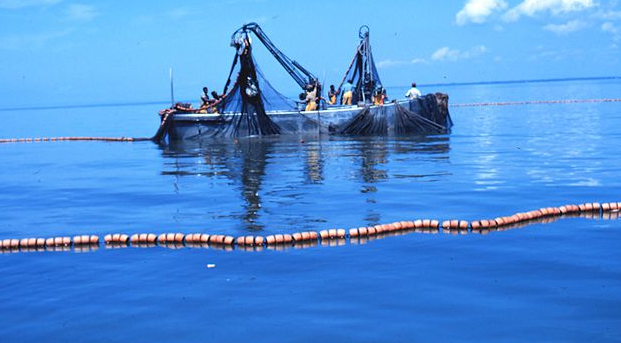 By Pamela A. D’Angelo For The Free Lance–Star

REEDVILLE—Omega Protein Corp., the last of a long line of fish rendering companies that dotted the Atlantic Coast, has battled for years with environmentalists and fishery managers over how many tons of menhaden it should be allowed to harvest, particularly in the Chesapeake Bay.

Virginia always had the company’s back.

But at last week’s meeting of the Atlantic States Marine Fisheries Commission in New Hampshire, there was a slight shift in that support.

It began with an apology by Virginia Commissioner Steve Bowman after Omega’s Reedville-based fishing fleet took about 30 percent more than was allowed by a Chesapeake Bay cap on harvests put in place by the commission in 2017. 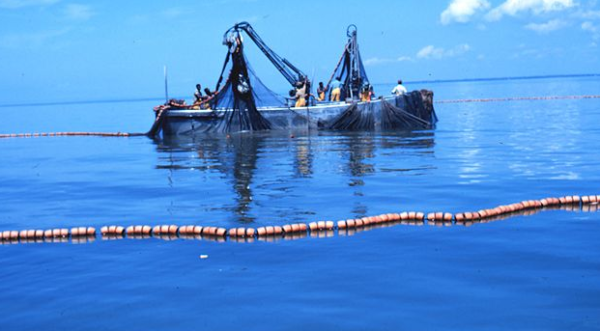 “First and foremost on behalf of the commonwealth of Virginia, I’d like to apologize for being in this situation,” he said. “Gov. [Ralph] Northam and Secretary [for Natural Resources Matt] Strickler have demonstrated a desire to improve not only water quality, but the environment in general. It’s been one of the hallmarks of their administration and team. So to be found out of compliance on such an important matter is very, very disturbing.”

Bowman voted along with all the commissioners to find Virginia out of compliance with the harvest cap of 51,000 metric tons. Omega is not done fishing this year, but so far has gone over the cap by some 16,000 metric tons, or about 33 million pounds.