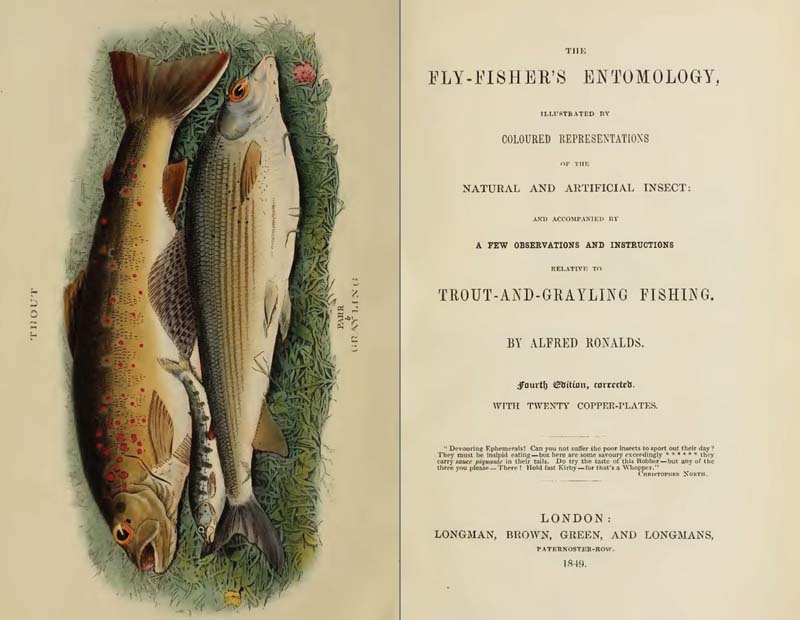 It would be difficult to argue that Frank Sawyer, a Riverkeeper on the famed Avon of England, wasn’t the originator of upstream nymphing. We’re still using the fly he designed that started it all, the Pheasant Tail and copying much of his nymphing technique.

Frank Sawyer’s riverkeeper duties were on the Avon in Wiltshire – owned by the British Army Officer’s Fishing Association and now known as the Services Fishing Association. Today, it still has the same six and a half-mile stretch of river on the Ministry of Defence (MOD) land. It starts above the town of Bulford and ends at Netheravon. The Association’s members are active duty and ex-serving MOD personnel.

Sawyer developed and refined the technique of using weighted nymphs fished upstream to trout and grayling feeding near the bottom and called the “Avon or Netheravon Style.” It is also quite likely he invented the tuck cast – he described the cast in his book ‘Nymphs and the Trout’:

“To make a nymph pitch and sink quickly, the best method I have found is to stop the rod on the downward stroke in casting and check the running line passing through the left hand just when it is extended horizontally over the water. This check tends to make the nymph curl downwards with the cast and then penetrate the water before the line falls.” — Frank Sawyer 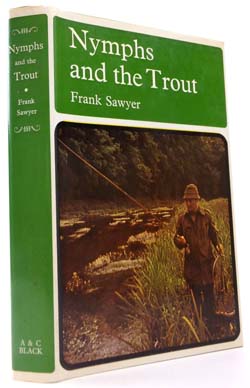 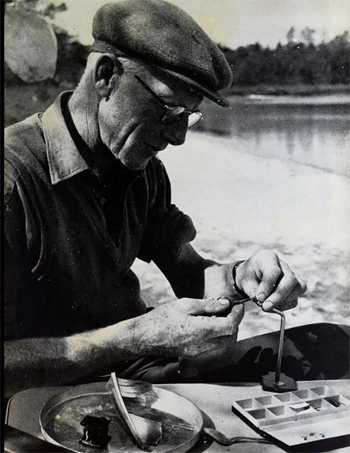 Frank Sawyer tying the Swedish Nymph in Lapland, Sweden. It would be here he also tied the Grey Goose fly.

Sawyer invented the Pheasant Tail, as well as others, and wrote two books about fly fishing

This painfully simple fly could look like a crane fly, caddis fly, or a scud. This may even
be easier than the mop fly. The hardest part of tying this pattern is sourcing the proper wool yarn. Originally tied with Chadwick’s
#477, this yarn last sold on Ebay for almost $100 for a 50 yard card. However, there are a number of substitutes packaged by a number
of fly shops that will probably work just fine.
Hook: Standard nymph hook #12-14
Thread: Fine Copper Wire
Body: Naturally variegated Wool Yarn