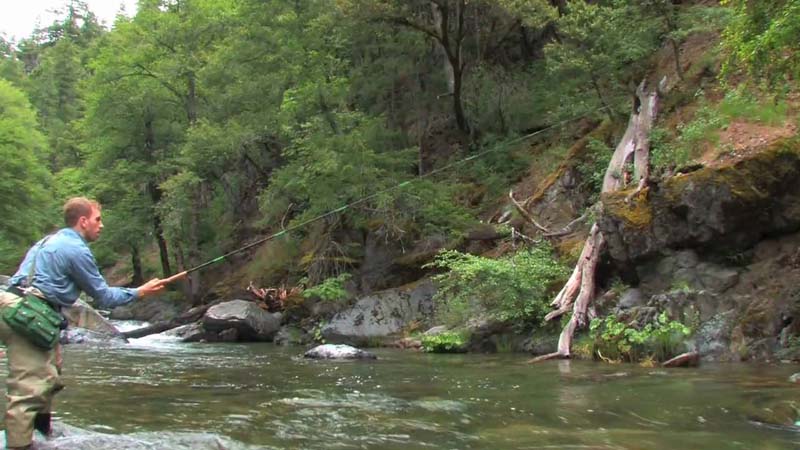 The Little Fy That Could: Frank Sawyer called it Killer Bug for a reason 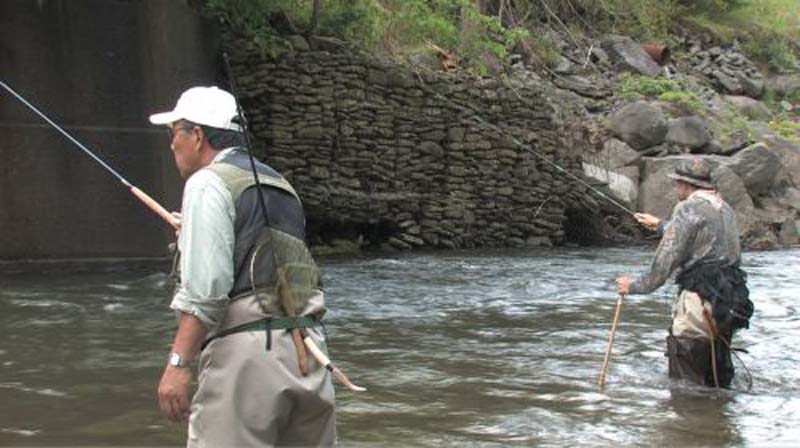 Chris Stewart, far-right fishes with Dr. Ishigaki in the Catskills. Ishigaki, foreground, is Japan’s preeminent Tenkara expert. Chris Stewart is well-known in the Tenkara tent as the Tenkara Bum and, his shop has been the mecca for Tenkara fly fishers for several years and serves Tenkara, keiryu, seiryu and micro fishing anglers the world over. Chris Stewart photo.

Killer Bug it is, swum right

As noted in the book ‘Nymphs and the Trout’ by Frank Sawyer, the originally tied Killer Bug was with Chadwick’s #477 wool, this yarn last sold on eBay for almost $100 for a 50-yard card. However, there are several substitutes packaged by some fly shops, particularly Chris Stewart’s, that will work.

An article by Morgan Lyle in the Schenectady, NY, Daily Gazette in 2011, says the wet color of Chadwick’s 477 wool is critical, but says modern substitute devised by his friend, Chris Stewart, a Tenkara fishing enthusiast and fly seller who has studied this bug said:

“The color change is surprising. The tan-colored yarn when on a card is bland. When wet, it turns a translucent tannish-pink in the water. To me, it looks like a little hunk of raw flesh, faintly gruesome — just the kind of thing fish like to eat.”

Why is it called Killer Bug?