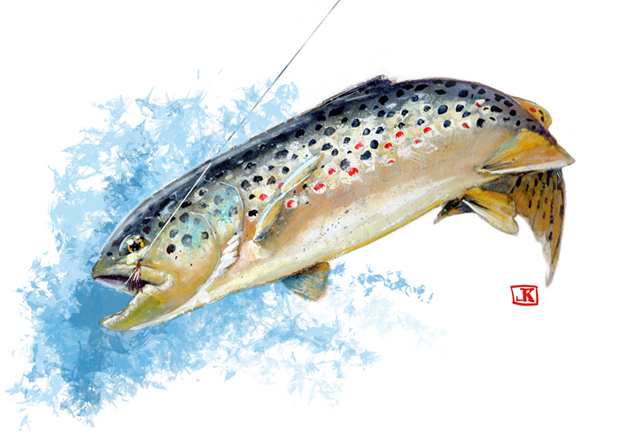 Here’s Jeff’s own version of “About” Jeff Kennedy: 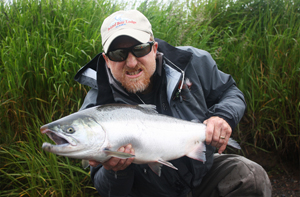 Jeff has his game face on – showing off a nice salmon he caught while at Bristol Bay Lodge, Alaska.

[dropcap]A[/dropcap]s an infant, Jeff Kennedy crawled away from his family’s camp-site, fell into a trout stream and became hopelessly lost.

He was adopted by a pair of brook trout who were on the gravel looking to expand their brood. As a young fry he was taught the way of the river, how to forage for food and avoid predators. He was a happy trout sipping dry flies from the surface and gobbling down helplessly drifting nymphs and larvae.

He learned first hand the beauty of abundant colors and shapes nature has to offer.

Like other trout before him, he fell for the angler’s imitation and was pulled to shore. There, his fins transformed into arms and legs and he learned to walk upright.

Over time, Jeff married and is raising two young fry of his own. When he is not out teaching other young trout the ways of the drifting fly, he is in the studio painting and drawing.

Many of his paintings are held by private collectors. In 2008 Jeff challenged himself to draw / create a fishing fly a day for the next 365 days. Part of the challenge is the discipline to accomplish this every day and the other is to expand his creativity and to help find his artistic voice. Currently, Jeff is out every weekend honing his plein air skills and taking on the challenge of learning to use oils and acrylics.

Jeff claims that he still has his adipose fin.

Scroll down to view some of his incredible work

Jeff Kennedy paints with pen and ink, watercolor, gouache and digita lmedia. Many of his original paintings and prints are housed by private collectors. Jeff has been drawing and painting as long as he can remember. He shares what he has learned through his workshops and upcoming DVD’s. 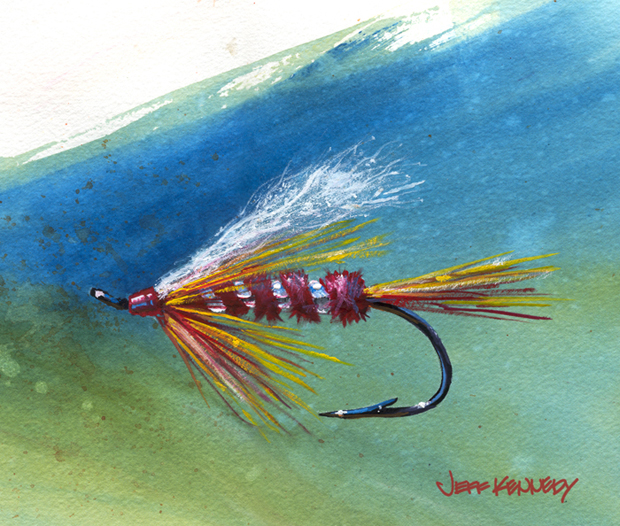 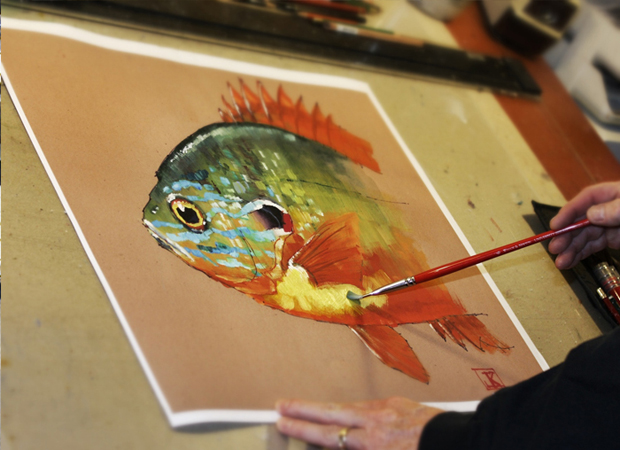 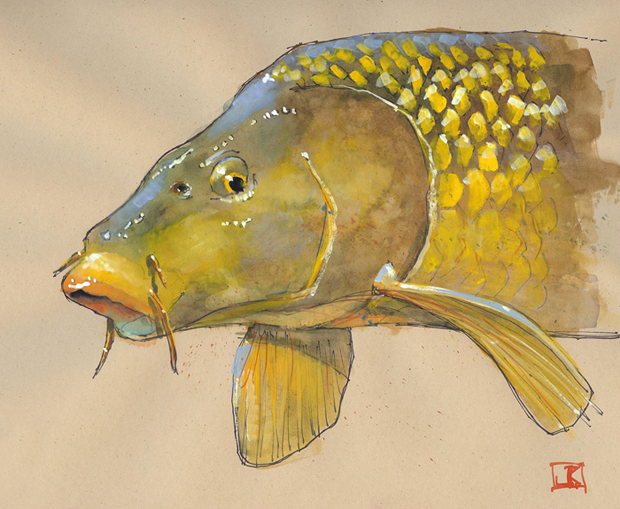 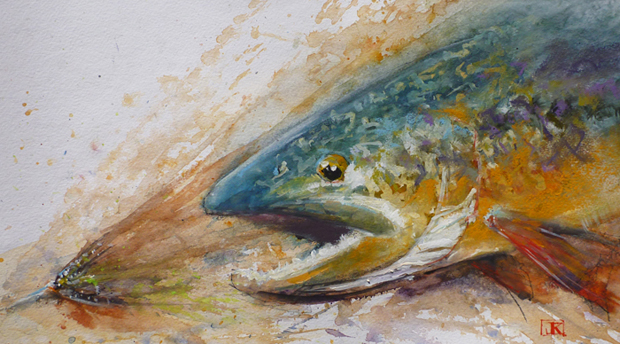 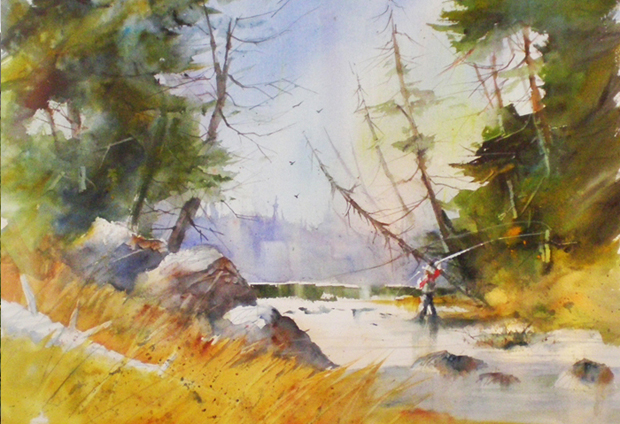 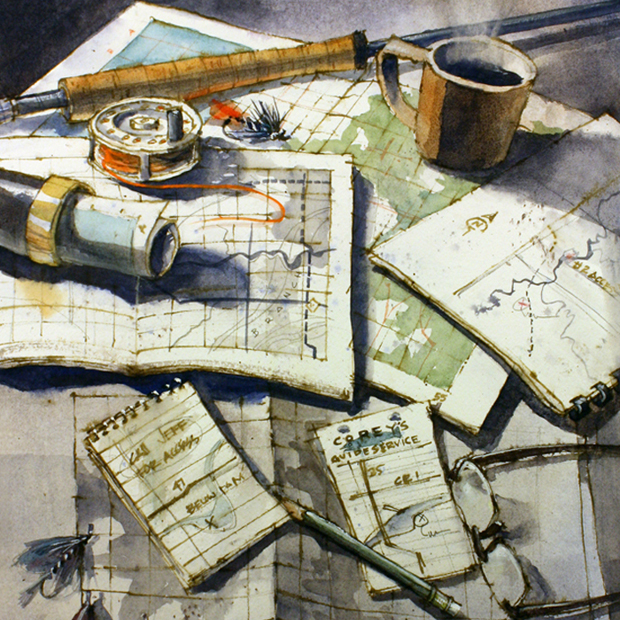