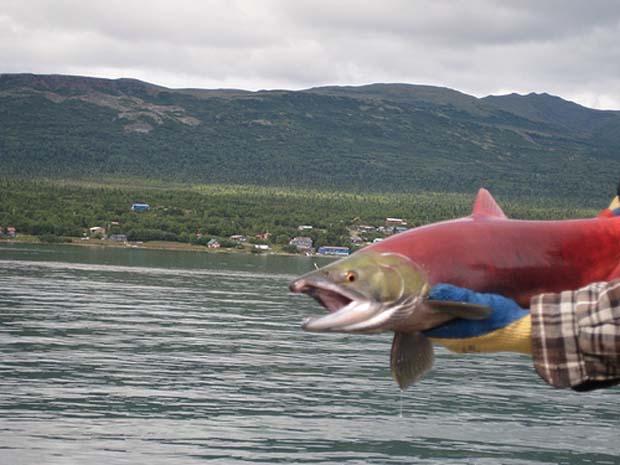 The assessment compiled data relevant to evaluating the potential risks posed by several hypothetical large-scale mining scenarios. Of course, there was never any doubt about which hypothetical mine the report was aimed at: the Pebble Mine.

Pebble, for those unfamiliar, is a massive copper and gold deposit worth potentially hundreds of billions of dollars that sits at the headwaters of two of Bristol Bay’s primary river systems. Those river systems, in turn, support the world’s largest run of sockeye salmon and a robust fishing economy that contributes  $480 million annually and upwards of 14,000 full- and part-time jobs. It has also been the backbone of the region’s subsistence-based Native culture for thousands of years. It’s not surprising that many Bristol Bay stakeholders aren’t thrilled by the prospect of a massive open pit mine and its attendant tailings dams, road corridors and other development.

All of which helps explains why the project has become such a lightning rod — it’s the most controversial resource issue in Alaska and has attracted attention and opposition from well beyond the state. (For one example: see Robert Redford’s take here). This study was initiated by a request from a group of Native tribes from the region, who approached the EPA in 2010 to ask that they block the mine’s development by invoking section 404(c) of the Clean Water Act. Now, over three years later, after gathering data, holding public meetings, receiving over a million comments, and putting the study through two rounds of peer review by panel of independent scientists, the EPA has arrived at this final document.

In a conference call with reporters yesterday, EPA Region 10 Administrator Dennis McLerran had no answer for questions as to what sort of regulatory action the study might precipitate, or on what timeline, but on the findings of the assessment, he didn’t mince words: “EPA has concluded that large-scale mining in the Bristol Bay watershed poses significant near and long-term risks to salmon, wildlife and native Alaskan cultures.”

Jeff Frithsen, a senior scientist and special projects manager at the EPA’s office of research and development in D.C, summarized the litany of potential effects — ecological, economic, cultural — resulting from each of the three hypothetical mine scenarios outlined in the study. In each case, he cataloged the risks posed both from a mine’s routine operations and from potentially more catastrophic accidents or failures. The potential effects of even standard mining operations, as outlined by Frithsen, included the loss of dozens of miles of streams and thousands of acres of wetlands, as well as unforeseeable impacts on the 64 rivers and streams that the mine’s transportation corridor would cross.