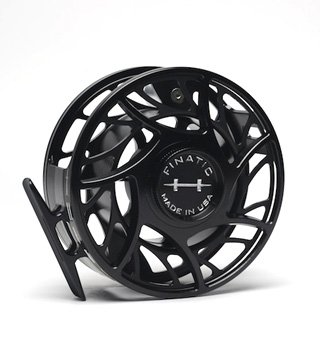 There are about a dozen or so high end – Made in U. S. A. production fly reel companies. Here’s one of them that has all the right stuff for this tarpon season.

[dropcap]E[/dropcap]ach year, as tarpon season approaches, I get “reely” preoccupied. It stems from a trip I took to Costa Rica many years ago. Here’s why that trip left me reel concerned.

Costa Rica and the
Rio Colorado 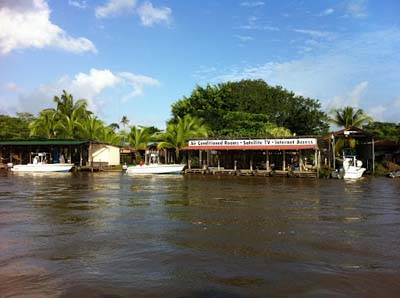 Getting outside or making the passage from the chocolate colored Rio Colorado to the Atlantic Ocean is rare and always dangerous – more than few anglers never saw land again after a too bold attempt by a local guide to get “outside.” On one of my trips to Archie Field’s Rio Colorado Lodge, the Rio Colorado and Atlantic Ocean’s meld was especially calm because of low winter rainfall in the mountains. We got out into the Atlantic Ocean two out of six days. A rarity at the time. Outside, it was tarpon as far as you could see. Mike, my friend and oft times fresh water angling partner was brand new to the salt scene. He’d bought a used Sage RPL 12-weight. A flag pole by today’s standards, but certainly up to the job at hand. He also bought flyline and backing along with a poorly Made in China fly reel. The reel, upon inspection, wasn’t made out of solid block of aircraft grade aluminum and had more screws and plates on it than I thought possible to fit. Beforehand, I’d warned Mike about his decision to go with a cheap reel and that his no back-up plan for a reel or rod was a bad thing waiting to happen. My advice fell on deaf ears. Mike is a trial lawyer and like all trial lawyers, he’s a narcissist and also knows all that there is to know about everything.

In a rare “outside” opportunity, Mike was done for the day – about four minutes of fishing. The next day, I loaned him my back-up, which I’d foolishly left in the room the first day. As luck would have it, the drag on that reel failed after he’d jumped four poons. I hadn’t checked out the reel before we embarked. Reel stupid! Mike, now fly reel-less was able to rent a spinning outfit from the lodge manager that second night and made it through the week. Mike lost $900 paid for  fishing time, saved $500 or more on a reel he didn’t buy only to lose $149 he’d spent on the el cheapo one.

Never scrimp on a reel

Reels, ladies and gentlemen, are like polarized glasses; buy the best – even if it hurts. Too, with my Costa Rica experience always in mind, I never travel with less than three reels and I’d send one back to the factory if there was the slightest issue. So far, I’ve never had to send my Nautilus, Abel or Tibor reels back for servicing. The reel that gagged on me in Costa Rica was discharged from service when I got home, and it was my last austerity fly reel purchase. 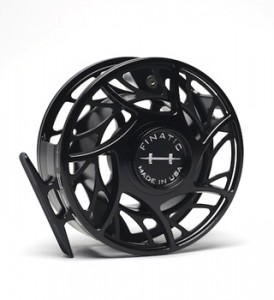 Back to the reels. The reel I examined and fished with recently was a Plus 9. The Hatch Outdoors Company’s Finatic 9 Plus and Finatic Plus 11 and 12 reels are respectively, tarpon and billfish reels. No matter the size (1, 3, 4, 5, 7, 9, 11,12),  the Finatics are all beautifully machined out of a solid block of aircraft grade aluminum; the drag is totally enclosed and a smoother operation would be hard to find. The unique feature to me was that the drag, when engaged and begins heating up  – automatically self lubricates – you don’t need to touch a thing; ever.

Hatch’s Andrew Dickinson said: “The Rulon disk system of any Finatic Plus reel has several square inches of surface area – a really large surface area which increases reliability and durability.” When asked about the warranty, Andrew said: “We try to keep it simple. We warranty the parts and functionality for the original owner. If you drop it out the car window going 100 MPH on the freeway and it brakes, that’s your fault. If the parts don’t function or work, that’s our fault and we’ll fix it.”

We asked Capt. Justin Rea, one the top four or five guides in a community of hundreds of good guides in the Florida Keys, what he thinks of his Finatic Plus reels. Here’s what he had to say: “They’re excellent reels. I use the Plus 11 on my 10/11-weight rod and the Plus 12 on  my 12-weight rod. The Finatic Plus reels all hold a ton of backing and there’s no threat of going too deep into it with a big tarpon – if the guy knows how to fight a big fish or pays attention to what I’m telling him. The large arbor on my Finatics help my sports (clients) keep the pressure on the tarpon – with these reels, the pressure is on from the get-go and the fish knows he can’t get away with s&%t and therefore quits fighting and gives up. With smaller, cheap reels that’s impossible. When my sports  show up with small reels and we’re going to hook up with 100-pound pound tarpon, I tell them you’ll never beat the fish.”

Finatic Plus reels are protected from the elements by Type 2 anodizing. The reel comes in a variety of colors.
NOTE: The capacity information provided by Hatch is a minimum baseline standard only. Check the diameter of your backing of choice to estimate actual capacity.