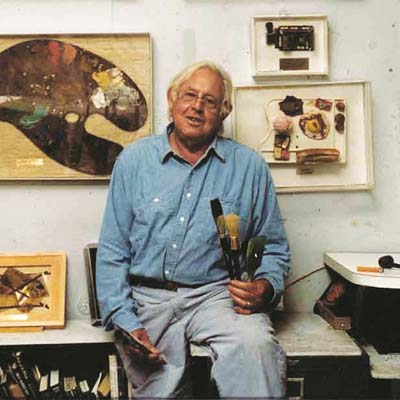 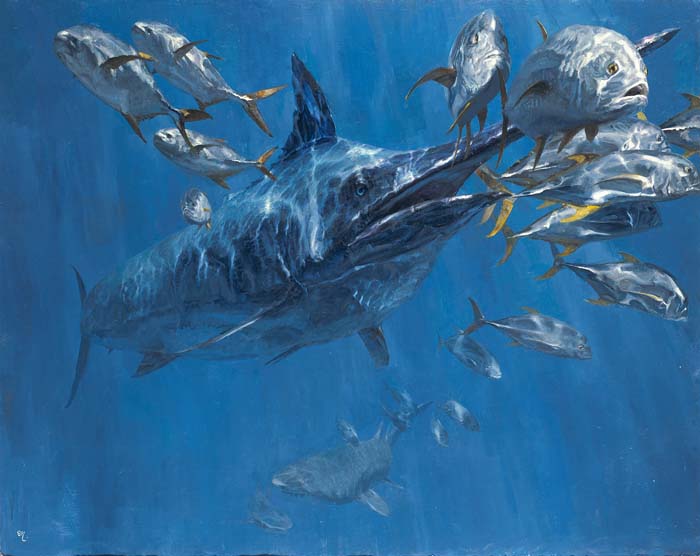 Oceans and Other Worlds

[dropcap]U[/dropcap]niversally acknowledged as the first and still finest artist ever to paint the world’s apex game fish, Meltzoff was born in Brooklyn and went on to artistic triumphs in a variety of genres. During WWII, he served as correspondent for THE STARS AND STRIPES army newspaper alongside the legendary cartoonist Bill Mauldin. Thereafter, he enjoyed success as a commercial artist and illustrator, ornamenting such magazine covers as The Atlantic, The Saturday Evening Post, and Scientific American, among many others.

With a 1960 commission in hand from Sports Illustrated, he created heretofore unimagined renderings of fish in their natural habitats, amazing the critics and turning the entire category on its head. An avid and experienced diver, Meltzoff’s thousands of hours spent underwater combined with a supremely gifted hand to create some of sporting art’s most memorable imagery. His subsequent paintings of tuna, billfish, and other species provided landlubbers everywhere a unique glimpse into a bluewater world filled with movement and drama. Widely honored throughout his career, including election in 1999 to the Society of Illustrator’s Hall of Fame, Meltzoff’s death in 2006 stilled a brush that will never be equaled.

Stanley Meltzoff in his studio – date and photographer unknown

Now the Society of Illustrators is delighted to announce an upcoming exhibition of the largest Meltzoff collection in decades. Almost 90 original works of art have been gathered from around the world, including formative sketches, preliminary studies, unfinished paintings, and a spectacular array of signature finishes. This show will have something for everyone from the student of illustration to the easel art collector, the science fiction buff to the WWII historian, the marine biologist to the dedicated saltwater angler.

The Society of Illustrators

The Hall of Fame Gallery is closed Tuesdays from 6 – 8pm for Sketch Night.