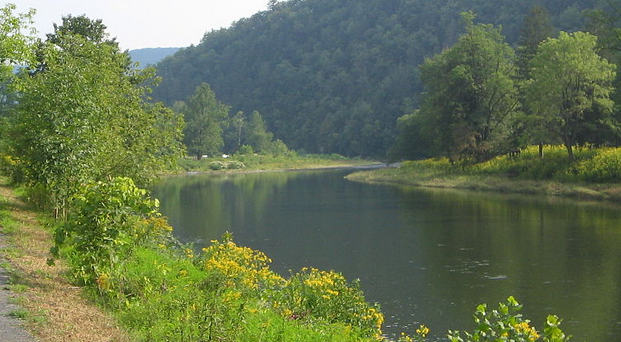 Getting an education in Cedar Run

[dropcap]H[/dropcap]owever, it has been my experience that learning what trout eat is far more complicated than knowing what triggers a largemouth bass, striper or tarpon to lust for an offering… although they can all be picky at times.

Meet Mr. Castellini; he needed no tools to tie a spinner Green Drake, Adams, sulphur, all his trout flies

Many years ago, maybe in the early 1970s or late 1960s, I learned more about fly fishing in two days than I had in a half dozen years leading up to those two days. I never wet a line either of those days; I just carried my rod everywhere listening to Louie Castellini.

Louie was a proud American who was born in Anzio, Italy. He’d survived Benito Mussolini, fascism, the Nazi’s and communists. He spoke broken English, but at the same time, it was grammatically perfect.

I met Castelinni one evening on the porch of the Cedar Run Inn, at the time it was a remote place in Lycoming County in NE Pennsylvania, and not much more than a boarding house. It was not yet widely known for its incredible Green Drake hatch or the inn its charm. Mr. Castellini was tying a Green Drake Spinner by hand – that’s right, no tools only traditional materials.

Louie and I became close friends. We decided to fish Pine Creek and its tributaries or nearby waters once a year around the time of the Green Drake hatch in June for a M thru F. We did that until he passed away in 1984

My first classroom with Louie was real estate just south of the Pine Creek Gorge which empties volumes of freshwater into Northeast Pennsylvania from New York State. One of the rivers that emerge is Pine Creek, a significant fishery itself and a worthy float tripper venue. Lots of trout with some smallies, but Pine’s most valuable connection to trout was, and still is, the Blue Ribbon tributaries of Slate Run and Cedar Run – both serious and productive trout fisheries.

Louie was retired from US Steel, Hazelwood (Pittsburgh). He had been a millwright. Everything he owned was handmade or modified to function better than when new or just better performing than before he tinkered with it. His old “Woodie,” a 1949 Ford station wagon with 489,000 miles on it looked brand new and ran better than new. He was known for that Ford.

His fly rods, handmade, were bamboo and S glass. The former museum quality, the latter better than anything on the market at the time and would be until the glass was eclipsed by graphite. His graphite rods were incredible and ahead of the market on smooth cast recovery.

Also, his outlook was so positive you got infected by just hangin’ around for a while. He was also a man for all seasons with an unmatched intellectual curiosity.

By the mid-1960s, I had become addicted to fly fishing and thirsted for information about it, but with a company to run and a family my researching was not so quickly come by. Everything learned about fish came by word of mouth or magazines, and Louie was my library – amateur fish biologist and master fly tier.

Fly fishing became the only diversion for me. Golf and tennis took back seats, and I preferred to be alone while engaged in fly fishing. 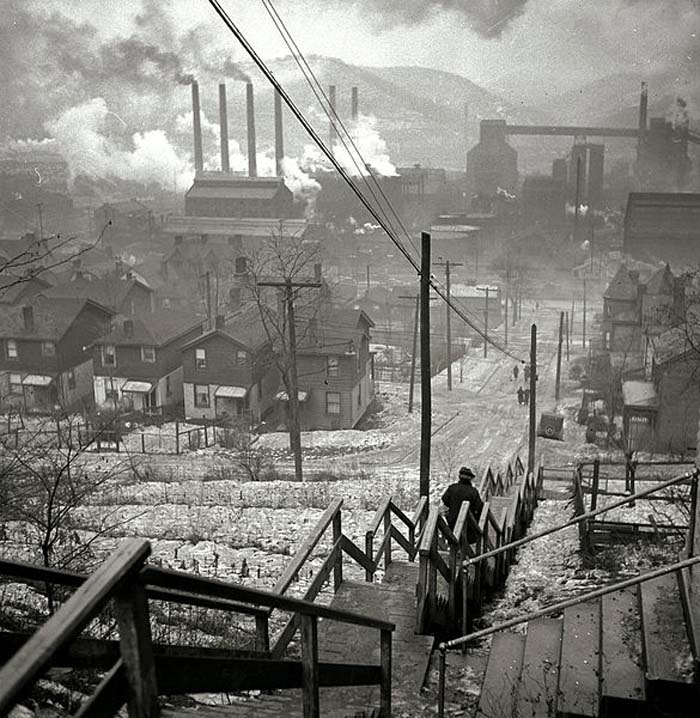 United States Steel Corporation (January 1940) Hazelwood Works on the Monongahela River – called the “Mon” by Pittsburghers. Hazelwood is a neighborhood of Pittsburgh, Pennsylvania, not too-far from the University of Pittsburgh, and the mill one of more than you could count in the war years in Pittsburgh. Although Louie was trying to stay alive in Italy when this picture was taken, he would eventually work at this mill and maybe walk those stairs. This is a public domain image – the photographer was Jack Delano.

Sculpins are catnip to big browns – never to be refused

Louie believed you only needed midges, Adams’, Prince Nymph flies, and a pocket full of crayfish and sculpin patterns to be assured of always catching trouts – anywhere, anytime, and the biggest ones. I’ve learned to agree.

Learning with Louie was all about what trout eat – aquatic insects (bugs), terrestrials (beetles, ants, grasshopper, dragonflies), and other fish like sculpins. Knowing as much as I could about the latter made me a weekend micro-biologist, as well, and a warrior of minutia.

Sculpins became my keys to the kingdom… monster trouts were always on my radar. I became the “Sculpinator,” which became the name of a sculpin fly named as such by Art Shenk (I think). Decades later Arnold Swartzenager’s “Terminator” movies helped other flies being named.

Sculpins are everywhere in the Northern Hemisphere and, oddly, New Zealand. They are also found in saltwater as well as freshwater. Distinctively, the freshwater versions we’re talking about are 3- to 5-inches long with prominently placed eyes that sit high on a broad, flat head. 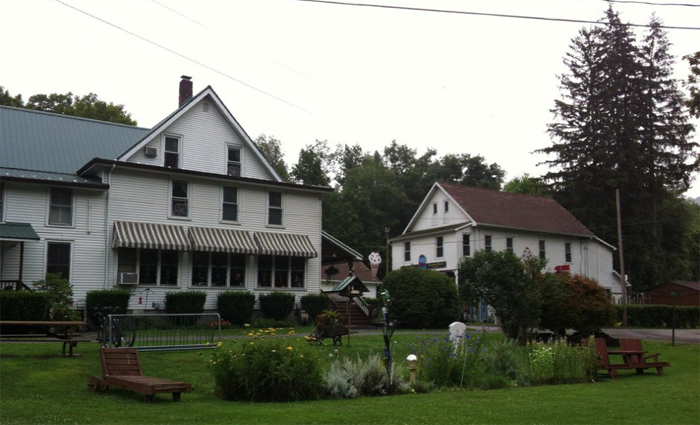 Cedar Run Inn (L) in Pennsylvania, Lycoming County, from the river side (behind the photographer)  and General Store across the street.

Cedar Run is an unincorporated community in Brown Township, Lycoming County, Pennsylvania. The stream with the same name as the community, enters Pine Creek at Cedar Run, in the Pine Creek Gorge. The stream is one of a half-dozen tributaries entering from the western side of Pine Creek, along with nearby Slate Run. The Pine Creek Rail Trail passes through Cedar Run. The village is linked to Pennsylvania Route 414 by a spur road crossing a bridge over Pine Creek.

The Cedar Run Inn and the Cedar Run General Store opened in the early 1890s and remain open today. A nearby Young Men’s Christian Association (YMCA) summer camp (Camp Cedar Pines) for boys and girls brought visitors to the area between 1920 and 1946. The last train passed through Cedar Run in 1989, and the tracks were removed.

The post office closed in 1993. In the 21st century, a private campground, Petticoat Junction, is at the north end of the village. And while the mills are gone, Cedar Run still enjoys some of the best fishing in the nation. Pennsylvania Fish and Boat Commission classifies seven miles of the Cedar Run tributary as Trophy Trout water.

Mottled Sculpin. When Louie and I wanted big fish in Pine, Cedar or Slate they were always fished with a big sculpin and bounced it along the bottom. Louie said, “If you weren’t getting hung up – losing sculpin now and again, you were never fishing in the first place.”

Sculpins are small, camouflaged fish reaching four or five inches in length. Their dark-and-light mottled color pattern helps them hide on the stream bottom. The broad head, fleshy mouth, and upward-peering eyes look large for the rest of the body. Sculpins are compressed top to bottom, tapering quickly from a robust head to a narrow tail.

The large, fanlike pectoral fins and the Sculpin’s flattened body shape allow it to stay pressed against the stream bottom, maintaining its position when in swift water–a hydrodynamic adaptation. Sculpins have no swim bladder, so they are non buoyant and move over the bottom in short spurts. There are two dorsal fins. The front fin is spiny, and the rear one is soft. Both are held erect. The pelvic fins have a single spine and soft rays. The Sculpin’s body is scaleless, except for some scattered areas that have small, sharp scales called “prickles.” The tail is straight or rounded.

There are two looks here about tying sculpins . . . The easier tie by Galloup, but for action try Richard Strolis’ articulated version of a sculpin.