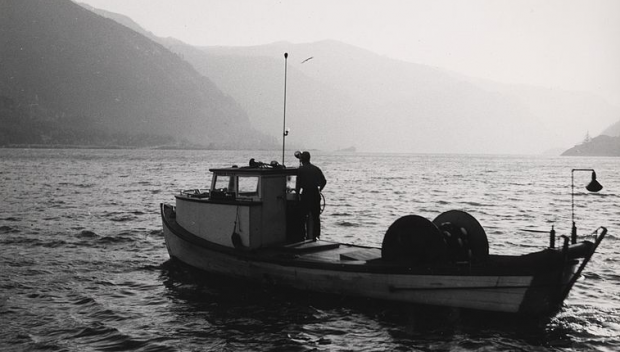 Gillnetting: The scourge of flats fisheries around the world

As game fish suffer, a handful of fishers in Belize threaten the livelihoods of thousands

Each year, visiting anglers spend about $41.3 million to catch the prized game fish that flit through Belize’s inshore waters. But the country’s sports fishing industry is in danger. A handful of local fishermen who deploy gillnets — a destructive form of netting that can kill animals from shrimp to whales — are wiping out the recreational species that are a major lure for tourists

[dropcap]T[/dropcap]our operators, activists, and fishers alike say only a total ban on gillnets can cut through the government’s complex web of laws and near total lack of at-sea enforcement of fishing rules. But in a move that perplexes many, the Fisheries Department has dismissed calls for a ban on these nets for nearly 20 years.

Belize’s quilt of sand flats, seagrass meadows, mangroves and river mouths nurture the so-called “grand slam” of flats fishing: tarpon, permit, and bonefish. These species, famed for their speed and acrobatics, can inspire anglers to travel great distances and empty their wallets for gear, guides and lodging — a big boon in a country where 35 percent of jobs depend on tourism.

Andrew Roe, president of the Belize Game Fish Association, recounted the tale of a visiting sports fisher who decided to pursue permit, a spade-shaped fish known for its knack at avoiding lures.

“He’s been at it for two years,” Roe said. “So far, he’s spent $50,000 and he’s not caught one permit yet.” Explaining that a permit would fetch only a few dollars as fillets, Roe added: “The value of that fish being alive and swimming around in the ocean far, far exceeds what it would be worth if it were dead.”

Though $50,000 and counting for a single fish might be extreme, anglers routinely outspend other tourists by a factor of three. According to Alissa Gentry of El Pescador Resort, a fishing lodge on Ambergris Caye, the resort’s guests spend around US $515 per day — the lion’s share of which goes to hire fishing guides, one of the highest-paid professions in Belize.

According to a 2013 report from the Bonefish and Tarpon Trust, Belize’s sports fishing industry supports over 2,100 full-time jobs. This is not an insignificant number in a country with a population of less than 400,000. Coastal development, habitat loss and other issues threaten the future of Belize’s flats fishing. But the one problem nearly everyone agrees on is gillnets — including the gillnetters themselves.

One fisherman from Punta Gorda, speaking anonymously for fear of reprisals, explained that he had given up these nets for good only a few weeks before the interview. “I love gillnets,” he said. “I can set them in the evening around four or five and go back to my bed. I check them one time at night, and in the morning I have some fish. It’s easy.”

“But,” he added, “I also see the impact gillnets are having on the country. I see the damage we do. I had to change.”

He said that he now works to persuade other gillnetters to switch to less-destructive gear like hook-and-line.

Gillnets, so-called because they snare their target fish by the gills, are invisible to most marine animals and indiscriminate in what they kill. Aaron Adams, a scientist at the Bonefish and Tarpon Trust, described witnessing their effects first-hand.

“There’s a bonefish flat near Belize City where fishing guides saw a guy stretching a gillnet . . . “