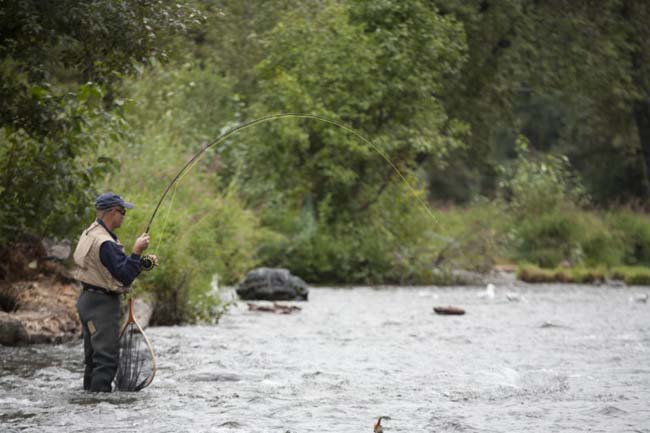 Almost every fly fisher, sports fisher, hunter, kayaker, hiker, camper, biker, photographer, naturalist, canoeist, birder, outdoor enthusiast of any kind, and conservationist organizations in the United States of America is against what the current administration wants to do with public lands they don’t own.

Ninety-five percent of Alaska’s voters want to protect roadless public lands and waters and are against the current administration ill advised battle flag of dig baby, dig. Tongass National Forest and other Alaska roadless lands will be developed under Trump’s state-federal plan. Remote fish and wildlife habitat in America’s largest national forest, the Tongass in Alaska, soon could be crisscrossed by a network of roads and other inventoried roadless areas left vulnerable to similar development under a proposal greenlighted by the U.S. Department of Agriculture.

The USDA has formally embarked upon a rulemaking process to develop an Alaska-specific version of the national Roadless Area Conservation Rule, which currently guides management of 58.5 million acres of backcountry national forests, following a request by the state of Alaska, which wants to facilitate increased development of and industrial access to roadless lands in the state.

Backcountry Hunters & Anglers members are responding by fighting for Alaska’s roadless backcountry, which includes habitat critical to robust big game populations and healthy fisheries. These public lands and waters are prized by sportsmen and women and are a mainstay of Alaska’s outdoors economy.

“The roadless lands in the Tongass National Forest encompass some of our most valuable, unsullied public lands backcountry,” said BHA President and CEO Land Tawney, “and roadless areas play a critical role in sustaining the value of the Tongass to fish and wildlife populations, sportsmen and women, and communities across southeast Alaska.

“BHA urges the Forest Service to listen to the Alaska hunters, anglers, outdoor recreationists, business owners and community members,” Tawney continued. “Of the 1.6 million comments submitted by Alaskans and others during the original roadless rulemaking process, 95 percent supported strong roadless area protections. We stand united in opposing any actions that compromise the integrity of our most valued backcountry landscapes. Together we stand for roadless public lands and waters, and together we stand for the Tongass.”

Alaska Gov. Bill Walker has openly acknowledged his interest in road construction in the Tongass as a way to facilitate economic development; however, a new state roadless rule could leave other national forests in the state, such as the Chugach National Forest in southern Alaska, vulnerable to industrial road development as well.

If the forest service and Alaska are going to develop a state-focused roadless rule, they should stick to the standards set by previous efforts.

Sometimes the world of public lands policy makes me feel like I’m helping my young daughter with her latest Lego set. She and I might spend hours assembling a boat or car, one piece at time until it’s completed and functional, and then she’ll play with it for a few days before deciding that it’s time to tear it apart and start all over again.

Such a process resembles the current situation of public land management in Alaska, where a carefully crafted conservation plan has been working with success since its establishment seventeen years ago, but the Forest Service must return to the drawing board to create a new plan for managing 14.7 million acres of some of the world’s most productive salmon and Sitka blacktail deer habitat.

And in this case, rather than the few hours it takes to rebuild my daughter’s plastic toys, the decision to scrap this carefully crafted policy will require millions of public dollars and years of committed work by our already overworked management agencies.

That’s right, the U.S. Forest Service recently announced that it has agreed to work with the state of Alaska to develop a state-specific rewrite of the 2001 Roadless Area Conservation Rule, which is designed to conserve undeveloped backcountry public lands that have never been roaded or developed. These areas in the Tongass and Chugach National Forests provide enormous benefits right now for hunters, anglers, and the commercial fishing industry, and the current roadless rule is doing its job of ensuring they continue to do so.

With that said, since it is now clear that a new plan will be rewritten for Alaska, we want to outline how this process must unfold in order for it to succeed. About a decade ago, the states of Idaho and Colorado followed a similar path and developed state-based rules for roadless areas within their borders, and the TRCP played a leading role in seeing that these efforts produced plans that benefitted wildlife, conserved habitat, and safeguarded quality hunting and fishing opportunities.

Below are the lessons learned along the way that the Forest Service and state of Alaska must heed if they hope to develop a workable and supportable Alaska roadless rule.