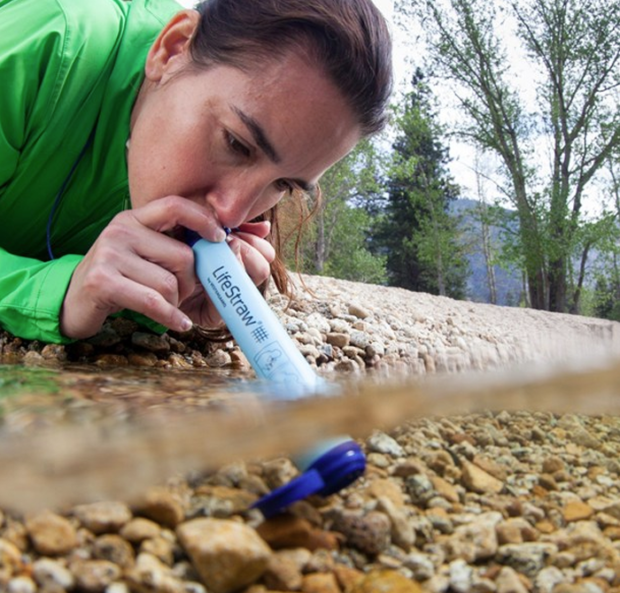 Using the LifeStraw system is intuitive, and there are no chemicals to add or batteries needed, and there are no moving parts. The filtering system will last the equivalent of one year of water used by an adult. It costs less than $20.

Backcountry angling has its demands for equipage, safety, hydration, and navigational aids

[dropcap]H[/dropcap]ydration calls for carrying water with you, about four quarts for an eight hour day, which is over-the-top too heavy and far too much bulk. It also presents the unsavory possibility of discarding plastic bottles into pristine environments.

There is a solution, a simple one, a lightweight one, and it’s 99.99% safe for filtering out common pathogens like bacterium, salmonella, cholera, E.coli, protozoa, such as giardia and cryptosporidium, protozoa, prion, fungus, or other micro-organisms possibly found in the wilds of North America’s backcountry waters.

The system will not filter out heavy metals, saltwater, chemicals or viruses. However, these elements are not typically found in the backcountry waters of the US and Canada.

The main disadvantage of the LifeStraw is that there’s no way to filter and store clean filtered water between uses. You can only sip water with the straw. You can’t run a batch through and store it for later like you can with the Sawyer Mini or Sawyer Squeeze Those filters allows you to sip or batch filter water when screwed onto a soda water bottle or compatible soft bottle. If a Sawyer screw-on filter sounds more your speed check out, Sawyer Squeeze or Mini: How to Choose, which explains the pros and cons of both units.

While the LifeStraw does filter out giardia, cryptosporidium, and bacteria, it does not remove viruses, particularly those that are transmitted in fecal matter, including Norovirus. If virus protection is a concern, you should use a water purifier that neutralizes or removes viruses like a Grayl Water Purifier Bottle, an ultra-violet Steripen or Chlorine Dioxide Tablets.” — Section Hiker