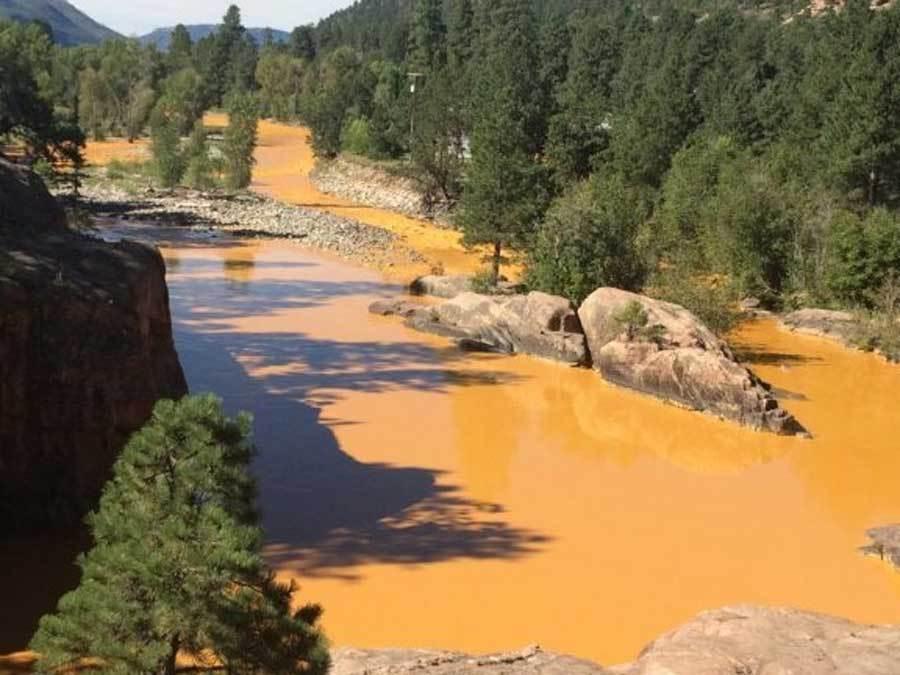 The Environmental Protection Agency was attempting to clean up the Gold King Mine safety deficiencies, and leaks accidentally ruptured a weak section of contaminated tailings and flooded the Animas River near Durango, Colorado with toxic wastewater in August 2015. Eventually, the toxicity killed every fish, and all streamside flora, and fauna: Photo Credit La Plata County – a commons image.

The following excerpts from the article originally published by Center for Public Integrity, in partnership with Mother Jones, and  part of High Country News’ Climate Desk collaboration. 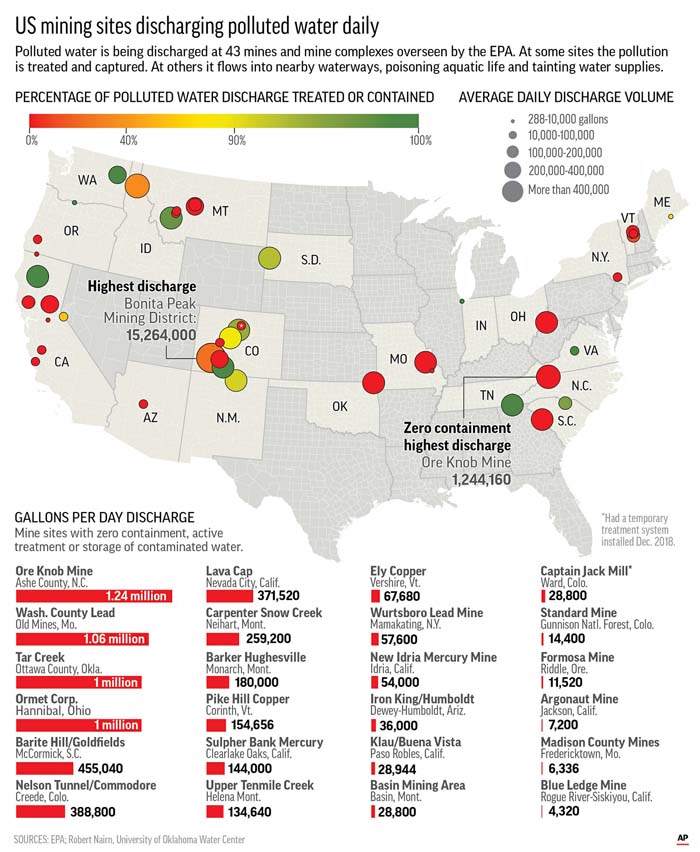 Graphic looks at polluted water discharge flow and levels of treatment of polluted discharge at 43 sites. Breakdown of discharge for sites with zero treatment or storage of contaminated water. AP chart.

Nearly 2,000,000,000-pounds of toxic waste dumped into western waterways in 2017, and taxpayers left to clean up the mess. It’s not a new story. It’s an old story now on steroids under the current administration’s reckless environmental disregard. Additionally, the administration has endorsed hard rock mining companies qualify for cleanup welfare.  — Skip Clement

[dropcap]T[/dropcap]he remnants of an abandoned gold and silver mine scar the Little Rocky Mountains just south of the Fort Belknap Indian Community in Montana, bleeding polluted orange water into streams. Pegasus Gold Corp., a Canadian company that owned that mine and several others in the state, went bankrupt and folded 20 years ago. That left a legacy of water pollution and a cleanup bill nearing $100 million — with no end in sight. 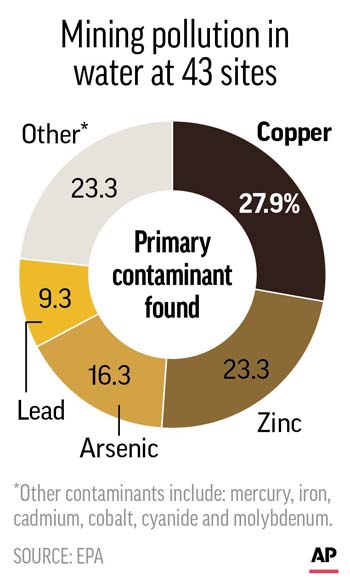 Pegasus isn’t an isolated case. Especially in the drought-prone West, the outdated and opaque regulatory system meant to ensure money is available to restore water and land at gold, copper and other hardrock mines often falls short. Regulators with insufficient funding are tasked with cleaning up a mess left years ago by now-defunct companies. The agencies that required those firms to set aside money underestimated how much it would take, in some cases acquiescing to companies pressing for lower amounts.

Pollution seeping from these mines regularly contaminates waterways. There’s often no end date to treatment costs, billions of dollars of which have been shouldered by taxpayers.

Mining has polluted the headwaters of more than 40 percent of Western watersheds, according to the EPA. In 2017, metals mines generated nearly 2 billion pounds of toxic waste. That’s roughly the same weight as 5,000 Boeing 747s, and it accounts for a full half of toxic waste generated by all industries across the country.

The facts are incontrovertible,” said Jennifer Krill, executive director of Earthworks, an environmental advocacy group. “Mining is the nation’s largest source of toxic pollution. The costs have been counted and are only going to continue to grow.”

An Earthworks report studying the mines responsible for 93 percent of U.S. gold production in 2013 found every site had at least one pipeline spill, such as diesel fuel or dangerous cyanide solutions used in gold processing. About three-quarters of the mines also harmed nearby groundwater or surface water, “including impacts to drinking water supplies for residential homes and businesses, loss of fish and wildlife habitat, and fish kills.” An estimated 50 million gallons of water polluted with toxic metals still flows from the country’s hardrock mines daily, the Associated Press revealed in February.