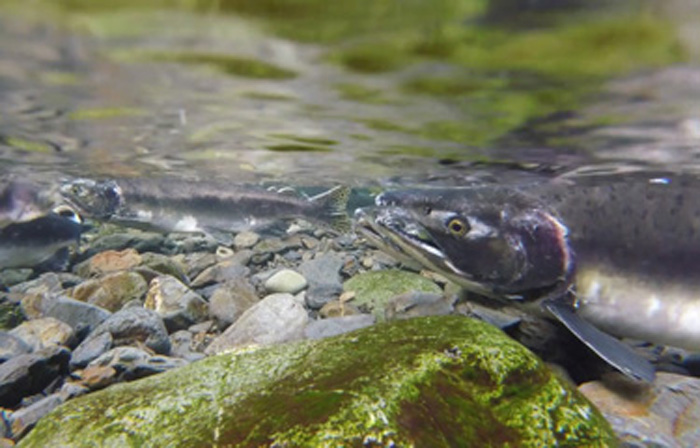 Chris Loew reports from Osaka, Japan as a contributing editor for SeafoodSource.com. In addition he proofreads Japanese-to-English translations. Chris is a 1990 graduate of The Evergreen State College in Olympia, Washington. After graduation, he worked for two years in the purchasing department of a Japanese meat importer, and for five years as export director for two Seattle food companies, selling to customers in the Far East, and arranging shipping and export documentation for mixed containers of frozen foods.

[dropcap]R[/dropcap]elatively few hatchery fish successfully spawn in the wild, but those that stray from their hatchery location and make their way up a wild salmon stream may do more harm than good. If they mate with wild salmon, they may introduce weaker genetics to the wild gene pool that harm the long-term genetic fitness of the population, impacting its ability to survive and reproduce. This is called “introgression.”

Fisheries managers are coming around to the idea that hatcheries, while providing fish to commercial and sport fishermen, can also harm, rather than supplement, the wild stock

One of the leading researchers on this topic is Hitoshi Araki, a professor at the Animal Ecology Lab of the Research Faculty of Agriculture at Hokkaido University in Japan. He previously studied how hatchery steelhead interact with wild salmon in Oregon’s Hood River and has written several papers on how breeding of hatchery salmon with wild salmon lowers the genetic fitness of the wild salmon.

The topic is an important one for Japan because Japan’s hatchery releases of chum salmon are the largest in the world, though Alaska’s hatchery program is also very large

“Japanese fisheries and salmon biologists are concerned with the ecological/genetic interactions between hatchery-born and wild-born fish, (as we found in steelhead, coho, chinook, etc. in U.S.),” Araki told SeafoodSource. “The biggest issue here in Japan is that people involved in salmon resource management still believe hatchery propagation [is] (almost) the only way to recover healthy salmon populations and to maintain salmon fisheries. [They] often think all salmon coming back to their system are theirs, without a concept of ‘collaboration with nature.’ I do not mean that hatcheries are bad, but at least a part of spawning fish should be left in the wild.”

Leaving some of the salmon to breed naturally is important for maintaining the selection pressure that maintains fitness, Araki said. These wild salmon could then be used as broodstock in the hatchery programs. While local salmon may have been used at the start of a hatchery program, repeatedly using the same stock allows progressive loss of fitness. It is therefore important to keep taking broodstock from the wild population, to the extent that it doesn’t overly deplete that population.

Salmon lose fitness in even a single generation

So applying similar stresses in the hatchery environment might also help, Araki said. He’s hoping to figure out a way to mitigate the human interference per se, such as the time and strength of artificial selection, by which hatchery fish can somehow maintain some wild-oriented genes, behaviors, and fitness.

To determine whether a salmon taken from a local river is actually wild, and not just a stray hatchery salmon, otolith marking is used. A regime of raising and lowering the temperature at the juvenile stage leaves a “barcode” of marks on the otolith that can be read under a microscope. The same system is in use in American hatcheries.

“They are not 100 percent marked yet [in Japan], but we can actually find their origin pretty easily if the local hatchery equipped with an otolith marking system,” Araki said. 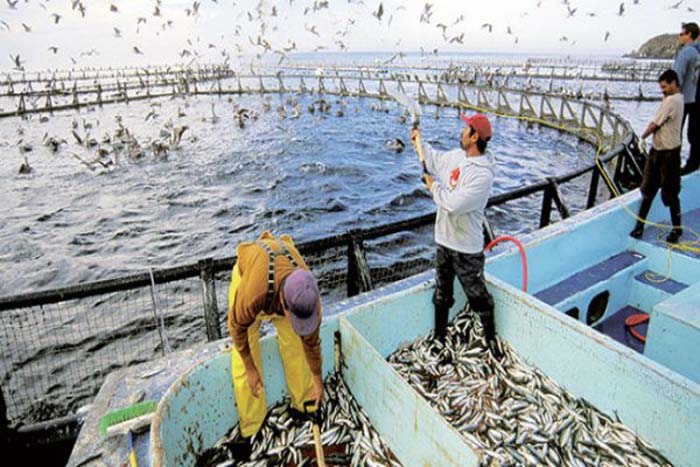 Pete Rand, a research ecologist at the Prince William Sound Science Center in Cordova, Alaska, and previously a conservation biologist at the Wild Salmon Center in Portland, Oregon, has extensively studied the effects of interbreeding of hatchery salmon and wild salmon. Rand told SeafoodSource hatcheries can be divided into those that are meant to provide salmon for commercial and sport harvest, and “conservation hatcheries” that are meant to supplement a wild run. However, the latter are not fulfilling their purpose.

“There’s been a lot studies now showing that conservation hatcheries are not meeting those objectives. They very quickly become domesticated and so there’s trait divergence that happens – almost every study that I’ve seen – this happens even within the first generation. You get these maladapted genes for hatchery fish and they end up spawning with wild fish and that reduces the fitness. So, we need to reduce this trait divergence that occurs. I think there’s a lot of effort to reduce that, but in general it doesn’t work very well.”

He said that “integrated” programs that continually draw broodstock from wild populations and try to raise them in more natural conditions are better than those that don’t.

Rand said that the scale of hatchery releases from the nations around the North Pacific has an effect not only in the streams, but also in the ocean where they compete with wild salmon for prey

“Across the North Pacific, it’s thought that 20 to 30 percent of the biomass out there is hatchery origin, so it’s important for us to understand how these fish are competing with wild salmon in the ocean,” he said.

Most of the hatchery breeding in Japan is for chum salmon. Rand estimates that the Japanese are raising and releasing about one billion fish annually, making it probably the largest hatchery program in the world. Japan also has smaller-scale programs for pink and masu (cherry) salmon.

Despite various problems with hatchery programs, Rand said that he is not against hatcheries

“There are policies in Alaska to situate hatcheries away from important wild salmon areas. That’s a very good thing to do. It’s also important to try to bring the wild fish in to serve as parents to reduce the domestication effect. But in some cases, it does make sense to reduce the number of releases, or at least experiment and have some years where you have low releases to see what effect it’s having,” he said. “I understand the benefits of hatchery programs. In Alaska, it’s created jobs and income, and I think in some cases hatcheries are sustainable, but it’s important to investigate – not ignore, but try to understand. Are hatchery fish straying? Are they reproducing with wild fish? Let’s frame these as research questions and apply the scientific method to get some answers.”