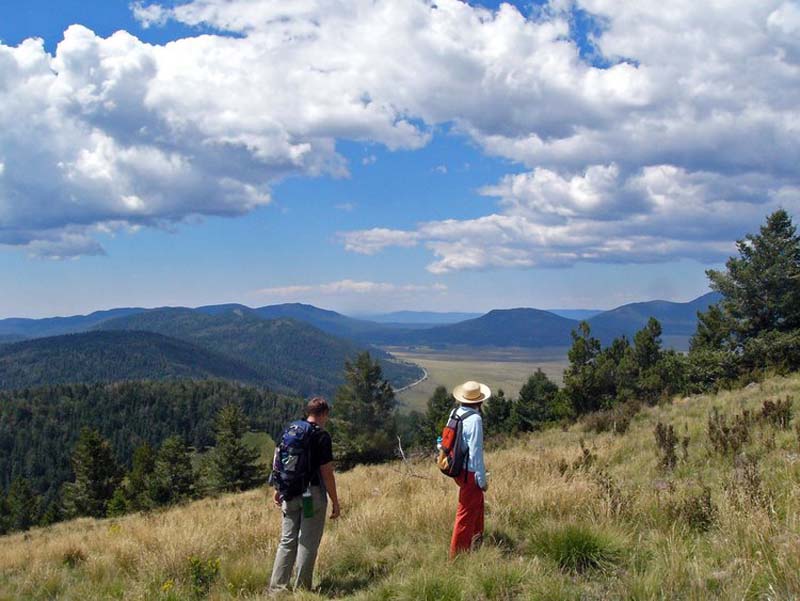 Nearly every year, Congress breaks its own promise to the American people and diverts much of the Land and Water Conservation Fund funding to uses other than conserving our most important lands and waters. Photo Bandelier National Monument via NPS flickr – a commons image.

Why is the Land and Water Conservation Fund good for all Americans? 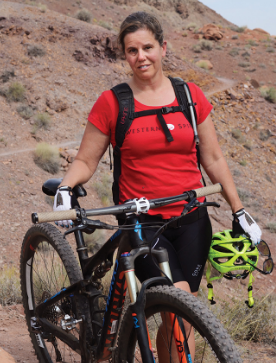 Congress has an important opportunity to permanently and fully fund the Land and Water Conservation Fund (LWCF) by passing the GreatAmerican Outdoors Act.

The LWCF has benefited every statein the country by investing in outdoor access for all Americans including urban parks, community trails, backcountry trailheads, fishing areas and many many others. These recreation assets serve as economic drivers by bringing high quality of life to communities around the country. Unfortunately, Congress has failed to fully fund this important program for decades. Right now, Congress can fix that.

Many Americans treasure our public lands and the experiences these special places provide — fishing, canoeing, hiking, climbing, hunting or biking, just to name a few.

Our national forests, national parks and other federal lands are essential components of the American experience, yet there remains a long-held bias against the federal ownership of land.

The first Western settlers were admirably self-reliant. Private land ownership allowed them to provide for their families and generate wealth, as it has for much of human history. For many, owning land and using it to produce food, mine minerals or harvest timber have always been the only honest ways to make a living. Everything else was pretty much snake oil.

This focus on private land ownership as the backbone of the economy persists, but today livelihoods are less and less dependenton it. Yes, we still need resources of every kind that come from the land, both private and public, but there is a reason that so much of the fantastic and rugged terrain of the American West was left unsettled. Many of these places remain remote, dry and steep. Yet despite their unsuitability for cultivation or even mining, the fact that they ended up in federal hands is irksome to those who believe that federal land ownership is prohibiting local folks from generating wealth.

America’s first fish, the brook trout [Salvelinus fontinalis – a char] by award winning watercolorist Thom Glace. The brook trout is native to Eastern North America in the United States and Canada, but has been introduced elsewhere in North America, as well as to Iceland, Europe, and Asia.

Old West elected officials like to imagine how amazing it would be to collect property taxes on the 640 million acres of the federal estate. But traditional property tax collection assumes a private revenue stream that is simply impossible to generate on vast acres in remote backcountry areas.Meanwhile a significant and growingsource of revenue is coming from these lands via the establishment and management of recreation assets, which is why the LWCF is so important. The trails, canyons and rivers on our public lands that LWCF has funded attract both visitors and quality of life recruits who value the great outdoors. Land in its natural state is an economic driver for a growing number of communities from famous destinations like Moab, Utah and Jackson Hole, Wyoming to up and coming cities and towns like Farmington, New Mexico and Fruita, Colorado. Plus, the conservation of our public lands is an essential component of maintaining a livable earth.

The growing prosperity of communities with access to public lands is directly related to several macro-economic trends: the need to maintain the quality of our land, air and water; health concerns about screen dominated lifestyles; and the footloose economy, which allows many people to live wherever they choose.

Recruiting employees, attracting retirees and providing jobs for local families are all easier to achieve in places that can boast a high quality of life related to outdoor access, and LWCF is the key tool for granting this access.

There is an LWCF project in every congressional district in America, and the direct and indirect return on investment from these projects can be seen in the popularity and the prosperity of nearby communities.

Using oil and gas royalties as LWCF has been authorized to do is an appropriate and effective way to invest in America’s communities. It is time for Congress to permanently and fully fund the Land and Water Conservation Fund to ensure that the quality of life inherent in access to the out-of-doors is available to all of our citizens.

Ashley Korenblat is the CEO of Western Spirit Cycling and Managing Director at Public Land Solutions. She lives in Moab, Utah with her son and husband.

Learn about how the Land and Water Conservation Fund (LWCF) has helped protect some of the most iconic landscapes on the Appalachian Trail in North Carolina and Tennessee!