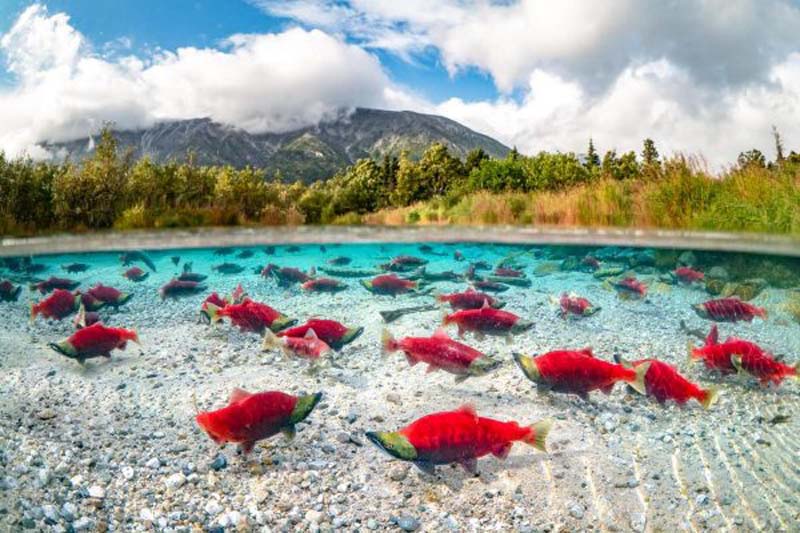 Sockeye salmon like these tend to use many different parts of the Bristol Bay watershed during their adolescence, according to a recent study. (Credit Jason Ching / University of Washington / courtesy of Alaska Public Radio. Trump wants the Pebble Mine adventure to risk collapsing the world’s great salmon run. Alaska’s Governor, Michael James Dunleavy [R], is now on-board with the Pebble Mine folley. Money talks, they showed him the money.

Republicans fail to explain to their base that fishing and hunting are on their way to being much less available to them in the future, and that their legislated pollution will cause that

Mining pollution will again take out thousands of miles of rivers and streams now abundant with trout. Thousands of acres of wildlife habitat and hunting sanctuaries rich with game and birds will return to before the rules – wastelands.

As the decade moves forward, the Republicans will have enabled increased air pollution and cause significant increases in child and worker respiratory diseases and deaths as well as losses in millions of acre-feet of viable freshwater resources due to contamination.

Failing to speak up – do the right thing. It’s become the new Republican trade mark

When all the grousing was said and done, corporations accepted the government’s environmental regulations without hardship – think the automotive industry for the most evident example. The laws, the industry decided, were nonintrusive, or they were satisfied being part of the welfare of the environment. And every outdoor group in America was cheering loudly – until Trump. Millions have been enjoying the “improved” out of doors for decades – a heritage unique to America in a nonpartisan way, until Trump. 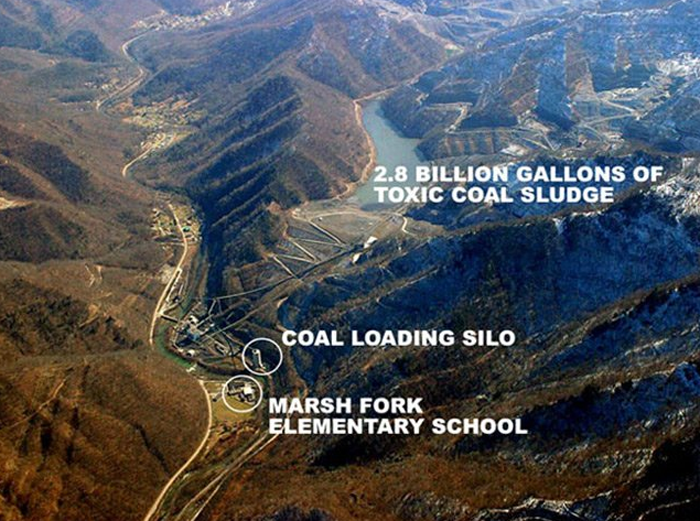 Marsh Fork Elementary in Sundial, WV, is on the front lines of mountaintop removal, located 150 feet from a coal preparation plant and 400 feet below a leaking dam holding back 2.8 billion gallons of toxic coal sludge. Local residents have launched a campaign called Pennies of Promise to build a new school in a safe location in their community. Photo courtesy of Appalachian Voices  and by Benji Burrell – early 2000s.

Clean water and clean air are bad for us?

Clean air and water are both under a wasteful attack, so coal, Pebble Mine and Boundary Waters mining, and other misadventures can work their magic and destroy the significant improvements we are enjoying.

In time, fishing, hunting, canoeing, kayaking, hiking, camping, birding, and more recreational real estate will heading to the chopping block and end great portions of the billions of dollars outdoor industries contribute to our economic prosperity will just keep shrinking.

Sorry folks, there’s no alternate reality for you to cling to when it comes to pollution

Republicans stay silent as Trump sees existing environmental rules as burdensome to the fossil fuel industry and other big businesses, so they are officially reversed or substantially rolled-back.