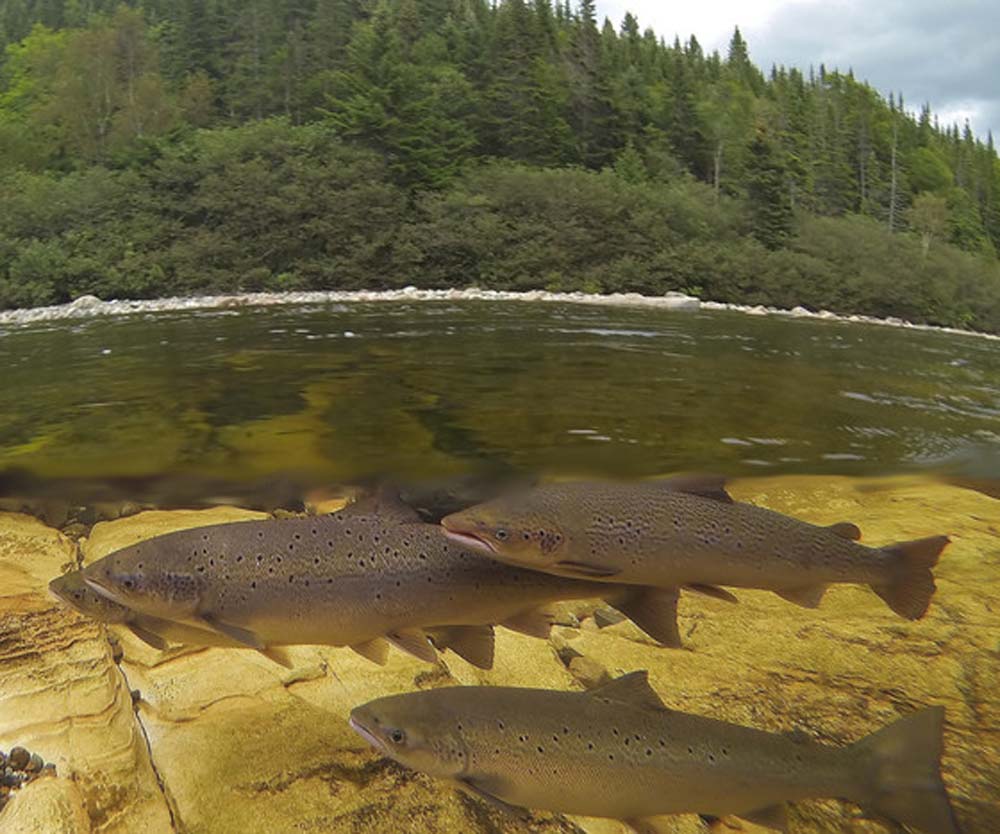 Hook and release realities, a Canadian study of Atlantic salmon

With a long history and an impressive number of ardent supporters, the Atlantic salmon remains one the most popular game fish of the world along with being among the most threatened. Illustration by world renown watercolorist Thom Glace.

The Atlantic salmon has no other salmon as a game fish peer because of its speed, fighting ability, and singular need to aerialize when hooked-recorded reaching almost 12-feet on one occasion. Only the mature coho in the Pacific tribe of salmons consisting of chinook, coho, chum, sockeye, and pink, will jump. However, sockeye juveniles will jump. The Atlantic salmon is also is capable of living as long as 13-years, but most Atlantic salmon that survive to reproduce-as many as three times, live 5- to 8-years [1-7 years in freshwater, 1-6 years in the marine environment].

Note: The Masu salmon and amago salmon are the other Pacific salmon- found only in Asia. — Skip Clement

In addition to this overview, the full version of the study has been submitted for publication in a scientific journal. A current draft of the full study is available here. 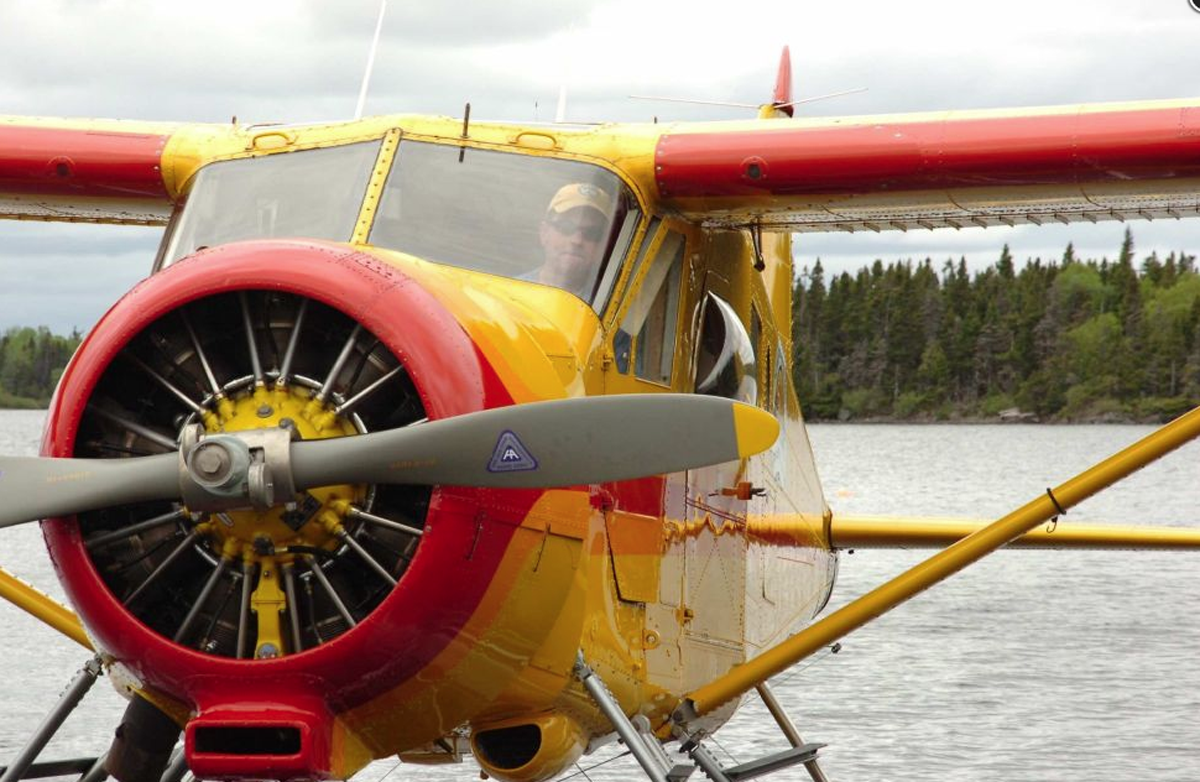 Most Atlantic salmon are anadromous, meaning they undergo their greatest feeding and growth in salt water; however, adults return to spawn in native freshwater streams where the eggs hatch and juveniles grow through several distinct stages.

When biologists compared the survival of salmon that were angled and those released at the counting fence, those that were angled had only slightly lower survival rates. When compared to the control salmon, the angled salmon were three to six per cent more likely to die. The risk of death after hook and release increased substantially as water temperatures increased, especially temperatures above 18 degrees Celsius [64.4F]. A summary of the conditions of the hook and release events can be found in Figures 1 and 2. [Go to complete story for charts and graphs.]

There were a number of factors identified that can influence the risk of death for a hooked and released salmon, however there are a few key best practices that were identified:

• Do not practice intentional hook and release in water temperatures over 18 degrees Celsius;

• Do not remove the salmon from the water;

• Do not touch or handle the salmon unless absolutely necessary (use bare wet hands). Other best practices and decision-making points in the hook and release process are also important, but the three recommendations listed above are the most important to consistent successful releases.

This first scientific paper was based on data collected during the Newfoundland and Labrador Atlantic Salmon Hook and Release Study, and focused on determining the effect of hook and release on survival of salmon. However, hook and release angling has also been shown to effect behavior (e.g. migration timing) and spawning. Future research planned by the provincial Wildlife Division and DFO scientists will be analyzing the data to determine if hook and release had effects on the movement and spawning of salmon in Western Arm Brook. 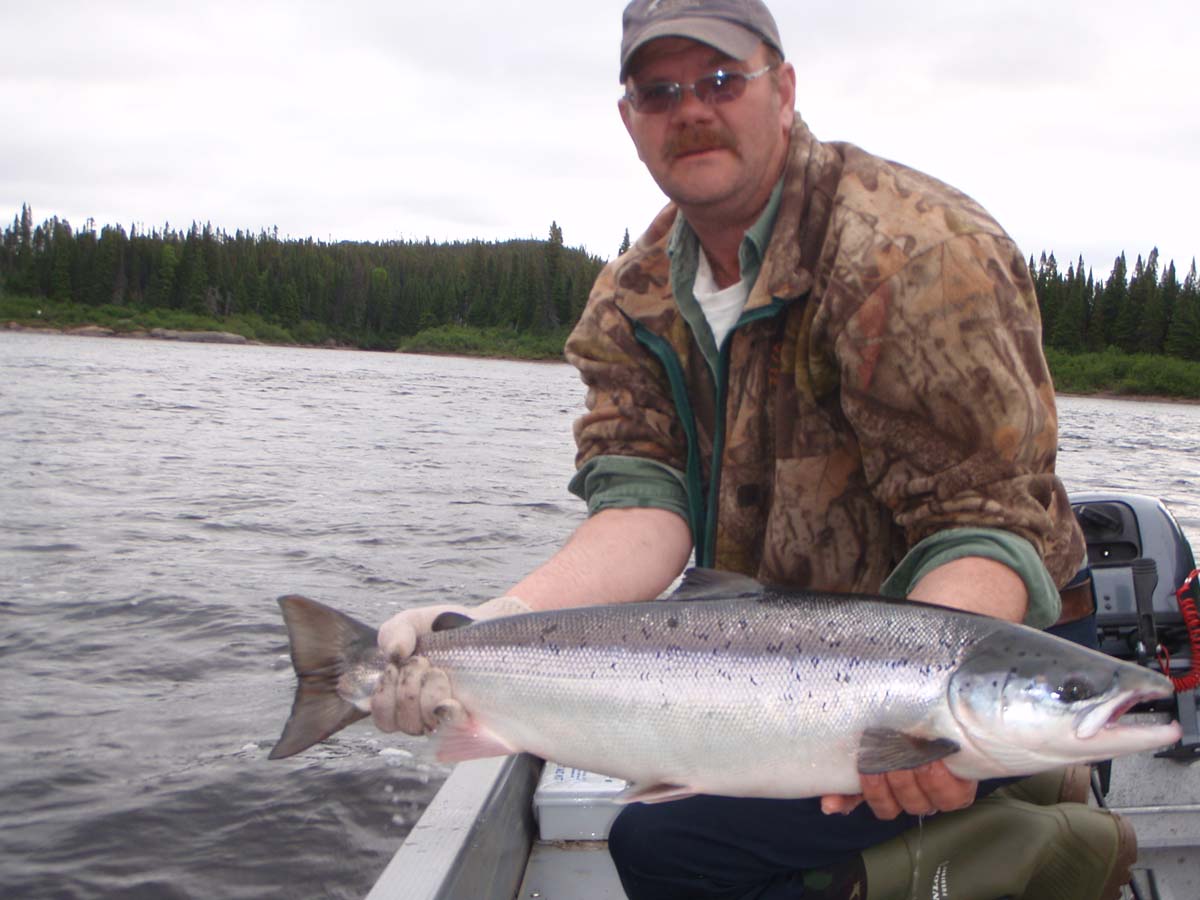 Eagle River-Pratt Falls Lodge. A well meaning angler might not have had the advantage of knowing the newest release standards. Photo credit DavidandHeidi.

The following are some best practices for anglers related to hook and release:

1. Be sure you are aware of river conditions and regulatory status. Do not practice intentional hook and release at water temperatures over 18°C.

2. Be prepared to do a release. Have a plan and use the proper equipment including:

a. A knotless rubber net or sling

b. Pliers for removal of the hook