How Long Before These Salmon Are Gone? ‘Maybe 20 Years’

[dropcap]T[/dropcap]he Middle Fork of the Salmon River, one of the wildest rivers in the contiguous United States, is prime fish habitat. Cold, clear waters from melting snow tumble out of the Salmon River Mountains and into the boulder-strewn river, which is federally protected.

The last of the spawning spring-summer Chinook salmon arrived here in June after a herculean 800-mile upstream swim. Now the big fish — which can weigh up to 30 pounds — are finishing their courtship rituals. Next year there will be a new generation of Chinook.

In spite of this pristine 112-mile-long mountain refuge, the fish that have returned here to reproduce and then die for countless generations are in deep trouble 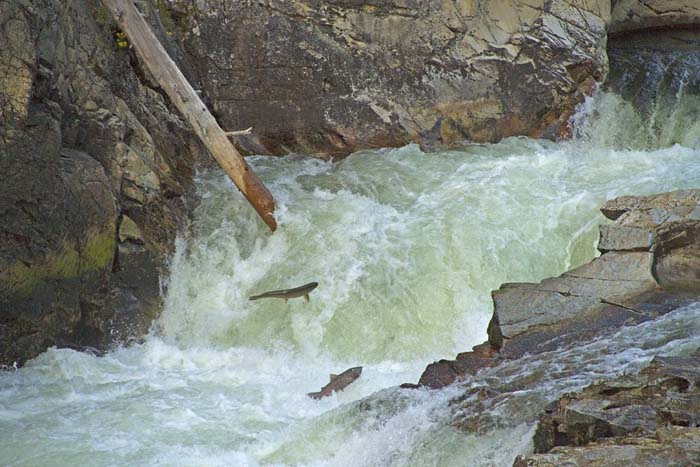 Some 45,000 to 50,000 spring-summer Chinook spawned here in the 1950s. These days, the average is about 1,500 fish, and declining. And not just here: Native fish are in free-fall throughout the Columbia River basin, a situation so dire that many groups are urging the removal of four large dams to keep the fish from being lost.

The Columbia River was once the most productive wild Chinook habitat in the world.”

Standing alongside the Salmon River in Idaho, Mr. Thurow considered the prospect that the fish he had spent most of his life studying could disappear. “It’s hard to say, but now these fish have maybe four generations left before they are gone,” he said. “Maybe 20 years.”

Thirteen species of salmon and steelhead trout are listed as threatened or endangered in the Columbia basin, an area that includes parts of Idaho, Oregon, Washington, Montana and British Columbia. Salmon are a keystone species in this region, critical as a food source for animals from bears to eagles to insects

That group of beneficiaries includes an endangered population of orcas, or killer whales, along the West Coast that survive by eating Chinook in the winter and spring, up to 30 a day. 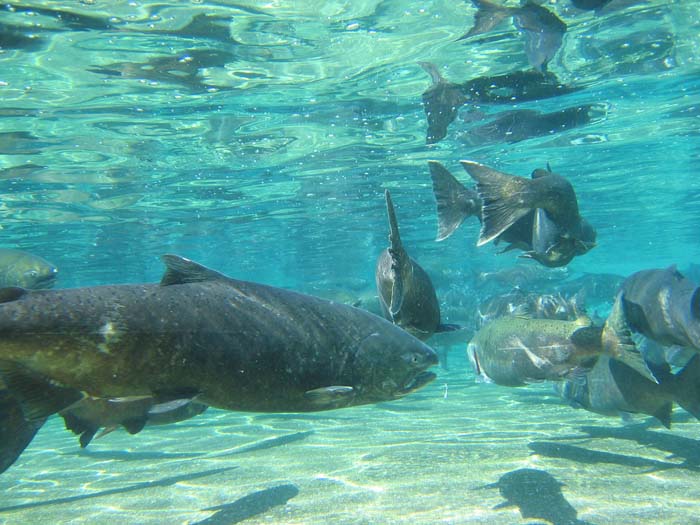 Many experts believe the orcas are starving in large part because of the decline of wild salmon. This year alone, their number has dropped from 76 to 73, alarming conservationists and scientists. Last year, an orca mother carried a dead calf for 17 days on her back. She was presumed to be grieving.

The best thing you could do to get more spring Chinook for the orcas is to remove those four lower dams,” said Don Chapman, a retired fisheries scientist who worked as a consultant to the hydropower industry and defended the dams and mitigation efforts.

He has since changed his mind about the dams: “They kill too many juveniles going downstream and some adults going back.”

Salmon are swimming in warming waters, with uncertain consequences, according to a recent study. Breaching the dams also would help keep water temperatures cooler as the climate changes, Dr. Chapman said.