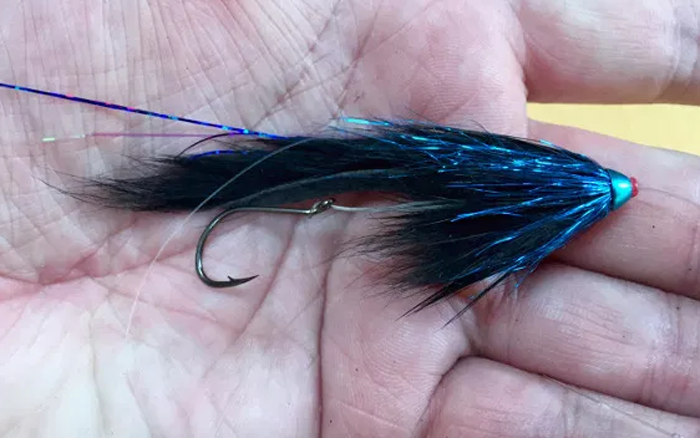 If fish could talk, they’d say it’s the hook they fear most

Hook tied flies via video or conversations with others never much focuses on the importance of the hook used or why a particular one?

[dropcap]I[/dropcap]t would be nice to have a wide circle of fly tying friends or an association with a few who excel at tying – capable of innovative tying techniques, coming up with new materials discoveries, and having a YouTube or Vimeo presence. One that attracts because of having radio/TV pipes, and puts instruction together with a Hemingway-esque limit of words, not idle prattle of self-aggrandizing commentary that so many bore us with today.

Those that are helpful to me and currently tying, but not necessarily limited to the following are Jay Nichols [The Caddis Fly Angling Shop], James Spicer [Intheriffle], Bob Popovics [Wetahook], Tim Flagler [Tightlines], Ruben Martin, Kelley Galloup [Slide Inn], and many others in the U. S., Canada, Europe, South Africa, to Latin America, and South America.

What lead to writing the latter, and giving recognition while admitting my less than magical hands at the vise was switching to primarily tying tube flies. It has made me a much better fly fisher, and not so much being tube flies, but that’s undoubtedly a significant factor, but having a fixation on the importance of hooks.

Yes, of course, there’s the obvious usage of billfish hooks versus pupa stage hooks and so on

But many times, the hook on hook tied flies is determined by the size of the fly, particularly streamers, baitfish imitations, and other mimics of food consumed by prey. With tube tied flies, the details of the hook are chosen for effectiveness, not determined by the size of the fly. If I didn’t have the hook that Tim Flagler called out, couldn’t find the one that Kelley Galloup suggested, or locate the hook Ruben Martin recommended, I gave little thought to the hook I was replacing the “advocated” with.

It is hard to say that a particular tube fly did well or poorly because of my tying, the substituted materials, or the hook itself? But my catch bank account began swelling, consistently, and stayed on that chart through the seasons. Initially, I thought it was just tube itself; then, there was another dawning. I was catching tail nippers with specific hooks. Too, I could change the hook orientation while fishing, I could run the hook through a hide to make it as long as the fly, and I could do all those things while fishing the fly I had. There was no need to stop and change-out anything.

I began discovering the importance of the gape, bite throat, type of eye, and especially the strength of the wire. I started increasing hookups with offset hooks and circle design but stayed with my preference for barbless. Then, with a few years into tubes, I was able to save on hook costs by staying with one brand and limited hook sizes, as pictured below. That does not include hooks for billfish, some sharks, ocean running jacks, and GT’s, but does for tarpon.

Choosing the right hooks puts Galloup in a box.