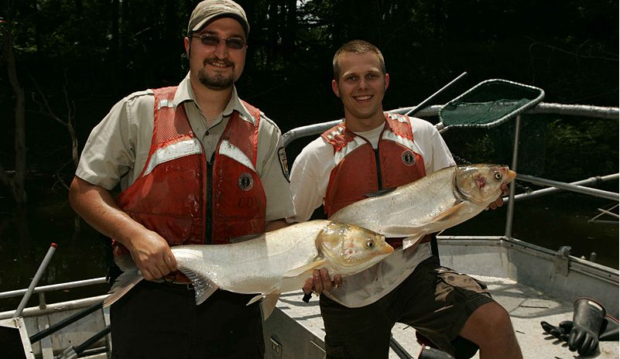 By AndrewNovember 6, 2019No Comments
By Jack Nissen for Fox 2 Detroit

LANSING, Mich. – Michigan’s Department of Natural Resources is pledging $8 million to the construction of a barrier in Illinois that would protect the Great Lakes from Asian carp.

The invasive species, long considered a threat to the biodiversity in Lake Michigan and inland lakes around the region, has come close to making it through the Brandon Road Lock and Dam. Earlier this summer researchers found DNA findings of Asian carp in waters near Lake Michigan. While no evidence points to the aquatic species breaching the lake yet, the news underscores the necessity for a more robust barrier, says the DNR. 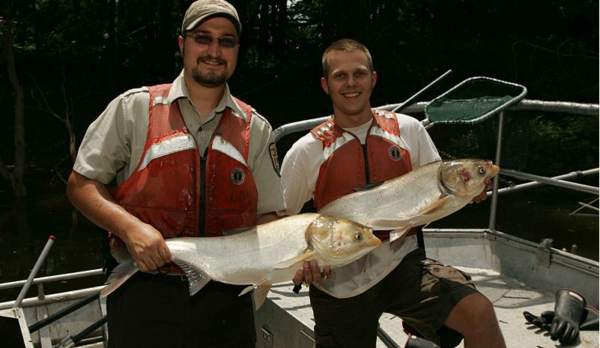 Announced in a news release Tuesday morning, the DNR Director Dan Eichinger said the state funds would go the “preconstruction, engineering and design phase of a multifaceted barrier system.” The funds are sorely needed too, following an estimate by the U.S. Army Corps of Engineers overseeing the project would cost $778 million.”Stopping invasive carp from getting into the Great Lakes is one of the most important things we can do to protect Michigan’s signature natural resource,” said Eichinger. “The recent eDNA findings present one more piece of evidence that we need to move the Brandon Road project from concept to reality as soon as possible.”
Read full article…