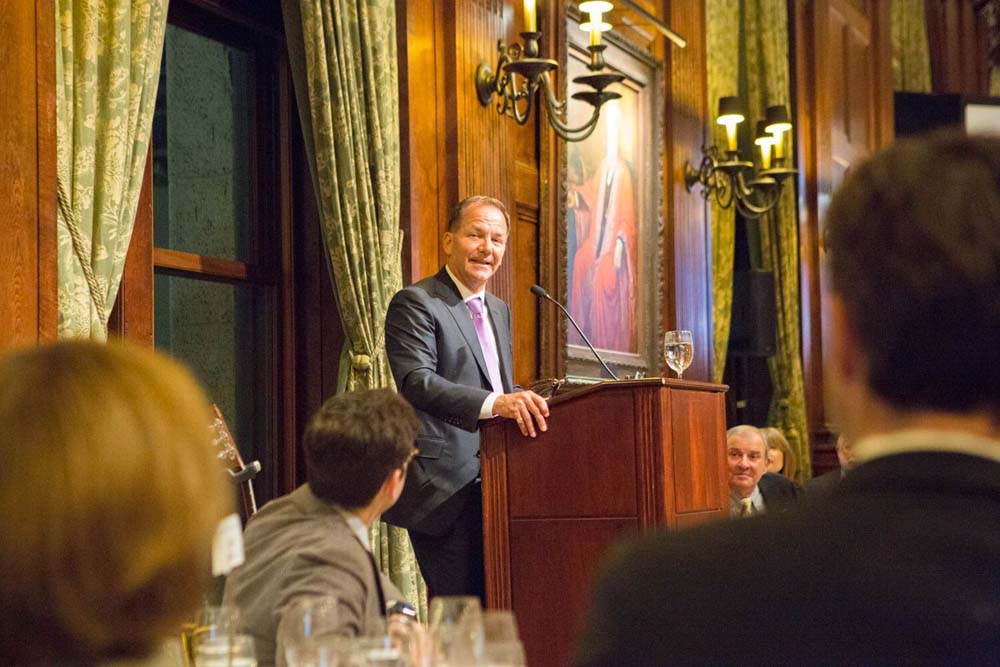 [dropcap]A[/dropcap]t the Bonefish & Tarpon Trust’s annual New York City dinner, held last night at an uptown club that would prefer to go unnamed, a simple roll cast in any direction would have put you in contact with an angling luminary. The artists, James Prosek and C.D. Clarke, mingled with many of their best patrons. A triumvirate of some of the east coast’s best fishing guides—Paul Dixon, Brendan McCarthy and Bryan Goulart—talked of the coming striped bass season. Impromptu receiving lines formed around Huey Lewis, Stu Apte, Andy Mill and Meredith McCord. New York Times food editor, Sam Sifton, huddled in a corner with the celebrity chefs, Kerry Heffernan and Tom Colicchio. CNBC’s Steve Liesman worked the room for fishing tips. But it was the young singer/songwriter, Caroline Jones, who stole the show. Jones ended a short set with a hauntingly beautiful rendition of the Joni Mitchell classic, “Big Yellow Taxi,” lingering over those famous lines—“don’t it always seem to go/that you don’t know what you’ve got ‘til it’s gone”—that get to the heart of the conservation movement.

That her father, Paul Tudor Jones, II, was the evening’s honoree made the moment even more poignant. Another Jones, Caroline, steals the show. Photo by Brenda McCarthy.

Tudor Jones has long been a supporter of the BTT, helping the small but impactful flats fish conservation group punch well above its weight. In just the last year, the 21-year-old BTT has made huge strides in its bonefish reproduction science project—which will hopefully one day help fully restore the species to the Florida Keys—and has conducted habitat studies in the Bahamas, building on its work there that has helped create six national parks in recent years. Most impressive, though, was the BTT’s prominent role in securing the passage of Florida Senate Bill 10, one of the biggest steps ever taken in the fight to restore the imperiled Everglades.

One of the BTT’s most important partners in that fight has been Tudor Jones.