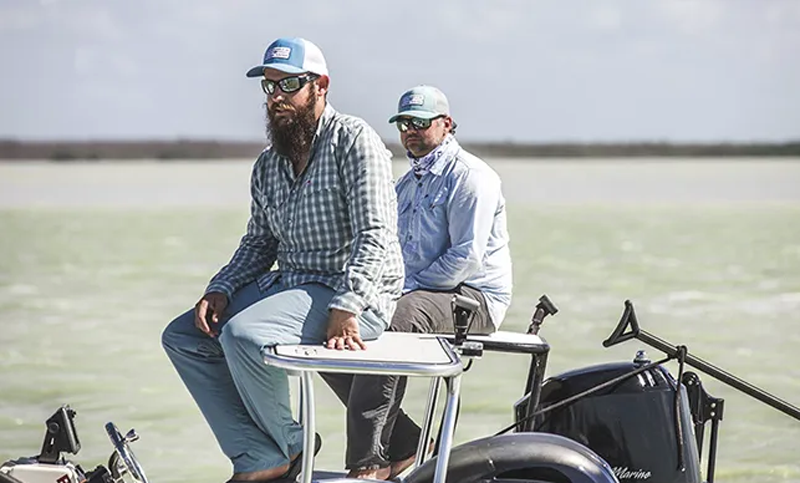 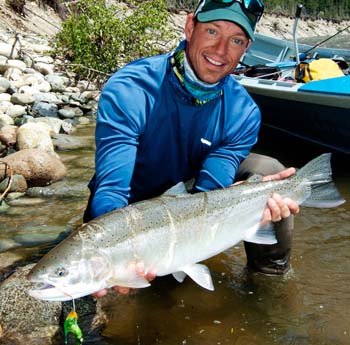 Ross Purnell was born in Calgary, Alberta, and graduated from the University of Calgary (bachelor’s degree) and later with a journalism diploma from Mount Royal College. After short stints as a fly-fishing guide, and as both a reporter and editor in the newspaper business, he was hired in 1996 by Fly Fisherman. In 2009 he became the editor of the magazine and in his 18 years on staff has fished in far off places like Patagonia, New Zealand, and Kamchatka, and all across North America from Alaska to Key West.

Fly rods are remarkably lighter, stronger, and more responsive than they were even ten years ago. Reels are more thoughtfully designed to accommodate specific fishing situations. Our breathable waders even have stretch panels for comfort. But perhaps nothing has improved our fly fishing as much as recent advancements in fly line design and technology. These innovations have allowed us to modify and adapt our fly-fishing traditions so the lines can perform in hot, tropical weather, carry extremely large flies, descend quickly, sink in a straight line for more sensitivity, stretch less for more efficient casting and hook-sets, shoot farther, float higher, and last longer.

Manufacturers have also adapted line weights to the changing rod market. As carbon fiber material and rod components become lighter and stronger, tackle makers are building rods that are less cumbersome, and often much stiffer and capable of casting greater distances than earlier rods. The problem for beginners is that these rods are harder to load when casting within their range. And the problem is the same for expert fly fishers who sneak close to a trout on a small creek, bass anglers who are casting up and around structure, and tarpon fishers who are searching under cloudy skies and don’t see the fish until it’s within 30 feet. In all these real-life situations you need a line that loads at short casting distances, so line manufacturers frequently overweight their products. According to American Fly Fishing Trade Association (AFFTA) standards, a 5-weight is supposed to weigh 140 grains in the first 30 feet. A 6-weight is supposed to be 160 grains. But in reality, the most popular lines are heavier than that. The Scientific Anglers Amplitude MPX is a half size heavy at 150 grains. A 5-weight Elite RIO Grand is 160 grains, and a Cortland Trout Boss is also 160 grains. Fly fishers used to discuss overlining or underlining their rods, and what they meant was putting a 6-weight line on a 5-weight rod. No one does that anymore, since you can buy a heavier line that still says “5-weight” on the box. It’s not uncommon for lines to be even two line weights heavy. 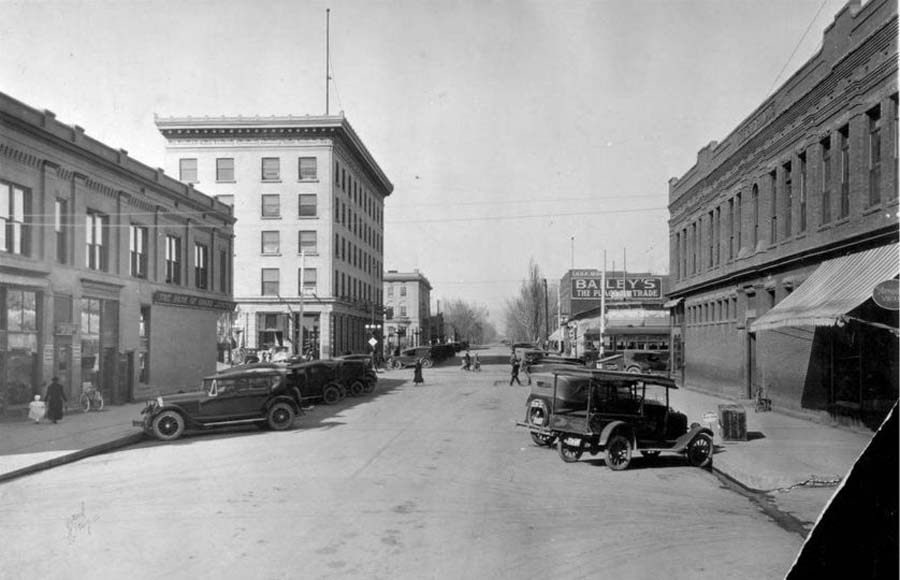 Grand Junction, Colorado, in 1924. It’s changed now; Western Anglers, Grand Junction’s only local fly shop. GJ is also the new home of the BLM. Most Washingtonians were ‘not up with that’ forced move at all. Wikipedia image.

Trump officials moved most Bureau of Land Management positions out of D.C. More than 87 percent quit instead

The decision to relocate BLM headquarters to Colorado and redistribute jobs in the West prompted 287 employees to retire or find other jobs.

The Trump administration’s decision to relocate most Bureau of Land Management headquarters staffers out West — a move designed to shift power away from the nation’s capital — prompted more than 87 percent of the affected employees either to resign or retire rather than move, according to new data obtained by The Washington Post.

The exit of longtime career staffers from the agency responsible for managing more than 10 percent of the nation’s landshows the extent to which the Trump administration reshaped the federal government. The reorganization plan reestablished the bureau’s headquarters in Grand Junction, Colo., moved 328 positions out of the main D.C. office of the Department of the Interior — BLM’s parent agency — and left 60 jobs in place.

About 95 percent of the BLM’s more than 9,000 staffers were working outside of Washington before the relocation took place. The Trump administration argued that it made sense to place more of the agency’s workforce in the West because most of the areas it manages are there.

Congressional Republicans are lobbying to maintain the new headquarters in Grand Junction. The Trump administration shifted 76 positions out of headquarters altogether, so there are now a total of 480 headquarters jobs, 100 of which remain vacant.

And the state’s two senators, Michael F. Bennet and John Hickenlooper, both Democrats, support the idea of having an expanded BLM headquarters in Colorado. The two wrote to Biden last week saying they support a “fully functioning” Colorado headquarters with hundreds of employees instead of the current setup.

“The BLM assigned only 41 senior staff positions to relocate to Grand Junction, positions that they had to rush to fill at the end of 2020,” the senators wrote. “While this is a reasonable start and is appreciated by the Western Slope, the job is far from finished.” 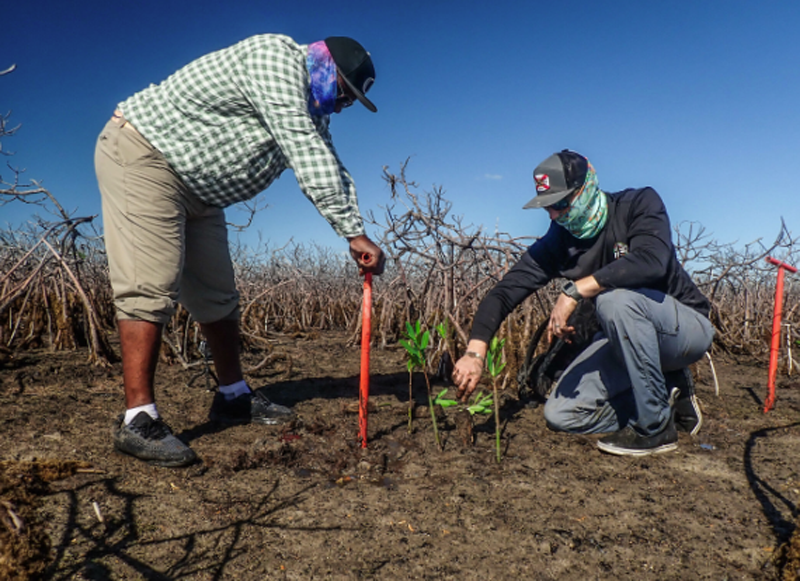 More than 6,000 mangroves were planted in the project’s first phase. PC: Justin Lewis

A new project to restore Bahamian mangrove forests destroyed by Hurricane Dorian in 2019 has been launched by Bonefish & Tarpon Trust (BTT) and its partners Bahamas National Trust (BNT), Friends of the Environment and MANG, an environmental apparel brand that plants a mangrove for every product sold. Together, they seek to transplant up to 100,000 mangroves in the hardest hit areas with the help of Bahamian fishing guides, students and other volunteers.

“Mangroves are an essential part of the ecosystem that supports bonefish and other flats species,” said BTT President and CEO Jim McDuffie. “They provide habitat for fish and other wildlife, prevent coastal erosion, and help buffer the communities where our friends and partners live against storms. BTT is pleased to be a part of this important work.”

This large-scale, five-year project, the first of its kind in the country, will target Abaco, Grand Bahama and surrounding cays. Scientific surveys completed last spring found that Hurricane Dorian damaged or destroyed nearly 74 percent of Grand Bahama’s mangroves and 40 percent of Abaco’s across an area of 35 square miles.

In partnership with BNT, BTT has drafted a comprehensive plan to help restore this critical flats habitat and put local fishing guides to work. Without such a plan, in the best-case scenario recovery would take over a decade, and in the most severely impacted locations, sites where seed banks were blown out, recovery may not occur at all. The first phase of the project commenced in December with the planting of 6,048 mangroves on Grand Bahama and Abaco.

Mangroves serve as a buffer against storms, prevent coastal erosion, and provide important habitat for myriad fish species, including bonefish, a species vital to the Bahamas’ flats fishery, which generates $169 million annually for The Bahamas economy. The mangrove restoration effort began with a combination of mangrove propagules collected in The Bahamans and Florida, and seedlings grown in nurseries in both locations. MANG and BTT launched a statewide propagule collection campaign in Florida in October 2020, collecting an estimated 20,000 propagules. Moving forward, priority will be given to propagules and seedlings from The Bahamas, with Florida collections filling in the gaps in supply.

“An ocean without mangroves is like a world without air,” said Kyle Rossin, co-founder and CEO of MANG. Mangroves are the number one carbon sequestration tree in the world, and provide habitat for up to 70 percent of marine life. As an apparel brand dedicated to planting mangroves for every product we sell, we are donating over 100,000 mangroves propagules, seeds, and mature plants over the next five years to help restore these critical island lands. Our goal is to not only protect the island and it’s ecosystem through community-led planting events, but also to preserve the guide fishing economy and teach other organizations how to grow and maintain a mangrove nursery for long-term sustainability.”

To support the mangrove project, MANG and BTT are launching a new apparel collection February 2, 2021. The purchase of every shirt will fund the planting of a mangrove in the northern Bahamas, and a portion of the proceeds will benefit BTT.

You can help support the project by planting mangroves! Click here to find out how. 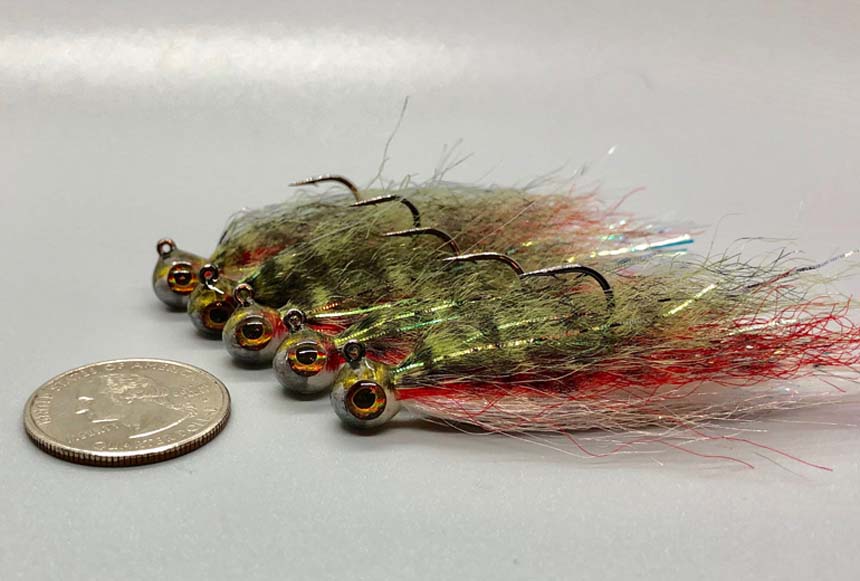 You’ve heard about a fish out of water? How about a fly fisher out of his element? Ryan Williams used only a fly rod to compete in the Wild West Bass Trail (WWBT) Lake Shasta Team Tournament on January 2, 2021, alongside his partner Logan McDaniel who used conventional casting tackle. Their team won the tournament with a total prize of $8,390 including money for the biggest fish.

It’s the first time a fly rod has been used to win a major bass tournament—the pair competed against 178 other boats.

“What a complete honor. I am still in shock this really happened,” Williams wrote on his Instagram account @_ryancwilliams. “This victory is one for all fly anglers! Fish those flies with confidence people!”

Lefty Kreh with a nice Lake Lanier striper. Lefty said: “I have fished with Henry Cowen on Lake Lanier and never been disappointed with the catch, the boat or the captain. I highly recommend him and can’t wait to get back again!” Henry Cowen photo.

By Henry Cowen/ Foreword by  Dave Whitlock  / January 29, 2021
Cowen moved to Georgia with a full basket of knowledge about stripers he loved  fly fishing for in New York and within the city lights of the Big Apple. Lefty Kreh, a friend of Henry’s, more than once told advised him to write about freshwater stripers with a bigger picture than Henry’s new book covers, but make no mistake, Fly Fishing for Freshwater Striped Bass: A Complete Guide, translates in any coordinate in the US the Morone saxatilis show up as hybrids or the real deal.

[Midcurrent News] read the book and had this to say:

What really makes this book work, however, is that Cowen is truly the right man to tackle this project. After moving to Georgia in 1997 – and away from the striper fisheries in the New Jersey-NewYork-Connecticut area – Cowen wasn’t able to chase the fish he’d become a self-proclaimed fanatic for.  After tons of trial and error, Cowen established himself as an authority on fishing for “sodium-free stripers.” By 2017, the late Lefty Kreh told Cowen that “the (fly fishing) industry needs a book to be written on this subject and [you need] to be the one to write it.” — Spencer Durant