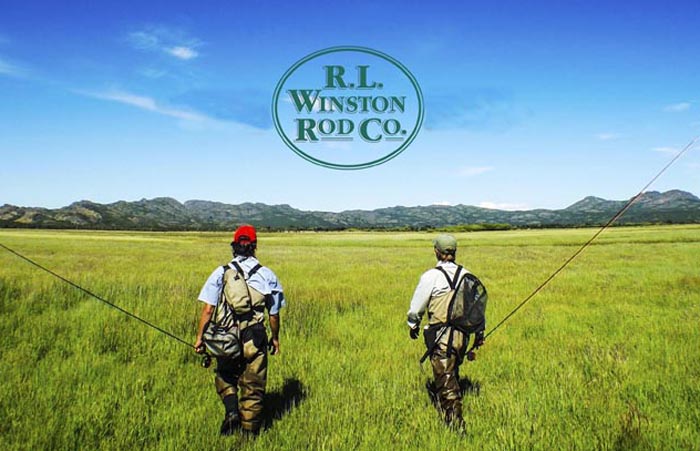 [dropcap]2[/dropcap]019 marks R.L. Winston Rod Company’s 90th Anniversary of building the world’s finest fly rods.  To commemorate this event, Winston is very proud to re-introduce a series of special edition Legacy Rods, which includes four of our most revered models.  Each Legacy Rod demonstrates our tradition of innovation and the famous “Winston Feel,” which have brought anglers back for their next Winston time after time.

NOTE: Orders for the 90th Anniversary Legacy Rods can be placed through your Authorized Winston Dealer and will only be accepted through July 1, 2019.” — Winston Rods

The Staff of Moses

The most distinguished rod in the Boron IIt series was the famous 8’6” 4 weight. The rod was so highly regarded, that it was dubbed “The Staff of Moses”.  To its fans, The Staff of Moses, displayed an uncanny ability to present the smallest of flies, on the lightest of tippet, and land surprisingly large trout.

The Boron IIt series set the stage for utilizing modern materials in classic, moderate, and progressive rod actions. The Staff of Moses is the epitome of this series and the definition of Winston innovation.

The Graphite Rod with a Fiberglass Soul

The DL4 series was the first and only 4-piece Winston rod series with internal spigot ferrules. More progressive than the highly touted 3-piece IM6 models, the series gained a distinct reputation as the graphite rod with a fiberglass soul.

The 7’6” 3 weight was one of the most popular small water rods Winston ever developed, able to load a standard 3-weight double taper lines in as little as 10 feet. From size 30 flies to the lightest of tippet, these small stream rods have been fished in thin blue lines barely discernible on topo maps the world over.

Although the series ran for just 2 years, the DL4’s unique feel soon gained a cult following shortly after its discontinuation. Today, DL4 rods are highly sought after to round out a collector’s quiver of Winston rods.

Since 1975, when Winston first began working with graphite material, the 5-weight rod has been a key rod for the company, as it is smooth enough for delicate dry fly presentations, yet powerful enough for wind, nymphing, and small streamers. The most popular of all the Winston WT 5-weight models was the 8’6” 5 weight.

This configuration was so balanced and smooth, that Joan Wulff chose this rod as her favorite. It’s delicate enough for the lightest of tippet, yet crisp and accurate to maintain line control at distances up to 60 feet. It’s light, lively, and fun to fish.

If someone had to own one trout rod, the WT 8’6” 5 weight would be tough to top. After all, who would disagree with Joan Wulff?

The Classic for All Time

We wish we had a nickel for every time a long-time customer said, “I love your new rods, I own a few of them – but I’ll never get rid of my two-piece IM6”. It is the classic graphite rod that introduced the famous “Winston Feel.”

The IM6 9’ 5wt. 2-piece exemplified Winston’s definitive, balanced action and demonstrated the company’s revolutionary ability to build a lighter weight rod with a faster recovery taper. This rod can do everything a trout rod needs to do – from casting smaller dry flies, to pounding the banks with streamers out of a drift boat, to nymphing with easy mends.

Get all the details for each fly rod here . . .