Serendipity and a bold play

“One afternoon I got a phone call from a friend who said ‘Hey, Leonard is going out of business and all of its equipment is going to be auctioned off tomorrow. You need to get down here.’ So I hopped in my car, drove to New York that night, and slept in the auction parking lot. Of course, when I woke up that morning every rodmaker on the East Coast was there. I thought to myself ‘no way’, especially since I was young and didn’t have any money at the time. Yet for some reason—and I still can’t explain it to this day—there was a kind of lull during the middle of the auction when the biggest lot came up, the one with all of Leonard’s major equipment, and no one really realized it. So I shot my arm up and the next thing I knew I had become the proud owner of all of the cutting equipment from the entire Leonard rod shop.  — Marc Aroner”

Many of the Aroner rods are sold out – contact Spinoza for up-to-date information.

Where else can you buy a new, high quality bamboo rod loosely modeled after 3-piece tapers of Leonard Maxwell rod that is both powerful and graceful, with tips typically measuring around .055-.060” depending on line-weight, a used Bogdan Reel, E C Powell fly rods, a Charlton Mako Reel Model 9600, set up for Left-hand retrieve. 5″ diameter and weighs 15 1/4 ounces, old fly fishing cataloges, framed and signed salmon flies, and these services:

History: the genesis of the Spinoza Rod Company

The Spinoza Rod Company dates back to 1973, when, on the advice of friends, Marc Aroner walked into the Thomas & Thomas Rod Company in Greenfield, Massachusetts hoping to find someone who could repair his recently broken fiberglass fly rod. There he met bamboo rodmakers Tom Maxwell and Tom Dorsey and found himself mesmerized by their craft. He returned often in the months that followed, culminating with the signing of an apprentice contract early that fall. He has been making bamboo fly rods professionally ever since.

Besides the rods, this and much, much more.

When Aroner’s five-year apprentice contract ended, he accepted an invitation from Maxwell to join the storied Leonard Rod Company in Central Valley, NY, a company whose roots went back all the way to the earliest creation of the bamboo fly rod. During its heyday Leonard had probably put more high-quality fly rods in the hands of anglers than any other, and its name was known the world over. 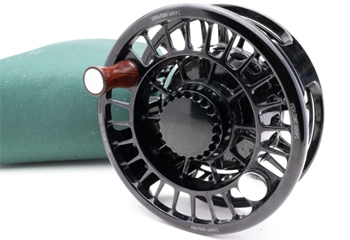 Yet the emergence of graphite in the early 1970’s had brought major challenges to all of the venerable old rod shops, Leonard among them. With increased pressure to compete on cost, the labor and time-intensive process of crafting a fly rod from bamboo became an increasingly challenging proposition. And with the economic pressure beginning to cut into the quality of the work, in 1982 Aroner decided that he would set out and build rods under his own name.

“It was a tough time because it was sort of the end of the big rod-building companies. There was too much pressure to mass-produce, and too much pressure to try and turn rod building into a real profit engine. It just didn’t feel right to try and build bamboo rods the same way that you would run a spraycan factory—the shortcuts really cut into the quality of the rods. So I decided to leave and see if I could continue to uphold part of the tradition on my own.”  —Marc Aroner

After bringing the Leonard equipment back to Massachusetts, Aroner quickly cemented his reputation as one of the premier rod-builders in the country. Fishermen, and especially dry-fly fishermen, admired the precision tapers and the smooth, quick action. Collectors admired Marc’s aesthetic standards and the fact that his acquisition of the Leonard beveler made him one of the few remaining rod-builders with a direct link to the discipline, heritage, and craftsmanship of the old masters.

Yet after two successful decades of building rods under his own name—decades which also witnessed a renaissance in bamboo rod building and a proliferation of new makers—another idea was slowly developing. While Marc wholeheartedly embraced this renewed interest in custom bamboo, he also began to consider a venture that would pay better homage to the lineage and tradition of the craft. With this in mind Marc produced his first prototype “Spinoza” – a model designed in the fashion of early bamboo makers. The response was fantastic, so not only did Marc agree to continue making them, but he also decided to introduce them as his flagship model. And so the Spinoza Rod Company was born, the product of four decades of classic rod-building experience with a renewed emphasis on the craftsmanship from bamboo’s early golden era.

Marc’s career in rod-building began in 1973 not long after graduating from college when he apprenticed to the Thomas and Thomas Rod Company in Greenfield Massachusetts. Five years later he would join Tom Maxwell in moving to the Leonard Rod Company in Highland Mills, NY. In 1983 he bought the Leonard Rod Company machinery at auction and has been making rods under his own name ever since. When not in the shop he’s usually fishing, especially for atlantic salmon (often with Izzy, the shop dog in tow). His favorite river is the Margaree, where he first began salmon fishing over three decades ago, and his favorite fly — well good luck getting him to tell you that. WEB GURU, PHOTOGRAPHY, CONSIGNMENTS: Jonas Clark grew up working in the rod shop and fishing throughout the northeast (he’s Marc’s stepson, hence the different last name). After going off to college and graduate school, he returned to help out in the shop with a variety of tasks, including building out the consignment business. He’s a passionate salmon angler and is particularly fond of spey fishing, with a prototype Spinoza Spey currently in the works. His favorite river is the Petite Cascapedia and he’s the only member of Team Spinoza who is tech savvy.