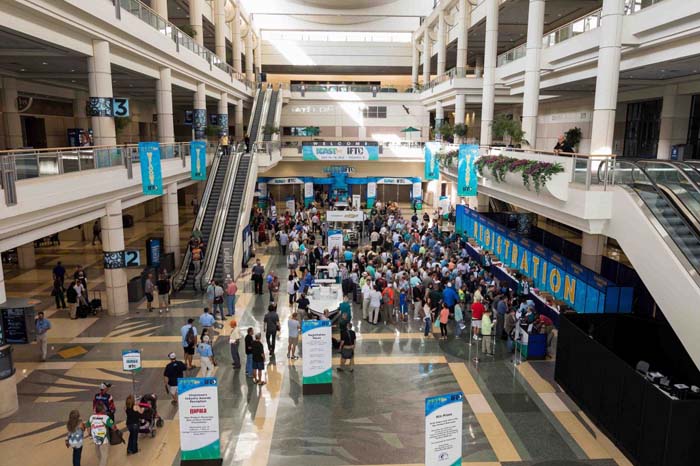 Lake Okeechobee discharges from the sky. Image by SanCap Aerials for #captainsforcleanwater #noworneverglades

Welcome to the latest installment of the Wednesday Wake-Up Call, a weekly roundup of the most pressing conservation issues important to anglers. . . .

. . . Last Friday, the U.S. Army Corps of Engineers started sending the polluted fresh water down the St. Lucie and Caloosahatchee again, and the effects are shocking. Off the tip of Sanibel Island, the “blackwater” discharge met the clear, blue ocean water, and the contrast between the two is stark. How Long Do Prepackaged Leaders Last?

Question: Saw your column on prepackaged leaders. Here’s a parallel question: How long will those unopened, prepackaged leaders last in my vest or gear bag? When do I toss them, or should I wait until I start losing fish? Some even have expiration dates on them. Should I toss all that are past their due date? At the Orvis repair shop, workers must be equipped to fix—or replace parts for—all rods that the company has produced in the last 20 years. Companies know that they are judged by their warranty work, so they go out of their way to make the customer satisfied. Photo by Philip Monahan (article appeared in American Angler – titled Busted)

Rod repairs are no fun for anyone. But the process can be made easier with modern technology, and Orvis has just introduced a new rod repair procedure that makes it seamless and quick for customers to return their rods for repair and track their progress. The North Fork of the South Branch of the Potomac River. Photo by Tim Kiser. A commons image. For fly fishing needs, contact District Angling @ 703-268-7500.

Our “NATION’S RIVER” is Making a Remarkable Comeback

Once declared a “national disgrace” by President Lyndon Johnson, the Potomac River is making dramatic turnaround. Statement by the Head of the U.S. Delegation regarding the new regulatory measure for the West Greenland salmon fishery

All fishers for Atlantic salmon, including both private and commercial fishers, will now be required to obtain a license. Underwater grasses grow in the shallow waters of the Bay and its streams. They provide food and habitat to wildlife, add oxygen to the water and trap sediment and nutrient pollution.