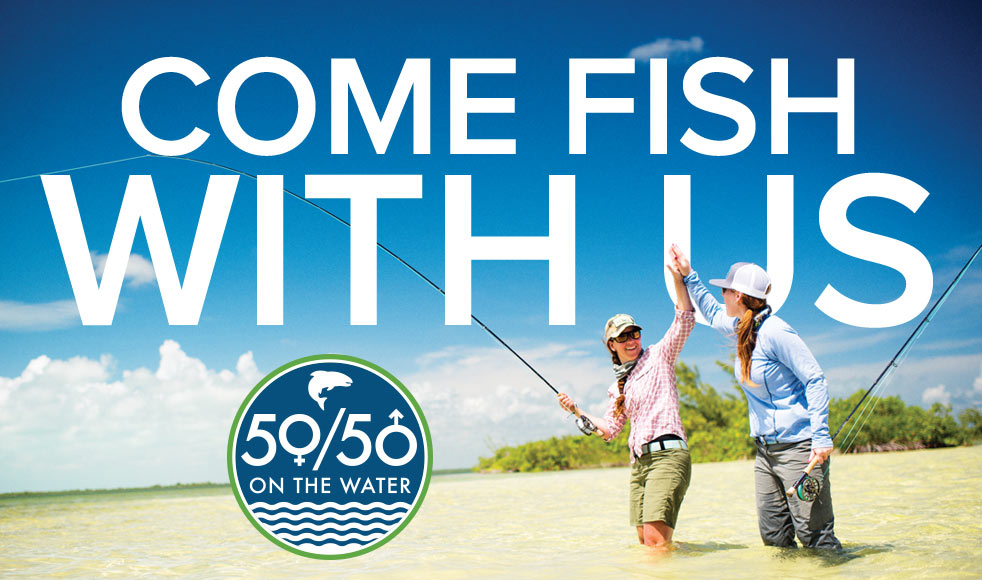 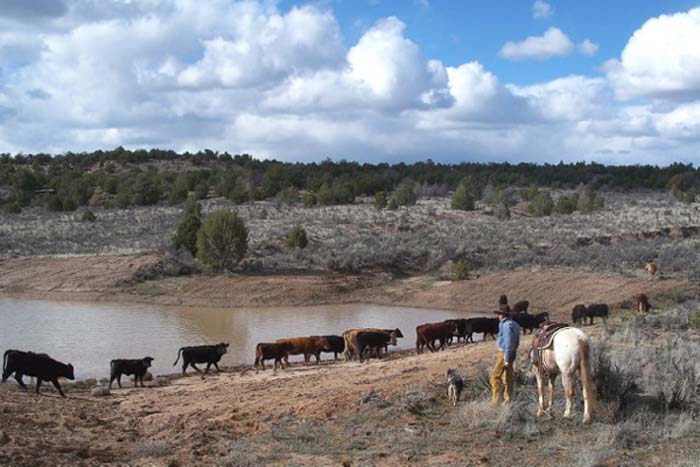 My wife, Jane, and I own the Devil’s Spring Ranch in New Mexico’s San Juan Basin — one of the most active areas for natural gas production in the country. While our ranch can at times be quiet, we are never out of sight of a gas well, and not a day goes by when one of the 122 gas wells that surround our ranch isn’t leaking or venting. Not that long ago, there were three churches and four schools within a 10-mile radius of our place. Today, all of them are gone. In May of 2017, things looked hopeful for us here at the ranch when a bipartisan group of senators voted to uphold the Bureau of Land Management’s methane and waste prevention rule from the previous year. But now, Interior Secretary Ryan Zinke has decided that the rule should be thrown out, allowing oil and gas wells to continue leaking, venting and flaring methane, a potent greenhouse gas.

Christine Atkins (left) and Jackie Kutzer are the faces of the new Orvis-led initiative, and they’re responsible for much of the heavy lifting, as well.
Photo via orvis.com

In this month’s installment, we pose our 11 questions to the two women from Orvis who are leading the charge. Behind every corporate initiative are hard-working employees who make it happen. Jackie Kutzer and Christine Atkins are the faces of 50/50 on the Water, and are doing a lot of the heavy lifting for the project. These amazing women are shaping the program and are responsible for moving it into the next phase. They are too humble to take credit for the success that the program has enjoyed so far, but rest assured that they are helping to drive the industry into recognizing that the time is now to make sure that women have a very important place at the table. 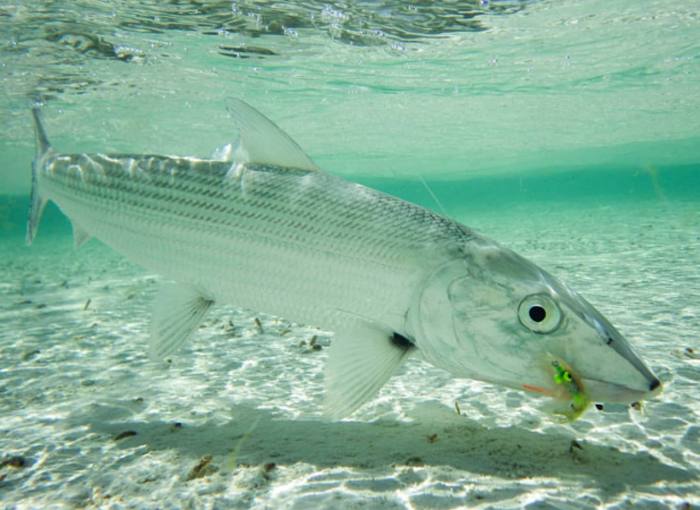 We received the news of the recently announced OBAN energies development in East Grand Bahama with great interest due to its potential impacts to the flats, coral reefs, and deep ocean—our most valuable natural resources—not only in that area, but along the entire southern side and eastern end of Grand Bahama. The OBAN plans to construct a large oil refinery and storage facility will require significant dredging, which will pose risks to our local marine environment and threaten fresh water aquifers. The 250,000 barrels of heavy crude oil slated for daily production also deserves closer scrutiny. Heavy crude oil is similar to bitumen, which comes from the oil sands of Canada, and has caused significant environmental issues there. Heavy crude emits three times as much CO₂ as regular crude oil and even coal and contains large quantities of heavy metal contaminants and sulfur. 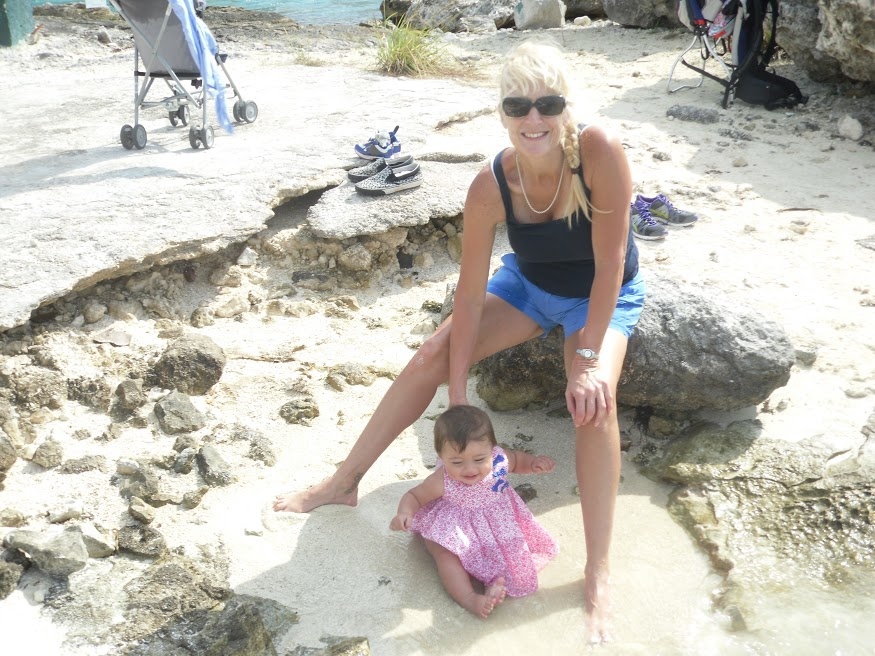 Beth Sharack is a Chemist for the Habitat Ecology Branch located at our Sandy Hook Laboratory in New Jersey. She does field research, analytical chemistry and community outreach.

NOAA:  Can you tell us about your science journey, your career in science?

Beth: Today, girls are directed into STEM classes where they’re empowered to excel in math and science. I was born in the 1960s, a time before the Women’s Movement was fully formed and girls were often steered towards classes like home economics or typing. So, what made me interested in the field of Marine Biology? I can’t say that I had some sort of science epiphany in school; it was simply my love of the ocean. Growing up, I spent as much time as I could at the Jersey Shore. My obsession, and my mother’s fear, was when I would hold my breath as long as I could while swimming beneath the waves. I was trying to see and explore as much as possible. Like many other kids in the 60s and 70s, I watched The Undersea World of Jacques Cousteau, a documentary television series about marine biology and exploration. Through this, I became aware of environmental concerns and the vast complexity of ocean ecosystems.

In a recent letter, Cyr Couturier, an aquaculture scientist speaking on behalf of the Marine Institute of Memorial University, put forward a solution to reverse the decline of wild Atlantic salmon stocks — one in which the aquaculture industry is expected to play no role.

Couturier placed all blame for declining stocks on climate change and recreational fishing. He suggested that the only solution is to stop anglers from killing any more salmon, while ignoring the irrefutable, scientifically documented impacts from his industry. 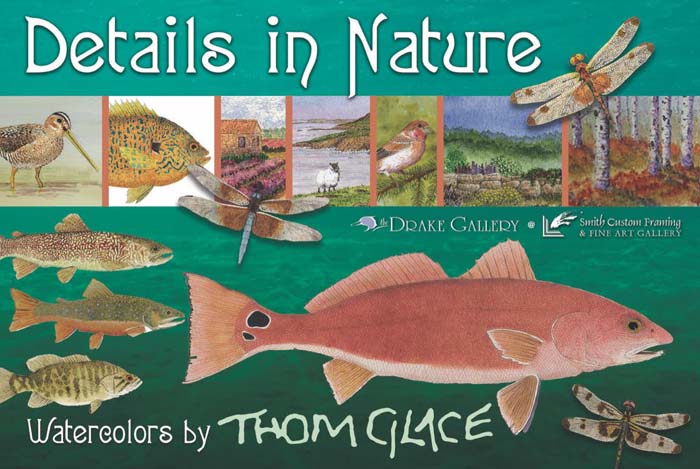 Thom Glace will be at the Smith Fine Art Gallery the evening April 6th – 190 Reno Avenue, New Cumberland, PA 17070.  Since 1986 the gallery has been showing Central Pennsylvania’s finest artists.

Pyrenees Zebra trout by Thom Glace. The Pyrenees mountain range separates the Iberian Peninsula from the rest of Europe, stretching more than 305 miles between Spain and France and rising higher than 11,168-feet in elevation. Click on image to visit the Pyrenees and get introduced to your fly fishing guide. 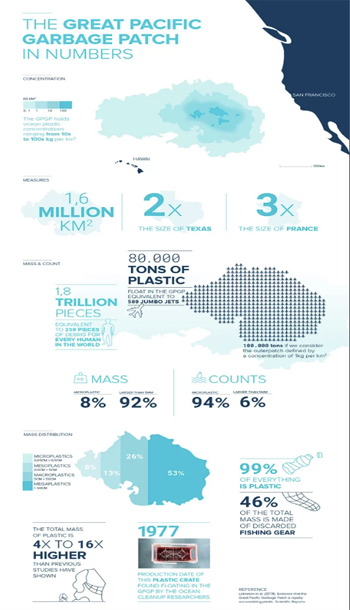 Trash in the Great Pacific Garbage Patch Has Quadrupled, Maybe Even 16-upled

The Great Pacific Garbage Patch is getting denser – a whopping 1.8 trillion pieces of plastic are afloat in. Enouh for 250 piecs for every living human. The enormous plastic soup floating in the vast North Pacific spans more than 617,000 square miles (1.6 million square kilometers), and its density is now between four and 16 times greater than previous estimates, scientists have found.

Researchers made the discovery by looking at the accumulation of plastic trash in the Pacific between California and Hawaii. They found that the patch has more than 87,000 tons (79,000 metric tons) of plastic in it. That equates to 1.8 trillion pieces of plastic, or roughly 250 pieces for every person on the planet, the researchers said.