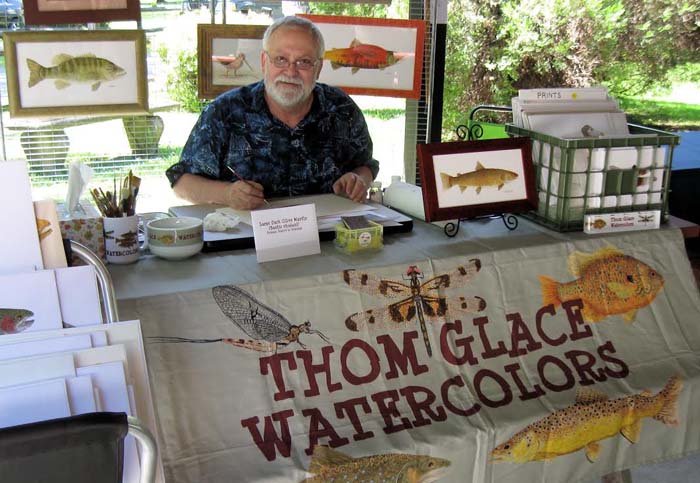 For 30 pieces of gold – one toxic spill at the proposed Northern Dynasty Minerals mine could eliminate the world’s most productive sockeye salmon population, along with thousands of jobs, and an unerasable blemish on humankind. These stocks have contributed an estimated 51 percent of all global sockeye production since 1970. Photo: U.S. Fish & Wildlife Service.

A large mining company has left an agreement that would have made it a major funding partner for the embattled Pebble copper and gold prospect, raising questions about the project’s future.

The deal could have pumped more than $1 billion into the Southwest Alaska project, the subject of strong nationwide opposition from critics who say it would devastate the Bristol Bay salmon fishery.

Northern Dynasty said in a short statement Friday that the proposed framework agreement between the two companies “has been terminated.”

Kings of the Wild Frontier

Every year, king salmon swim 2,000 miles up Alaska’s Yukon River to spawn. Their journey is vital to the native people and animals – but now the numbers are dwindling. One man followed their run to find out why. When my boots dry out I know it’s been too long since I’ve fished. Thankfully, they’re usually wet, so I like to have a good place to store them. Here’s an effective way to transport wet wading boots without draining creek water where you don’t want it. April Vokey Shares Her Thoughts, Knowledge, and some real fun!

When April Vokey agreed to do a Q&A with us, she may not have expected some of these questions, but her answers are even more unexpected. In a Warming West, the Rio Grande Is Drying Up

Even in a good year, much of the Rio Grande is diverted for irrigation. But it’s only May, and the river is already turning to sand.

LEMITAR, N.M. — Mario Rosales, who farms 365 acres along the Rio Grande, knows the river is in bad shape this year. It has already dried to a dusty ribbon of sand in some parts, and most of the water that does flow is diverted to irrigate crops, including Mr. Rosales’s fields of wheat, oats, alfalfa and New Mexico’s beloved chiles. The River That Doesn’t Always Run Through It. Biologist with the US Fish and Wildlife Service and the Army Corps of Engineers seine a pool in the Rio Grande River, then sort through the fish for endangered silvery minnows.
LAURA PASKUS/KUNM

Can We Repurpose Decommissioned Oil Rigs For Environmental Gain?

A conversation with Emily Callahan and Amber Jackson of the firm Blue Latitudes, which consults on projects where retired rigs are transformed into reefs and hotels.

Offshore oil rigs are supported on steel and concrete structures that extend thousands of feet to the ocean floor. Even as rigs pump fossil fuels, they’re also colonized by mussels, barnacles, rockfish, and other species, becoming artificial reefs. The Gulf of Mexico is peppered with thousands of oil platforms, and their frequency surprises those of us who have never been to this vast body of water that is so heavily utilized by the oil and gas industry. Photo NOAA – Gulf of Mexico. Our 2017 Artist of the Year, Thom Glace, will be at the Trout Heritage Day Festival at the Pennsylvania Fly Fishing Museum on Saturday, June 16, 2018, in Carlisle PA. Glace will be painting a watercolor of a brook trout caught and released on the famous LeTort River in Boiling Springs. The original will to be donated to the Museum for fundraising.