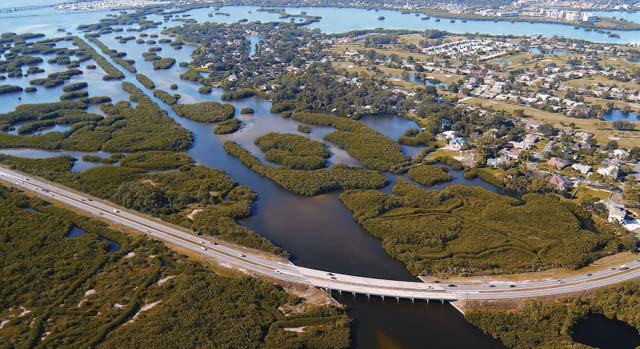 WASHINGTON, DC – According to the Journal of Coastal Research , by the second half of this century, more than half of the world’s population will live within 100 kilometers of a coastline. Maybe that’s not a startling fact for some, but when you stop to consider this in light of sea level rise, the predicted increased storm intensity and frequency, and other coastal hazards associated with heavy development, that’s putting nearly 4 billion people at risk. In the U.S. alone, approximately 163 million people could be impacted! WASHINGTON, DC – Rob Snowhite spends much of his winters waist-deep in the Potomac, and some people pay him to tag along. For about the past eight years, the former Fairfax County Public Schools biology teacher has been coaching people on the fine art of urban fly-fishing. He’s managed to carve out a niche market among the area’s overworked and overscheduled residents who for whatever reason don’t make it to quintessential fly-fishing regions such as Western Maryland, Pennsylvania and the Chesapeake.“A lot of people fly-fish for the escape or distraction from everyday routines,” Snowhite explains, adding that he often has clients squeeze in a weekday morning or lunchtime lesson.It’s unpredictable what they’ll find. Washington is located along the migratory path for many fish species, and “what’s here one month might not be here the next,” Snowhite says.

American Angler’s gear of the year 2018. A rundown of the latest and greatest fly fishing products from the industry’s leading manufacturers

AUGUSTA, Georgia – We are fly anglers, and we love our gear. Without quality rods, precisely tapered fly lines, and high performance reels, we wouldn’t be able to throw those tight, magical loops on the water. (Or at least believe we can throw those tight, magical loops on the water.) Thankfully, there’s a string of top notch fly fishing manufacturers helping us keep those dreams alive, and each year, they gather, along with other fly fishing pros, personalities, and media, to unveil their latest and greatest innovations. It’s the sport’s first look at what will become the new standards within the sport. To help get you geared up (pun intended) for what’s to come in 2018, here’s a quick overview of the rods, reels, lines, apparel, and other accouterment you can expect to see in your favorite fly shop. VICTORIA, Canada – In northern Norway, at the western side of the Ryggefjord fjord, lies a fish farm with two large open-net pens floating some 200 meters above the seafloor. Run by salmon farming juggernaut Cermaq, the operation has been churning out Atlantic salmon since 1999. But times may be changing for what has been a profitable business.

In September 2015, the farm experienced its fourth mass die-off of salmon since 2002. And according to a paper released in late 2017, the killers appear to be jellyfish.

The beginner’s guide to fly line

THE WADE, Blog – If you’ve recently made the transition from spin fishing or bait casting to fly fishing, you’re probably experiencing some serious sticker shock. You used to be able to walk into Wal-Mart, pick up a spool of 1,000 yards of 10-pound test for six bucks, and be good to fish for the next year.

Now 30 yards of fly line is $80 or more? And that’s just for a “normal” line; sinking lines, shooting heads, and running lines are for styles of fishing you’re either vaguely aware of, or have no clue about. Either way, listening to a fly shop employee talk about lines feels like drinking out of a firehose. It’s too much information at once.

Instead, I’ll have you drinking from a garden hose. We’ll tackle some of the basics about fly line, so that when you invariably branch out to other styles of fly fishing, you’ll have the knowledge you need to make informed purchasing decisions.

Why the cost difference?

A new way to interact with water