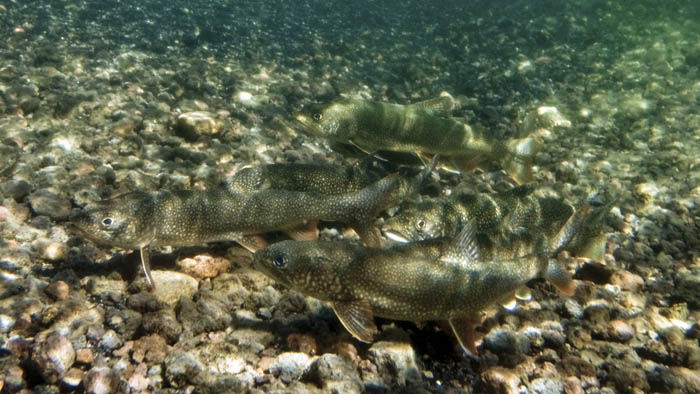 A Chain of Species Destruction at Yellowstone

[dropcap]R[/dropcap]ecreational fishing is a pastime in which people have come to expect the fish they want in the places they happen to want them. That is, they want their fish stocked and ready to catch, even in places those fish never originally lived. This practice can seem harmless, or even beneficial. But the introduction of one “beneficial” species in Yellowstone National Park suggests how rejiggering the natural world for human convenience can cause ecological disaster for almost everything else.

Because far fewer cutthroat trout were making their springtime spawning run up streams around the lake, grizzly and black bears that once lined the banks to feed on them had to go elsewhere in search of food. The density of river otters also fell to the lowest levels known for that species. To casual park visitors the lake no doubt still looked wild and beautiful (that clear water!). But it was like visiting a celebrated European city when all the locals have vanished and everybody you bump into is a tourist.

All it took at Yellowstone Lake, the 136-square-mile centerpiece of the park, was the introduction of lake trout, a fish originally found mainly in the Northeast and Canada and beloved by anglers everywhere. The federal government had transplanted them to smaller lakes within the park in the 1890s, a time when planting fish in remote fishless lakes seemed like a smart way to spread around America’s amazing abundance. But a century later, in 1994, the introduced species turned up in Yellowstone Lake, which was already celebrated for its own native Yellowstone cutthroat trout. Park managers theorized that an angler illegally introduced the fish, either by accident or in the misguided belief that it would improve a big lake with plenty of potential for further sportfishing. One result is that anglers now catch 20,000 lake trout a year there.

But the lake trout went on to gorge on the young of the cutthroat trout, and the population of the native subspecies plummeted. Because there were fewer cutthroat trout around to eat them, large water fleas soon proliferated. The water fleas in turn gobbled up the microscopic plants at the bottom of the food web, causing the lake water to become clearer and probably also warmer near the surface, according to a new study published in the journal Science Advances. When the cutthroat trout largely vanished from the shallow waters they prefer, the lake trout didn’t take their place, because they like deeper waters. So the switch deprived ospreys, white pelicans, bald eagles and other fish-eating birds of their main food source. The osprey population around the lake soon dropped from 38 nesting pairs, with almost 60 percent of them successfully fledging young birds, to just three nests with zero success. Eagles likewise declined almost to a level last seen during the height of DDT use in the 1960s, again with zero reproductive success.

NOTE: Some links will require a digital purchase.