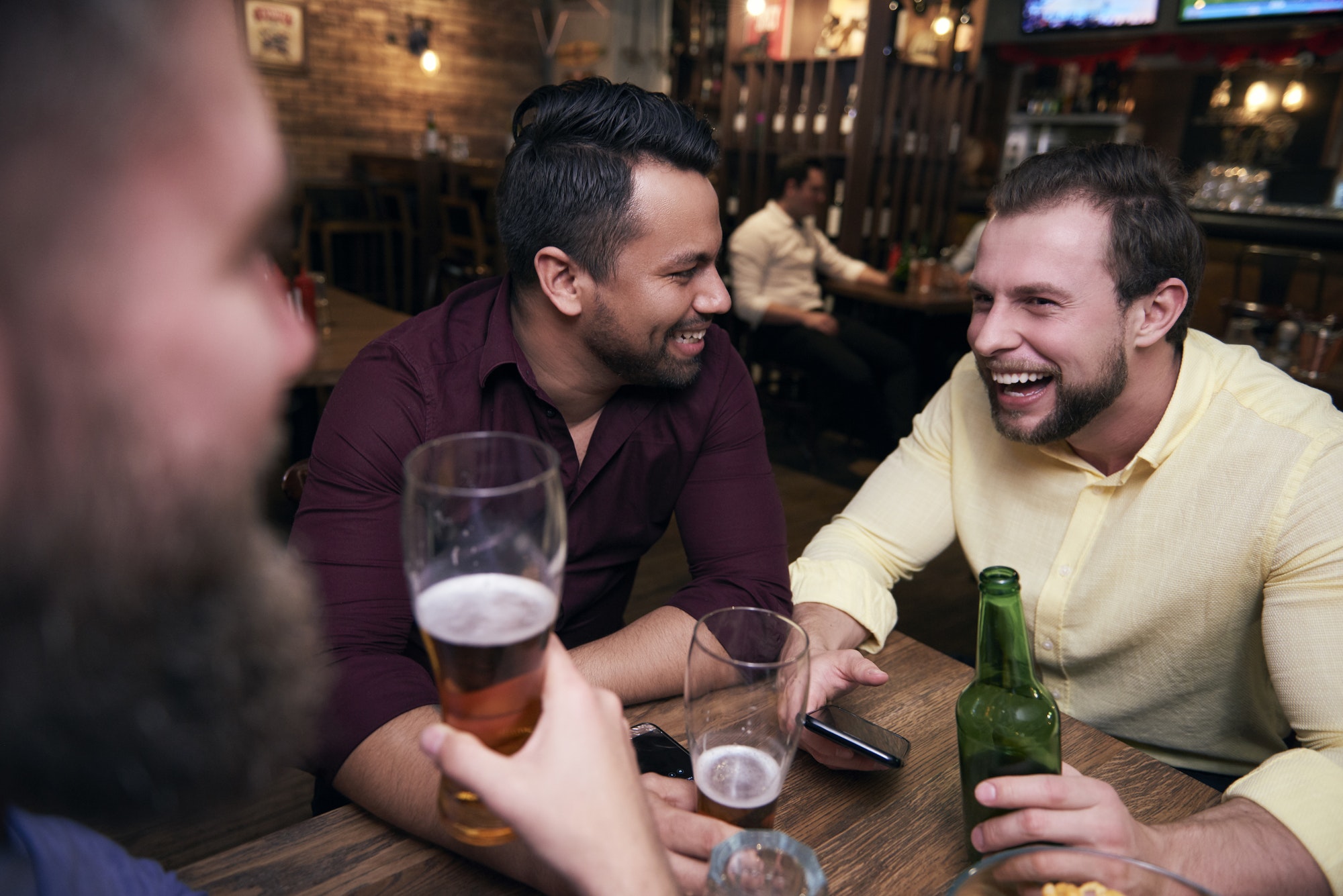 Is the worst trout fly fisher better than any other kind? 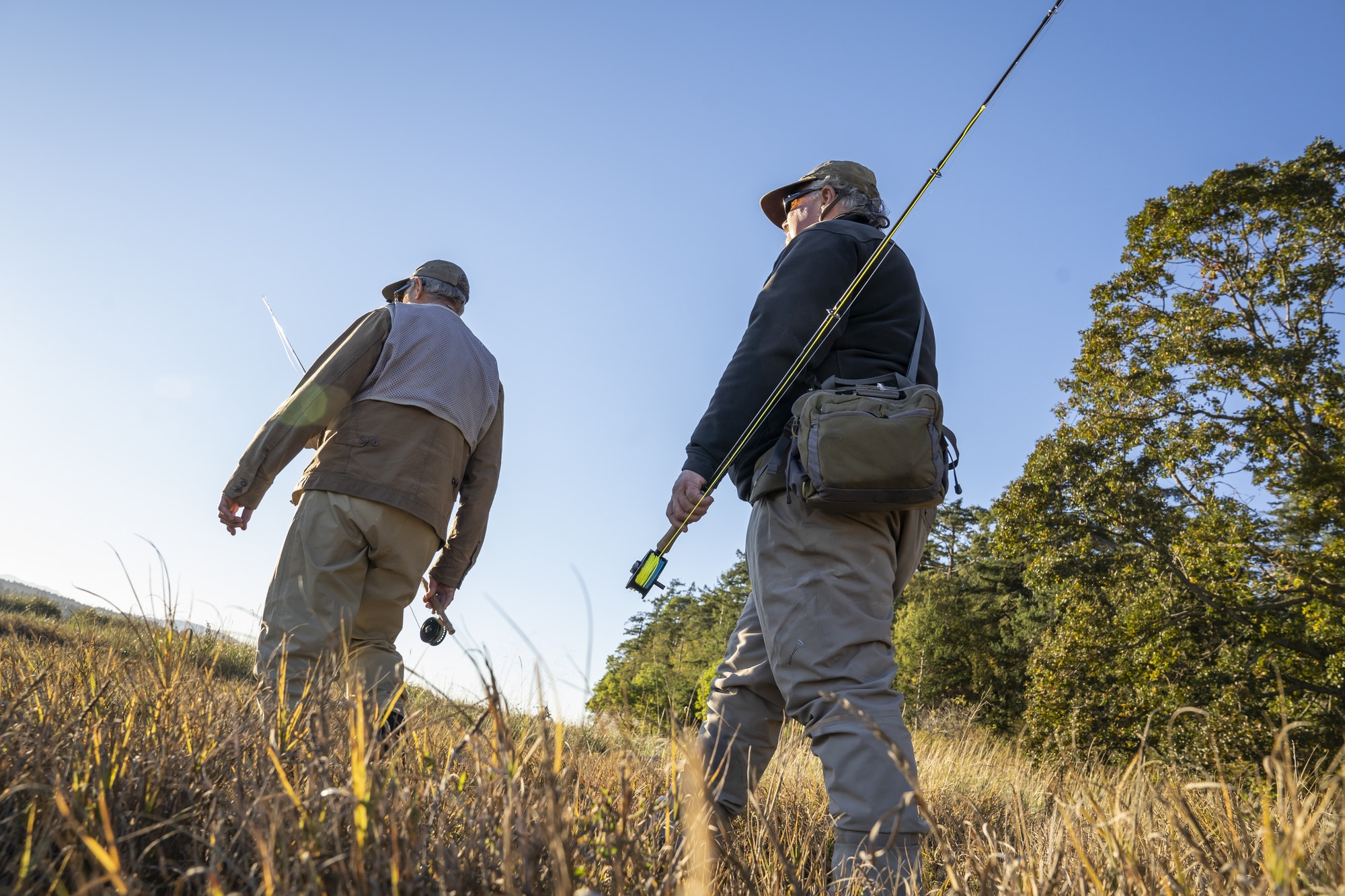 On the way to the Trout Fly Fishers River found only in La La Land.

Fly fishing is designed to give the angler the least chance of catching a fish – it’s like hunting lions with a pellet gun or sky diving with a bedsheet, but it gets looked at this way; a lousy golfer may be a duffer, but the worst fly fisher is still a fly fisher. — Skip Clement

“… Fly fishermen will wade out of any river that includes even one rod and spinning reel. A cane pole and bobber are, to a fly fisherman, what tap shoes and a straw hat are to a ballerina.

I am up to my nose in the sweet scent of sage and up to my knees in the upper Arkansas River, just below Leadville, Colo., the world’s highest toxic community.

I have been guided here by a local outfitter, Shorty, if the sign on the cash register is right–“No checks, no credit cards, no wet money, signed Shorty.”

I tell him I am interested in doing a little fishing.

I am carrying my $19.95 collapsible Wal-Mart spinning rig. On the leader I have triple tied a yellow and black multi-hooked bloated insect-looking thing, fierce enough looking to finish any picnic.

“You planning on catching rats with that?” Shorty asks.

An hour later I am on my way, armed with a map that has the best fly fishing spots along the Arkansas circled in red, a brand new brand name fly rod, top of the line reel, and tied at the end of my line is the barest imitation of a mayfly, or so Shorty insists.

I have had a quick lesson in fly casting, which is to say I have learned to throw like a bridesmaid, with my left hand.

I have had “hatch” explained to me. This is a secret held among fly fishermen, trout and the insect world.

Knowing the hatch is everything because trout are very particular about their diet and will eat only the freshest and tenderest pests, the smaller the better.

The fly fisherman will study the hatch and see what tiny new creatures have been born for lunch. The wise fly fisherman knows hatch like a jeweler knows carats.

I figure the $179.43 has been well spent because I am, as surely as a river runs through it, a fly fisherman.

Mt. Massive is over in the distance, still snow-splotched in summer, and the stillness is broken only by the sound of water slapping rock. I toss my phony mayfly at imaginary trout, for I see no other kind in the three hours I devote to being the best fly fisherman I can afford.

I have caught king mackerel and yellow fin in the ocean, hooked into a sailfish once but lost it. I’ve fished from shore and boat and bridge.

I’ve dragged more bass from lakes than I can keep, trolled the bottom of canals for catfish, kept carp and thrown back pike, cursed gar and slapped mosquitoes. Never once have I had a bad time fishing. 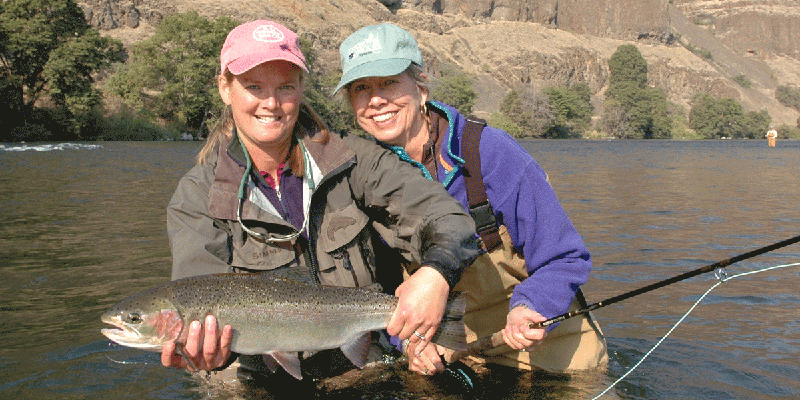 And I have never felt more foolish nor gotten colder feet than standing wet in the Rockies pretending to be Robert Redford.

When I get back to the car, a fellow fisherman with dry shoes is packing it in for the day as well. He is carrying a spinning rod and a cheap foam freezer chest.

I ask him how they were biting.

He reaches into the chest and pulls out what looks to be a 10-pound rainbow. Still dangling from the fish’s mouth is a fierce-looking yellow and black multi-hooked plastic lure.

He tells me he plans to have it mounted. I assume he means the fish.”